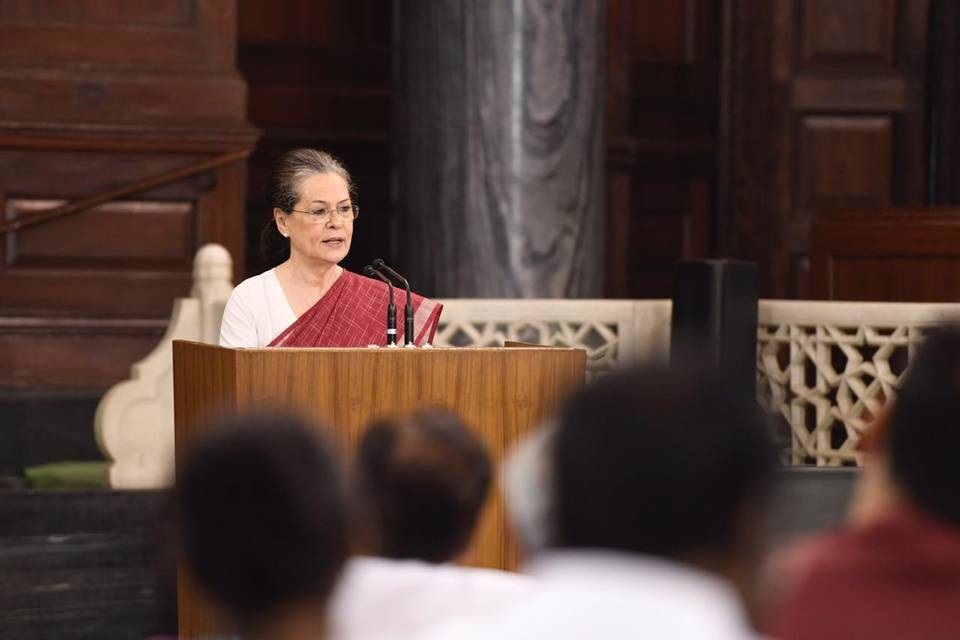 Senior political leader and UPA Chairperson, Sonia Gandhi was elected as the new Leader of Congress Parliamentary Party on Saturday

Sonia Gandhi was appointed as the Leader of Congress Parliamentary Party on June 1. The decision was taken at a party meeting held in New Delhi.

He wrote, “Smt. Sonia Gandhi elected as the leader of Congress Parliamentary Party! She says, ‘we thank the 12.13 Cr voters for reposing faith in the Congress Party.”

Rahul Gandhi, who resigned as Congress President soon after the elections results were announced, thanked the voters and party members at the meeting.

He said, “Every Congress member must remember that each one of you is fighting for the Constitution, for every person in India irrespective of the color of his skin or belief.”

Sonia Gandhi will now be selecting a Floor Leader for the Lok Sabha. Former Floor Leader and outgoing Karnataka MP, Mallikarjun Kharge was defeated in the 2019 Lok Sabha polls.

Former Party President, Rahul Gandhi is now expected to assume the role of Congress Floor Leader in the Lok Sabha.

The role comes with a series of responsibilities, including coordination with the government and other opposition parties. The Floor Leader also sets the party’s parliamentary agenda.