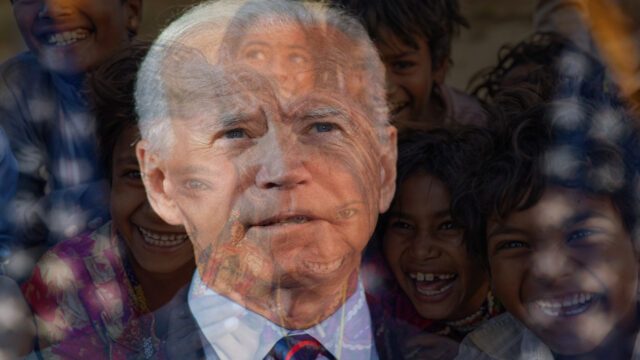 Joe Biden’s election as one of the most powerful leaders in the world was a development that interested experts all over the world. The United States struggled with its image of an expected leader who failed to show the path in times of a crisis (COVID 19). Racism emerged as a major challenge in the country and people came on streets to demand justice.

President Biden soon after his election, promised that racial justice would be delivered in the country. He acknowledged the rise in political extremism, white supremacy and domestic terrorism” and spoke of the need to take effective measures to confront and defeat the dangers.  The promising start of a term gave hopes to all. However, there have been instances in the US that have shown a different side of scenario. The recent incident where an Asian-American woman had to step down due to the lack of support from the Senate.

Neera Tanden, was President Biden’s nominee for heading the Office of Management and Budget.   She is a former head of an economic think tank and President Biden had shown immense support of her capabilities. However, the Senate did not approve of her selection and she withdrew her nomination. Since then, the whole instance has been described as a racist one. The media reported that the decision has racist connotations. However Tanden’s record of using social media to criticise the people in power was the stated reason for lack of support from the Senate.

Another wave of concern has been the rise in number of racist attacks on Asians in context of the ongoing ‘new Cold War’ between the US and China. The Washington Post reported the increase in violent hate crimes against Asian Americans. The projection of China as the “greatest enemy” for US has resulted in setting a mood of anti-Asian reactions. The public exchange of heated words between the two countries have further added to the sentiments.

This poses many serious threats. One, it risks the living conditions of Asians living in the US. Russel Jeung, a professor of History at the San Francisco State University shared his feelings about the foreign policy between the two countries having direct impact on the domestic conditions of Asians. He said that even the people who resembled Chinese features were being targeted.

This scenario is problematic for another reason. Due to the pandemic, people are struggling with their sensitivities. The political exchanges between US and China have led to a feeling of resentment against the latter. The shooting of six Asian women in Georgia on 16th March is said to have been “motivated by racial animus”. There have been reports indicating a rise in the number of such racial attacks. Former American President Donald Trump was not entirely careful with his words in his public addresses. On several occasions, he described the Coronavirus as the “Chinese virus” and other such derogatory terms. These further intensified the belief system in people which generated extreme feelings.

Racism has been a big challenge in the United States due to the large number of immigrants in the country as well as the cosmopolitan nature. The pandemic resulted in threats to the livelihoods of a large population with countless cases of unemployment. A direct consequence was the built up frustration and inter community classes. The killing of George Floyd in 2020 gave a momentum to the “Black Lives Matter” movement.  It is not unfair to suggest that US President Biden has a major challenge to deal with which is Racism.

The world today is not compartmentalised by geographical demarcations and US remains an important site for people to move to. Interestingly, the immigration run across levels of income. Thus, it is important that living conditions and fundamental rights are egalitarian. The American economy is dependent on Asian population and the infrastructure shows signs of fracture due to their dissatisfaction. US President Biden has spoken of propagating democratic values on many occasions. Racial justice is one of the important factors in that.

An important measure that President Biden has adopted is the cautious vocabulary in his speeches. This will stop legitimising violence due to racist tendencies. Another evident approach is the difference in dialogue addressed towards the Chinese national policy from that targeted towards the people.  On one hand, President Biden criticised the anti-democratic Chinese behaviour in Hong Kong. On the other, he promotes racial equality and condemns crimes with such causes.  Neera Tanden’s withdrawal of nomination has many sides to it and the truth is yet to be unveiled. While some believe it to be a case of racial discrimination, others infer it to be a case of past records of verbal negligence. A public clarification of the same is needed to avoid misinterpretations.

The US aims to re-claim its title of a world leader. Racism will be a big obstacle in that process on all fronts. It is thus certain that the policies be made clear for all to accept prevalence of equality in the society for all.