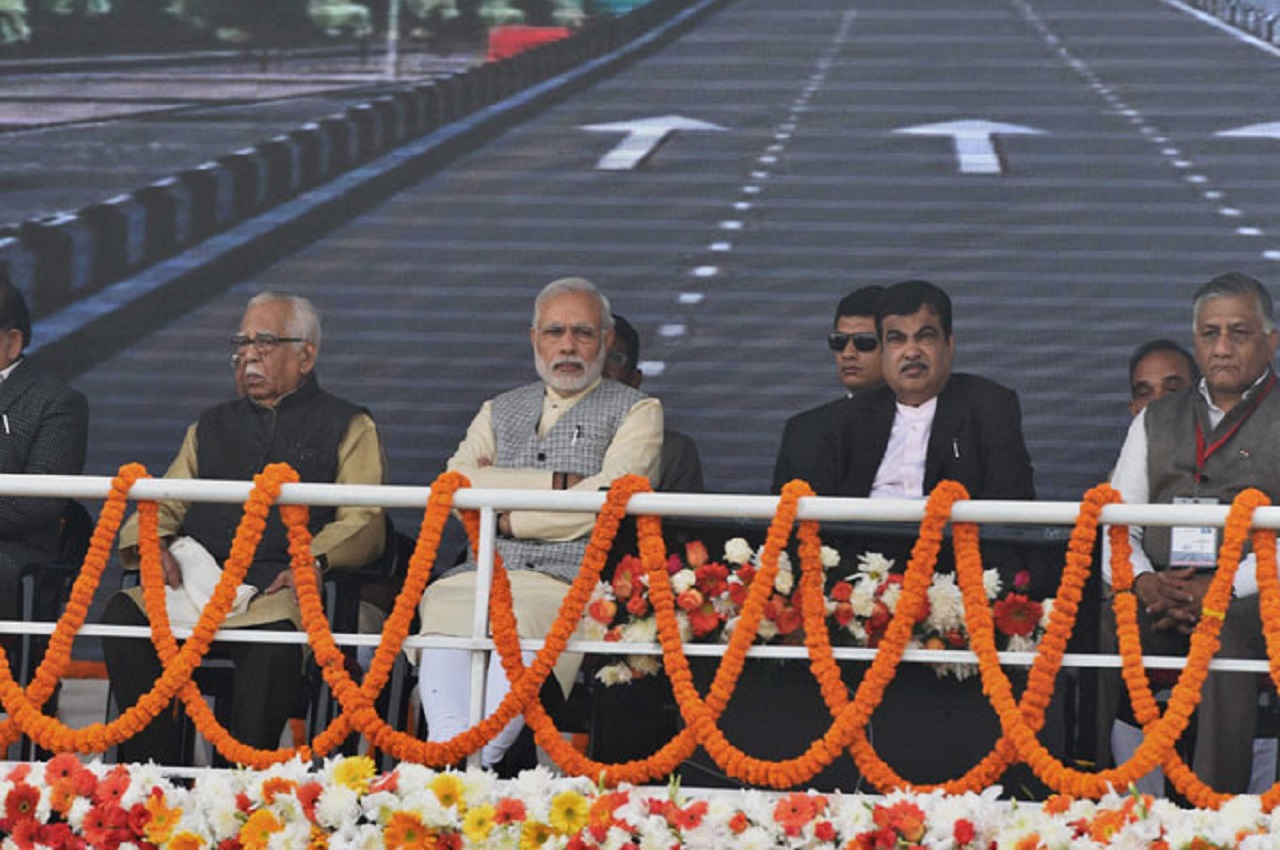 On Sunday, PM Modi Inaugrates the first phase of the Delhi-Meerut Expressway. The Expressway is being called the smart and green Eastern Peripheral Expressway

The project will do away with 31 traffic signals on the Delhi-Meerut Road and will cut travel time by 45 minutes from the current two and a half hour journey.

The total length of the expressway has been pegged at 82km while the first phase stretches across 27.74km. The first stretch is 14-laned.

PM Modi laid the foundation stone for this project in December 2015, and while inaugrating the first stretch rode on the expressway waving to the public who were there to cheer him. Road Transport and Shipping Minister Nitin Gadkari rode along side with a separate car and convoy.

The first phase has costed Rs. 842 crore for the first 9km and the total project cost has been budgeted at Rs. 7500 crore.

The expressway, in its totality, will also have bicycle tracks between Delhi and Dasna for a stretch of 28km that will have a width of 2.5 metres.

PM Modi’s roadshow for the inaugration started at Nizammuddin Bridge and then he flew to Baghpat in U.P. to properly inaugrate the first phase.

A cost of Rs. 1122 crore has been calculated for the six-laned construction of 22km of Dasna-Hapur section on NH24.

Vertical gardens with solar power system and drip irrigation can be seen on the Yamuna Bridge leg of the expressway. There are eight solar power plants on this expressway having a capacity of 4000-kilo watt (4MW).

This bridge is the first of its kind in the country.

Another feather in the Modi government’s hat, the construction period for this project had been set at 30 months whereas it was completed in only 17 months.