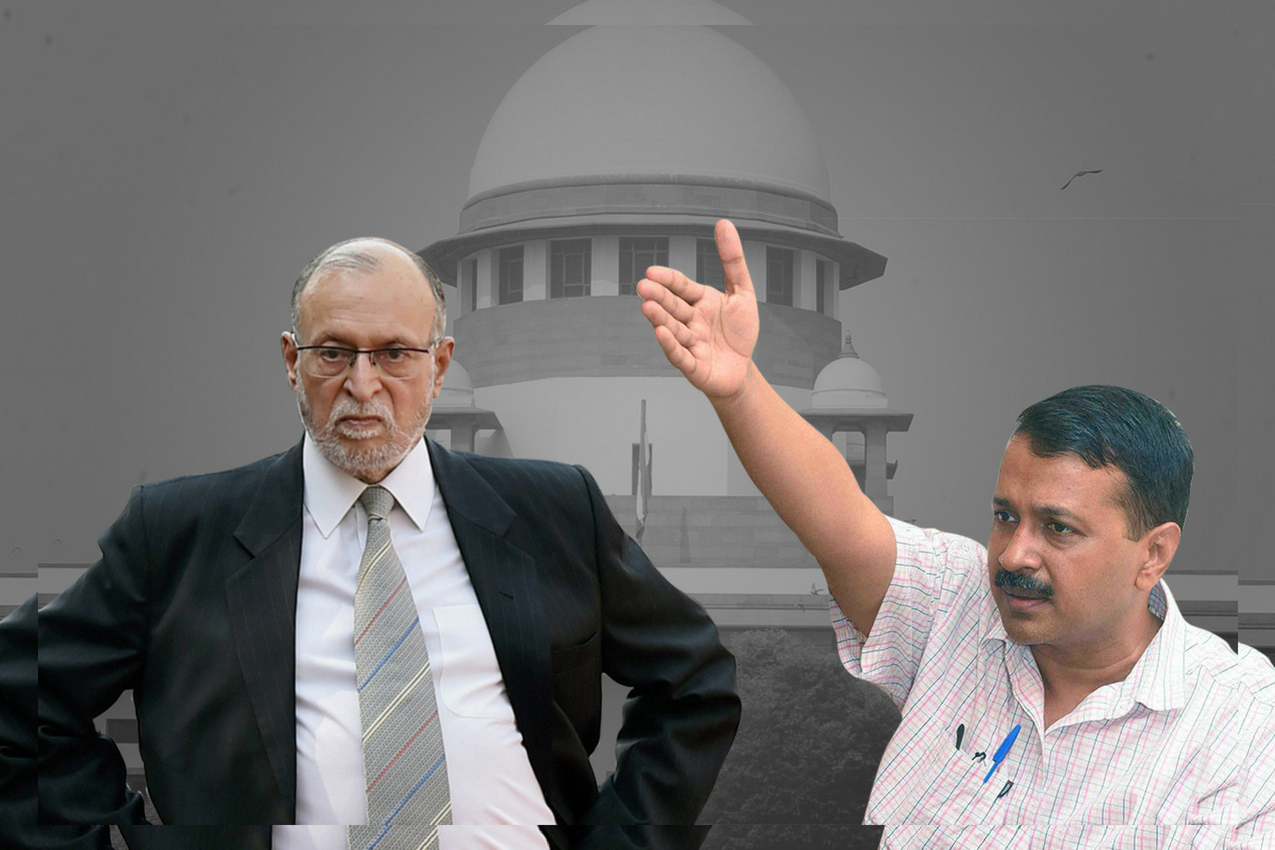 The constitutional bench of the Supreme Court on Wednesday in a major ruling said that the Delhi Lieutenant Governor cannot act independently and must take the aid and advice of the Council of Ministers.

The bench was discussing the power tussle between Delhi CM and Lieutenant Governor in the national capital. Chief Minister Arvind Kejriwal had accused L-G Anil Baijal of taking decisions of an elected government and delaying work by sitting on files. The Centre, which appoints the L-G, had contended that “for any centrally administered territory… and especially Delhi in respect of its unique position… responsibility is on the shoulders of the Union Government”.

The matter was heard by a five-judge bench which was headed by CJI Dipak Misra and comprised Justice A K Sikri, Justice A M Khanwilkar, Justice D Y Chandrachud and Justice Ashok Bhushan. It had reserved its verdict on December 6, 2017.

In its ruling the apex court said Delhi is to be run by the elected government. Barring police, land and public order, the Delhi government can make laws on any subject and does not need the concurrence of the L-G. The Supreme Court, however, has clarified that Delhi does not enjoy full statehood.

Bench also observed that the national capital enjoys special status and is not a full state. Hence, the role of the L-G is different than that of a Governor. The apex court also observed that neither the state nor the L-G should feel lionized, but realize they are serving Constitutional obligations. “There is no space for absolutism or anarchy in our Constitution,” the SC stated.

CJI Dipak Misra while reading out his judgment in the case says the L-G cannot act independently and must take advice from the Council of Ministers. The Council has to inform the L-G of its decisions. The CJI advised both the state and the Union must act in harmony and enjoy a healthy relationship.