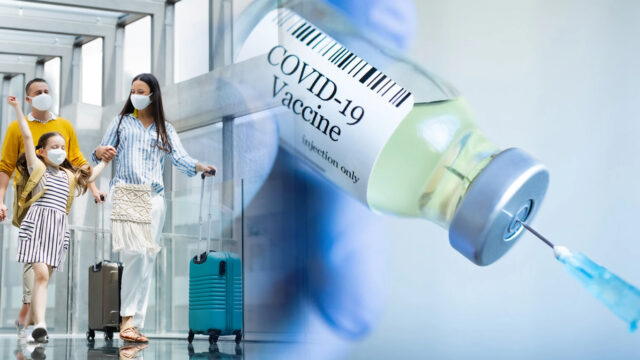 The UK government recently announced the decision to drop the 3 tiered traffic light system that has been in place since the travel restrictions were imposed after the outbreak of the pandemic. However, there was much hue and cry about India being left out of the list of countries that were exempted from self isolation and quarantine if the traveller was fully vaccinated. This directly implied that the Indian vaccines were not acceptable.

Yesterday, the UK government  finally made changes to its foreign travel guidance and approved the Indian Covishield vaccine. This came after many high profile Indian leaders raised voices against the earlier decision. Indians described the rule of compulsory quarantine despite being fully vaccinated as “discriminatory”.

Foreign Secretary Harsh Vardhan Shringla on 21 September 2021 had said that “As we go along, we will have to see how it goes, but if we don’t get satisfaction, we would be within our rights to impose reciprocal measures”. He also said that the policy was discriminatory and impacted the Indian citizens travelling to UK majorly. UK has a huge Indian Diaspora as well as thousands of students travel for higher education.

Indian political leaders like Jairam Ramesh, Shashi Tharoor and and many other accused the decision of displaying “smacks of racism”. Indian External Affairs Minister Dr S Jaishankar met his British counterpart Liz Truss on the sidelines of the UN General Assembly meeting and raised the issue.

The Covishield vaccine is a licensed product approved by a UK company and manufactured in India. 5 million doses of the vaccine were supplied to the UK and therefore the non-recognition of the vaccine did not stand acceptable.

While the UK government has now recognised Covishield, there are ongoing discussions about the vaccination certificate issued by the CoWin app with the Government of India. The Hindu reported that there are still procedural and technical concerns about its recognition. For now, all Indian travellers will have to quarantine for 10 days irrespective of their vaccination status. Currently only AstraZeneca, Covishield, AstraZeneca Vaxzevria and Moderna classify as approved vaccines according to the UK government.

The COVID 19 pandemic shook the world geographically as well as politically. Apart from the change in political dynamics, it resulted in other complications like the vaccine politics. While the economic consequences of the vaccine diplomacy have been crucial, it is the politics that has led to new alliances as well as tiffs. A word about the final verdict from the UK government’s side is awaited.