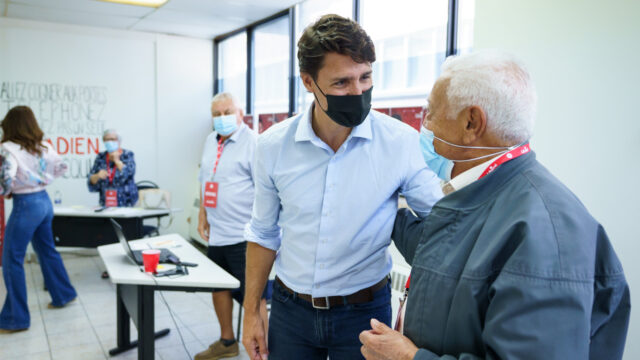 The elections in Canada have ruffled several feathers after Justin Trudeau’s third win. The election took place during the fourth wave of the COVID 19 pandemic. Though the elections were due after two years, Prime Minister Trudeau called the snap elections early in the hope of winning with majority. This was to help him gain control of the House of Commons which was denied in the 2019 elections. However this year again, the same situation prevailed and he won though his party failed to get majority votes. The Liberals failed to secure the minimum number of 170 seats out of 338 needed for rule in the House of Commons. Mr Trudeau however spoke to the small crowd and thanked people for giving a “clear mandate to get Canada through this pandemic and the brighter days ahead”.

Conservative Leader Erin O’Toole who lost in the elections despite the initial momentum, said that Trudeau should not have called an election during the pandemic. He expressed his disappointment and said that while their support has grown, there is “clearly more work”. He was less known than the much famous opponent but there were hopes regarding his successful campaign. Even the public opinion was against the holding of elections and the turnout was just around 58%.

The elections have led to questions about the urgency of the election due to two major concerns. One , it resulted in crowds at the election offices. In the midst of a pandemic, that can lead to the rise in the number of cases especially in the danger of the Delta variant. The second issue voiced by the leaders of the country was the expenditure on the election including the campaigns. There have been voices questioning the amount spent which was as high as USD 470m. There were additional expenses in this election including masks, hand-sanitisers, supply of single-use pencils, etc. Reuters reported an Environment Studies Professor calling the elections “incredibly wasteful” and a “vanity project”.