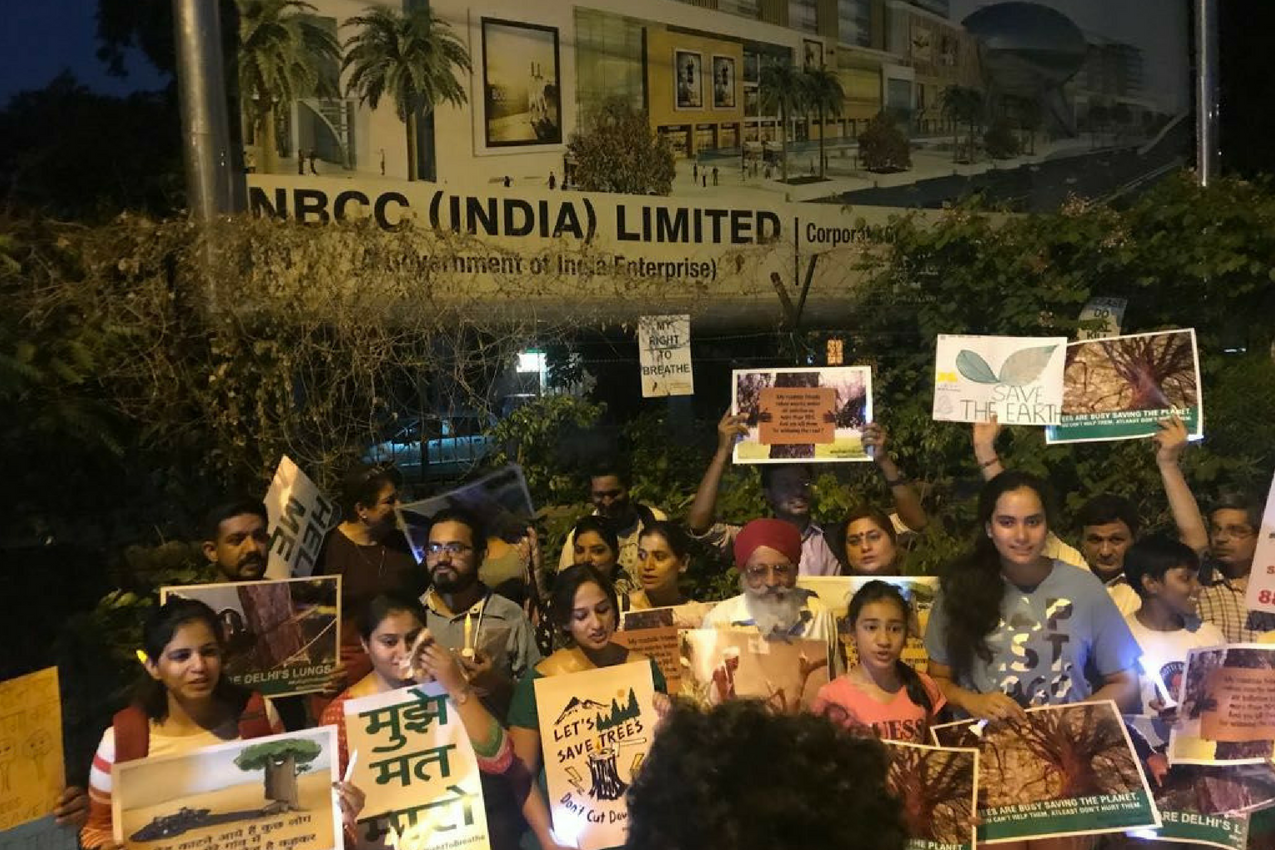 On a sweating, sunny, Sunday afternoon, more than 1,500 Delhiites gathered near Sarojini Nagar for their very own Chipko Movement.

While the AAP government in Delhi and the Union Government are busy playing blame games about who gave permission to cut down 1,400 trees, Delhiites are taking to the roads to fix something about the city’s
almost-destroyed environment.

The order to cut down the trees came with the perspective of creating space to give way to redevelopment of Central Government’s quarters. Initially, according to a report by Environment Impact Assessment, a total of 16,500 trees were to be felled. The Union Urban and Housing Affairs Ministry countered this with the declaration that they were only targeting 14,031trees.

“We would not allow the trees to be felled. Just like the Chipko movement, we would hug the trees if anyone comes to cut them,” said Verhaen Khanna, an environment activist and one of the protest organizers.

During the protest, the participants hugged the targeted areas of trees, decorated them, and tied green ribbons that looked like rakhis, held up banners, and shouted slogans. Their placards carried messages urging more people to join into the protest and not allow this heinous activity to be committed against the environment.

As an additional step, the protestors even distributed free tree saplings to be planted.

“From Monday at least 10 volunteers will sit and spend the day at the same place in Sarojini Nagar where Sunday’s campaign was organized. This relay campaign will continue till the government revokes its decision,” said Anil Sood, an advocate who had filed a petition with the NGT (National Green Tribunal) regarding this matter.

According to the AAP government in the state, the protestors have their full support. AAP’s spokesman Saurabh Bhardwaj and their Environment and Forest Minister Imran Hussain, both joined the campaign, even though the organizers were very clear that this movement is apolitical.

On the other hand, BHP’s Delhi unit is blaming the AAP Government for actually approving the order, and then playing politics with contradictory actions like joining the movement.