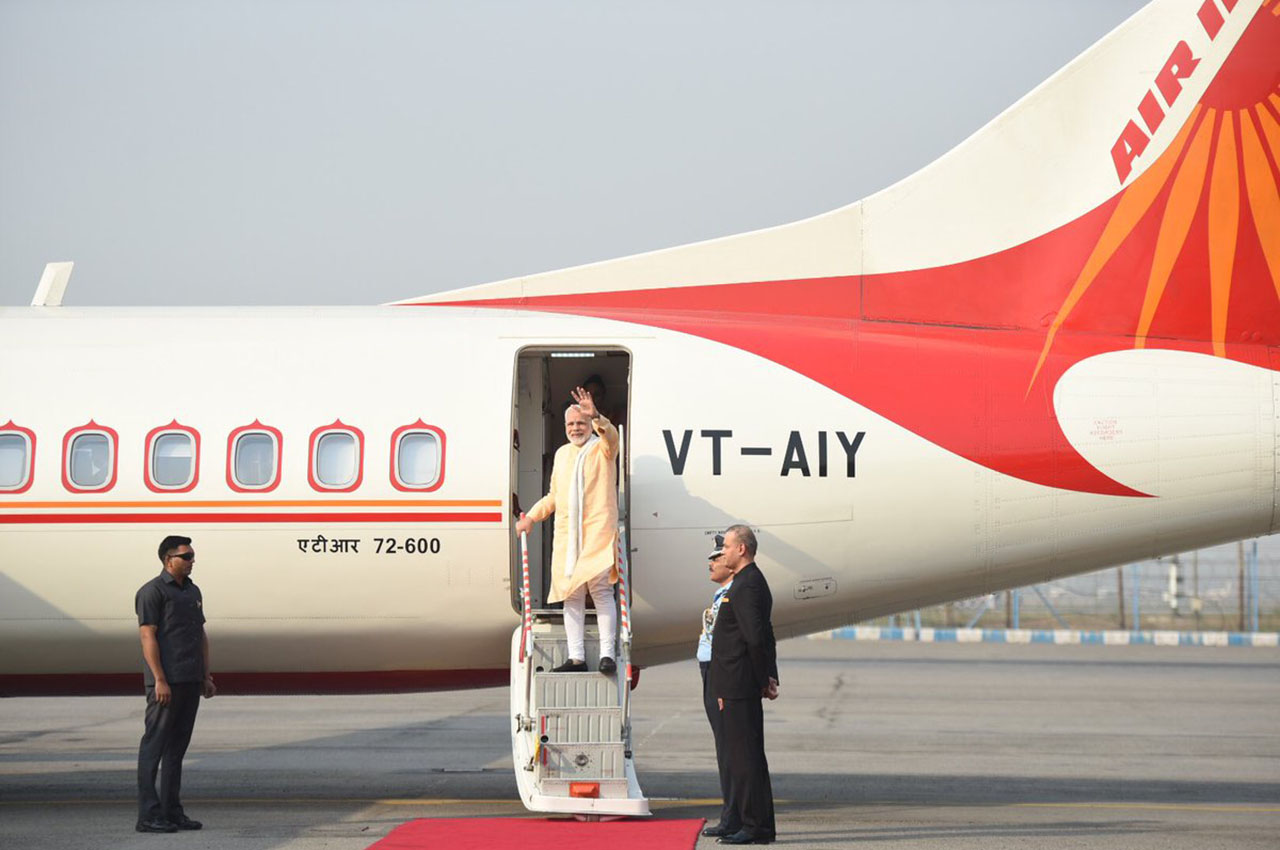 On his third visit to Nepal, Modi will become the first Prime Minster to offer prayers at Janaki Temple with “khodasopachar” rituals. Modi, on his two-day visit to Nepal, will meet Prime Minister KP Sharma Oli, President Bidhya Devi Bhandari, Vice President Nanda Bahadur Pun and the leaders of the major political parties.

Thousands of people from Nepal and India have gathered to see PM Modi in Janakpur, where he will address public after a civic reception. This time PM Modi travelled the short distance to Nepal in Air India ATR 72-600 turboprop aircraft, instead of flying through Boeing 747-400 jet owned by Air India, which is generally used by top Indian leaders and the President.

One of the policies for Indian external affairs and bilateral relations, announced by Pm Modi at the start of his ruling session, was ‘Neighbourhood First’. It focuses on improving ties with the neighbouring countries that consist of Nepal, Bhutan, Pakistan, China, Bangladesh, Shri Lanka etc.

As part of this policy, PM Modi’s visit to Nepal will achieve number of MoUs signed with Nepal and the inauguration of the Rs. 6,000-crore Arun 3 project, which is expected to generate around 900 MW of power.

“My visit closely follows the State Visit of Prime Minister Oli to India last month. These high-level and regular interactions reflect my government’s commitment to the ‘Neighbourhood First’ policy, in consonance with the motto of ‘Sabka Saath, Sabka Vikas’,” PM Modi tweeted before leaving for Nepal

“As Nepal enters a new era of consolidating gains of democracy and achieving rapid economic growth and development, India will continue to remain a steadfast partner of Government of Nepal to implement its vision of ‘Samriddha Nepal, Sukhi Nepali’.”