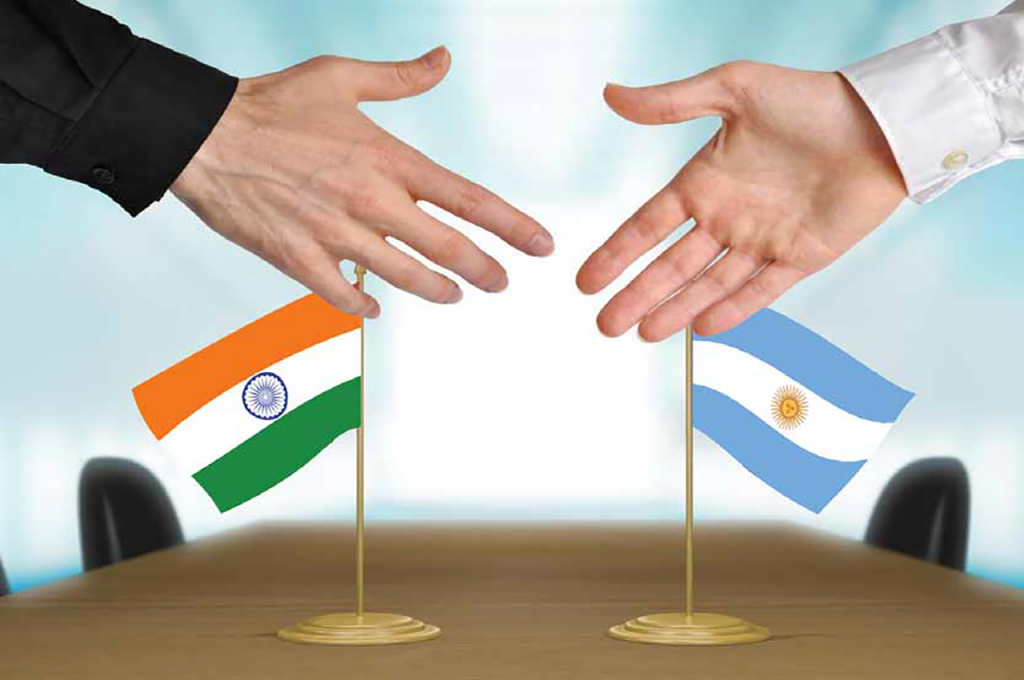 India-Argentina relations are cordial and encompass political, economic, scientific and technological cooperation including Antarctic research and cultural cooperation. There are no outstanding disputes between India and Argentina. India opened a Trade Commission in Buenos Aires in 1943 and later converted it into an embassy in 1949. Argentina had established a consulate in Calcutta in the 1920s, which was transferred to Delhi as an embassy in 1950. Argentina opened a Consulate General office in Mumbai in April 2009. 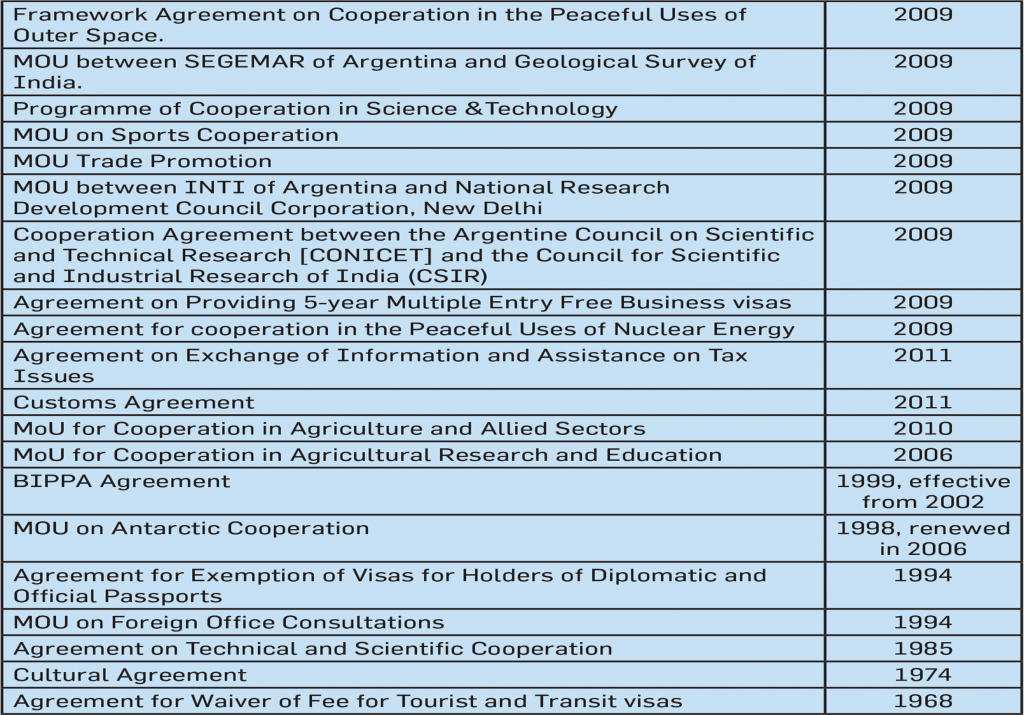 Support in Multilateral Fora
India and Argentina have always supported each other on major international issues as well as India’s candidature to various UN and multilateral bodies. Argentina has always expressed its gratitude, in particular, for India’s support to Argentina on the sovereignty issue of Malvinas Islands and recently, on the issue of sovereign debt servicing and holdout creditors. 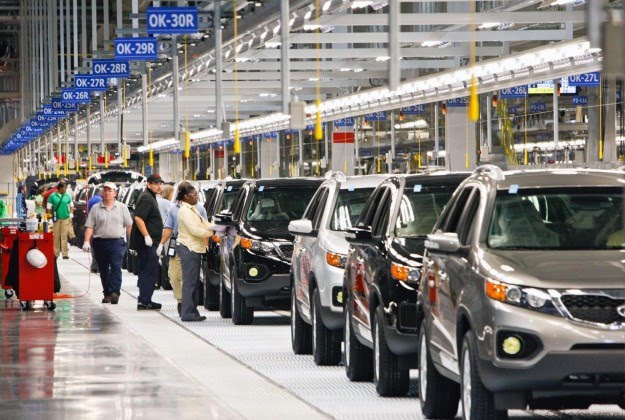 India´s Exports to Argentina
Major exports include organic chemicals, vehicles and auto-parts, lubricants, machinery, sound, and image devices and garments, among others.

Investments, Joint Ventures and
Business Delegations Thirteen Indian Companies have established operations in Argentina with investment totaling to $930 million. Indian companies include TCS, CRISIL, Bajaj, Cellent, Cognizant Technologies, United Phosphorus Ltd (UPL), Sintesis Quimica, Glenmark, Godrej etc. Argentinian investment in India stands at $120 million. TECHINT, which is one of the largest seamless steel tubes manufacturers in the world, has offices in Delhi employing about 200 people. ONGC (OVL) has signed a MoU with ENARSA, their Argentine counterpart for possible joint ventures in Argentina for oil exploration. Indian company, Sonalika Pvt. Ltd. has signed a joint venture with Argentine Company Apache of Santa Fe for manufacturing tractors and Indian Bajaj motorbikes has signed a joint venture with Corven Argentina to produce and sell motorbikes in the local market. During 2014, IMPLATEC Argentina developed a strategic alliance with the Indian company APPASAMY ASSOCIATES, a global leader in the ophthalmological market and both companies have inaugurated the first producing plant of intraocular lenses in Argentina with a manufacturing capacity of 20,000 lenses monthly. Halal India and Halal Argentina have started a joint venture for production and exportation of halal meat. Ishka Renewable Farms Private Lt from Kerala signed a joint venture with Cooperative Al Caparras to cultivate 1000 acres of capers in the next 10 years in the Argentine province of Santiago del Estero Argentina. An Argentine delegation participated in the India-LAC Investment Conclave held on 7 and 8 October 2015 in New Delhi. They met several business houses and chambers of commerce in Delhi during their visit. Two export promotion council delegations from India, Chemexcil, and Pharmexcil visited Argentina in February and September 2015 to organize B2B exhibitions in Buenos Aires.

Important Breakthroughs in India-Argentina Trade Relations
Argentina finally addressed India’s concerns and agreed to include India in the Annexure II of Argentine Presidential Decree on Pharma imports in August 2014. India had been pursuing this issue for a long time and India’s inclusion will boost pharma exports from India to Argentina. It is noteworthy that no Presidential decree has been amended in the trade and health sector by Argentina since the last 15 years. After the successful resolution of phytosanitary issues between India and Argentina India has allowed the import of apples, pears and quinces from Argentina.

Regional Action Plan
A unique Regional Action Plan was started in August 2012, to promote India´s commercial and economic interests in Argentina. Under the Plan, the provinces of San Juan, Cordoba, Mendoza, San Luis, Neuquen, Catamarca, Salta, Santa Fe, Entre Rios, etc. have been covered in the last year and the Ambassador has addressed various business seminars and interacted with regional leaders of trade and industry, looking for prospects for boosting trade relations. Governors and business delegations from various provinces have visited India since the initiation of the plan. A Memorandum of Understanding was signed with the City Government of Tandil, Province of Buenos Aires in December. 2014 to harness the vast scale of complementarities offered by India and Argentina and to exchange information regularly on commerce, trade and technological cooperation.

Cultural Relations
The Embassy has been organizing cultural programmes and visits of Indian troupes from time to time. In 2015 several Indian classical dancers visited and performed in various parts of Argentina and conducted workshops. In addition India weeks and days were organized in Lanus and Corrientes in 2015. Festivals celebrating Indian culture, dance and food have regularly been celebrated in the past in Argentine cities such as San Salvador de Jujuy, Almirante Brown, Tandil, Parana, Rio Cuarto and Buenos Aires. The First International Day of Yoga was celebrated on June 21, 2015 in all the 23 provinces of Argentina and the capital city of Buenos Aires, in collaboration with the provincial and municipal governments, as well as 72 Universities and 200 yoga schools. Among the 21 Indologists across countries who participated in the first World Indologists Conference in Delhi in 2015, Argentina´s 100 year old Indologist, Dr. Fernando Tola represented Argentina. Professor Carlos Moneta a renowned Argentine academic visited India under the Indian Council of Cultural Relation´s Academic Visitors Programme. Four Argentine films participated in the International Film Festival of India, 2015. India tourism promotion activities were held in the capital city and provinces of Argentina in collaboration with India Tourism Office, New York.

Indian Community
There are 888 Indians (401 with permanent residential status and 487 with temporary residential status) living in Argentina presently. Most of these Indians live in the capital city of Buenos Aires, some having lived there for over thirty years. Most of these are from the Sindhi community. Others are professionals working with fifteen Indian companies and multinational corporations like TCS, Cognizant Technologies, etc. About 300 Sikhs from Punjab have settled down in Salta province in the course of the early and mid-twentieth century. They have become Argentine citizens and are well assimilated in the local population. Most of them are in retail and wholesale trade.The first generation immigrants speak Punjabi. There is a Gurudwara in the town Rosario de la Frontera, where they celebrate Guru Nanak Day every year. President Giani Zail Singh had visited the Gurudwara in 1984.