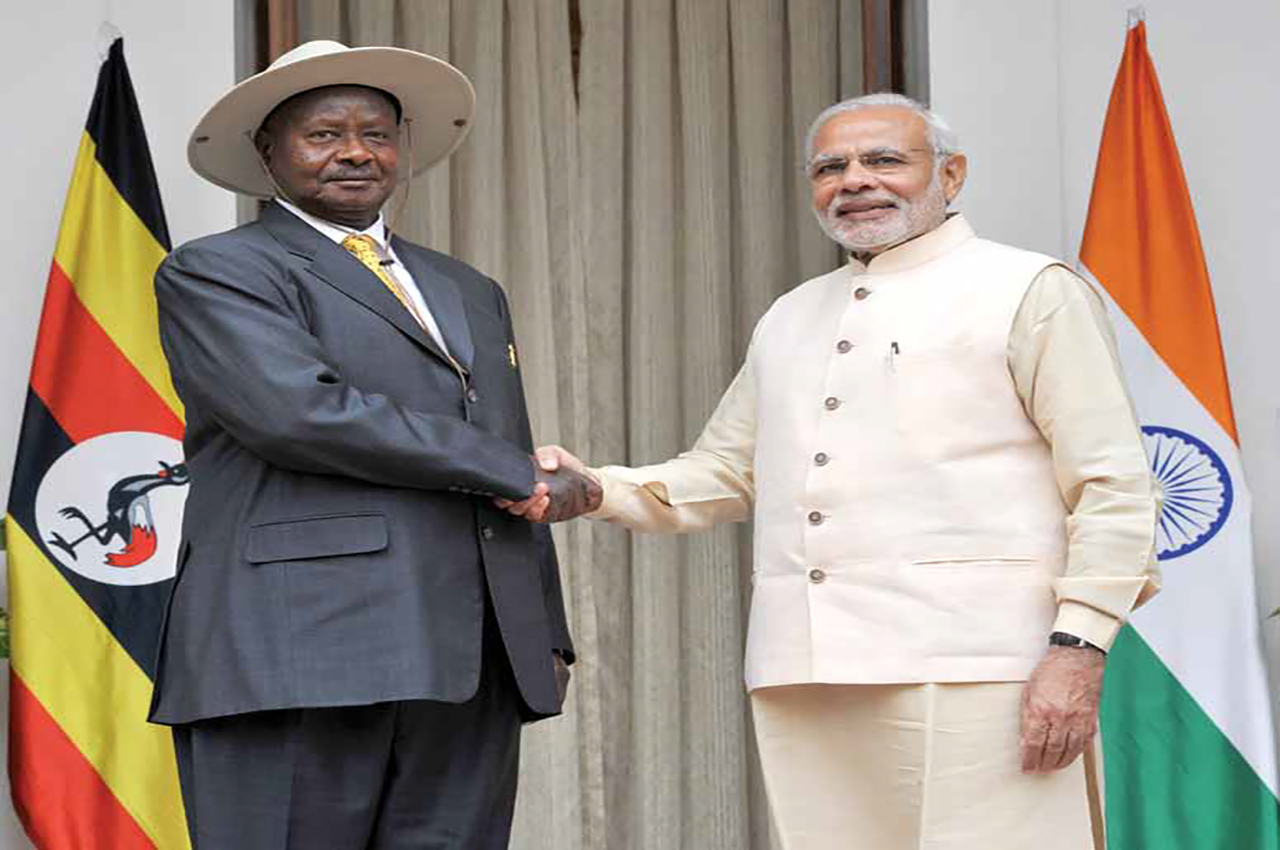 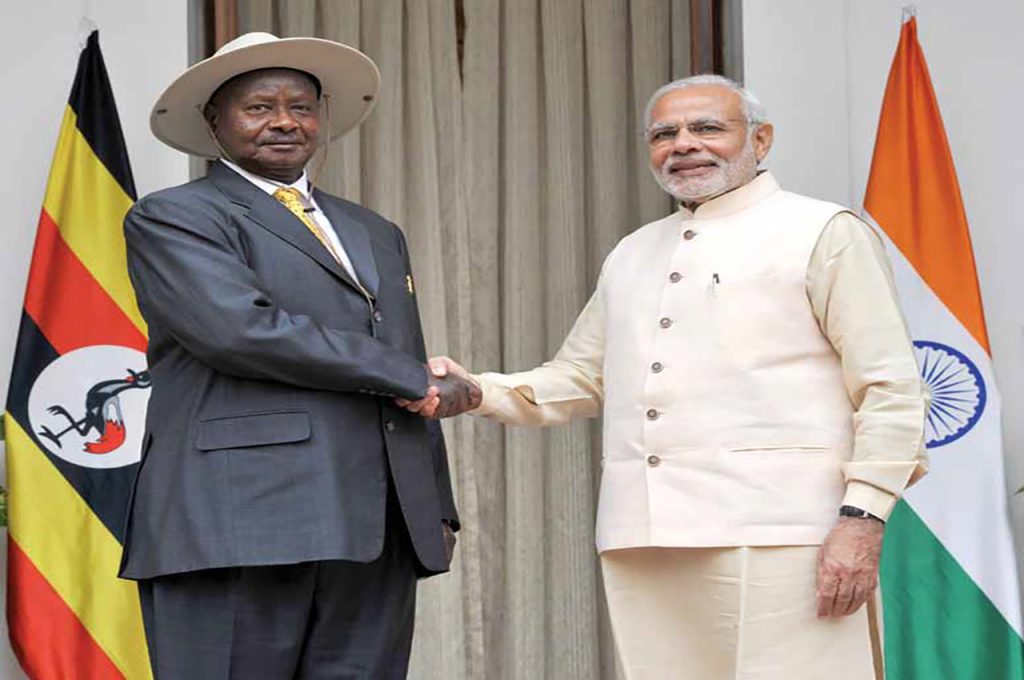 India and Africa have a relationship that can be traced back to ancient times. Contacts and trade between the people of the eastern seaboard of Africa and the western seaboard of India have been going on for centuries. However, the relationship has swung from a period of great emotional and political solidarity in the 1950s and 1960s to selective engagement in the 1970s and 1980s. Relations between India and Uganda began with the arrival of over 30,000 Indians in Uganda in the 19th century who were brought there to construct the Mombasa–Kampala railway line. Ugandan independence activists were inspired in their struggle for the Ugandan independence by the success of the Indian freedom struggle and were also supported in their struggle by Indian Prime Minister Jawaharlal Nehru. India’s first Prime Minister laid the foundation for India’s Africa policy. The importance of Africa, he felt, arose from the fact that “though separated by the Indian Ocean from us, it is in a sense our next door neighbor”. There were two major strands in his policy towards Africa. The first was the support for the struggle against colonization and racial discrimination in South Africa. On these issues, India was very active at the United Nations. The second was related to the people of Indian origin settled in Africa. He advised the Indians to identify themselves with the local community, adopt a more positive attitude towards the political aspirations of the people of their adopted countries. The Africans acknowledged both Nehru’s and Mahatma Gandhi’s support in the African struggle.

However, towards the end of Nehru’s tenure, India’s Africa relation dipped to a low. However, by the mid-1960s, India undertook a serious reassessment of its Africa policy and adopted some fresh initiatives. Indira Gandhi’s African Safari in 1964 was aimed at measuring the depth of African solidarity with India. Subsequently, India stopped treating African countries as a bloc and became selective in its friendship. It also launched a policy of economic diplomacy. This was flagged off by the launch of the Indian Technical and Economic Cooperation (ITEC) Program in 1964, primarily to counter China’s aid-diplomacy. Emphasis on economic diplomacy increased in the early 1970s in tandem with the realization among developing countries in Asia and Africa of the need for economic cooperation among themselves. In the post-Cold War era, with the emergence of an independent Namibia and a democratic South Africa, the main agenda that had brought India and Africa together—the fight against colonialism and institutionalized racialism—has disappeared. India’s Africa policy indicates a slight change as also some consistency in the post-Cold War era. It appears to be composed of five mantras: promoting economic cooperation, engaging the people of Indian origin, preventing and combating terrorism, preserving peace and assisting the African defence forces.

From the mid-1990s, organizations like the Confederation of Indian Industries (CII), The Associated Chambers of Commerce and Industry (ASSOCHAM), the Federation of Indian Chambers of Commerce and Industry (FICCI) and the Federation of Indian Exporters’ Organization (FIEO) identified Africa as a thrust area and launched program to promote economic and business cooperation. This included exchange of information, conducting one-to-one business meetings and organizing activities like ‘Made in India’ shows across Africa. In 1994, the government launched a program for cooperation with select African countries for the development of small scale industries (SSI). These countries were Nigeria, Senegal, Zimbabwe, Tanzania, Uganda, Kenya, Ghana and Ethiopia. The government offered finance for implementation of these programs under ITEC.

On account of geographical proximity, goodwill and cordiality between India and Uganda the economic and trade relations between, these two countries became more planned and purposive and in fact, it also generated the strong desire for mutual co-operation in the area of economic development and foreign trade, and India with its sound economic infrastructure, strong industrial base, advanced technology, skilled and trained manpower and enormous resources also demonstrated keen interest in extending full assistance for the economic and industrial development of a relatively more backward and underdeveloped Uganda. To develop closer bilateral co-operation between the two countries in the fields of art, culture, science, education, public health and mass media, India and Uganda signed the ‘Cultural Agreement’ in 1981. Also a MoU on Agriculture was signed between the two countries under which Uganda sought the co-operation of India in the development of agro-based industries, production and processing of oil seeds, horticulture, development of forestry, expansion of sugar industries and technical assistance.

The Indo- Ugandan economic relations witnessed unprecedented improvement since 1986 when the National Resistance Movement (NRM) led government took control of Uganda and Yoweri Kaguta Museveni became the President of the Republic of Uganda. As a matter of policy, the NRM government, from the very beginning, has been encouraging India’s participation in Uganda’s program of economic rehabilitation and reconstruction. Consequently, a number of economic and commercial delegations have visited India and Uganda thereafter. A twenty thousand plus Indian/PIO population in Uganda, a bilateral trade of nearly US$1.3 billion, a steady surge of Indian investments making India consistently one of the top investors in Uganda, capacity building training programs and institutions, and a common and deep respect for universal values like democracy and peace reinforce the architecture of India-Uganda bilateral relations. Alongside the growing political ties, India has become an important trade, investment, and aid partner. India remains one of the leading FDI investors in Uganda.

In 2013, India’s investments in Uganda were $122million. In terms of planned FDI Investments, India has consistently been among the top three FDI sources. It is estimated that Indians/PIOs have invested more than 1billion in the country during the last decade. India is also one of the largest trade partners of Uganda. In 2014-15, the bilateral trade stood at $296.76 million. 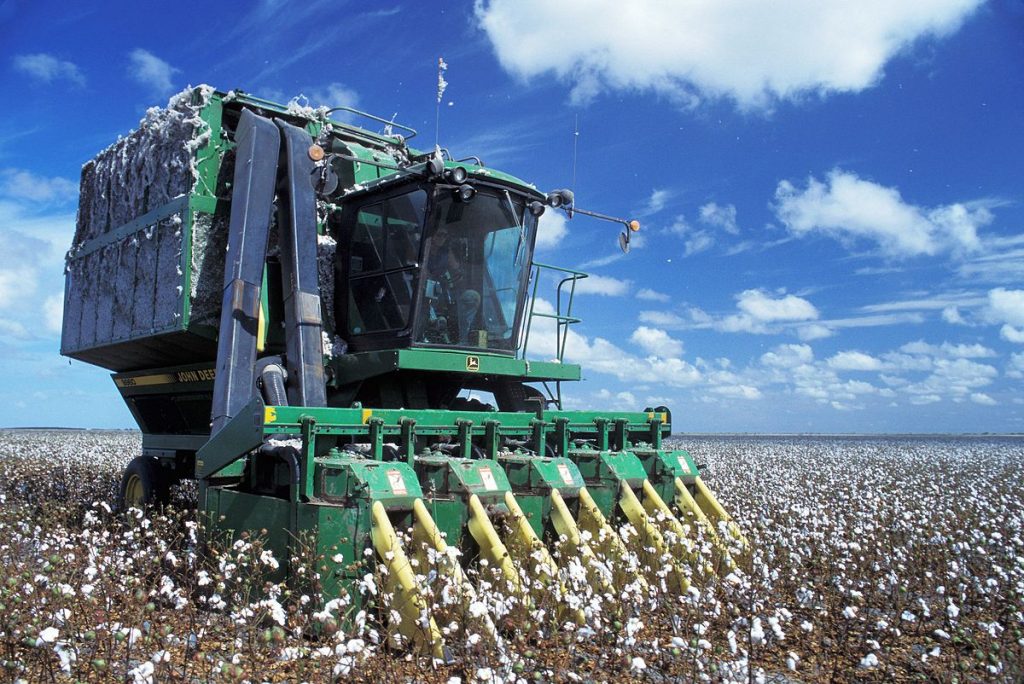 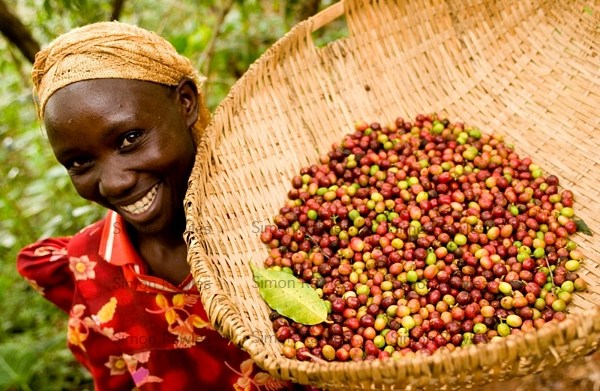 Major exports are: Pharmaceuticals, small industry and agro processing machinery, textiles, sports goods, etc. Almost 30 percent of Uganda’s pharmaceuticals are imported from India. India remains one of the leading FDI investors in Uganda. Coffee alone makes up about two-thirds of Uganda’s export basket to India. It is estimated that Indians/PIOs have invested more than US$1 billion in the country during the last decade. India is also one of the largest trade partners of Uganda. India’s strength is its soft-power capabilities and similar colonial experiences and the Indian Diaspora which contributes to Ugandan GDP have helped India to develop significant bilateral trade. But India’s position in Uganda is distinctive as its engagement is not purely economic and is also committed towards providing capable technical advisers and specialists for Uganda’s stability and growth. Furthermore, Indian companies are eager to contribute to the development of the nascent hydrocarbon sectors in Uganda and Tanzania, as Indian firms already have a presence in these countries.

India has opened an opportunity for African products to enjoy special trade preferences. This was revealed at the First Partnership Platform Meeting to start a project: Supporting India’s Trade Preferences for Africa (SITA), Nairobi, Kenya, July 9-11, 2014. The Sita initiative, led by the International Trade Centre (ITC), is a six-year (2014-20) project that aims to promote exports from five East African countries – Ethiopia, Kenya, Rwanda, Tanzania and Uganda – to India through investment and skills transfer from the latter to the former. All efforts are being done to make the SITA project to succeed by having thorough: stakeholders’ awareness; analysis of supply and demand potential; sector selection for project design; establishment of project governance structures; establishment and operationalization of SITA partnership platform; and needs assessment and project at inception phase that will ensure smooth implementation.

The SITA project’s core objective is to position India as a partner to improve the productive and export capacities of: Ethiopia, Kenya, Uganda, Rwanda and Tanzania. The countries were selected to export mainly agriculture products where there are comparative advantages and have ready market in India. During the SITA implementation period 2014- 2020, Ugandans shall be free to export to India: oil seeds, fruits, pulses, and rare opportunities in business process outsourcing in computing, accountancy, engineering and law. Other products like longest staple and whitest cotton grown in Uganda may be added on the list once the market in India is responsive.For Uganda to immensely benefit, it is therefore wise for the Ministry of Agriculture and Animal Industries, Ministry of Trade Industry & Cooperatives and the private sector engaged in agro-production, processing and marketing; ensure increased production and storage of the selected products so that the quality, quantity required in India are sufficiently mobilized.

In conclusion, the combination of a valid export strategy, its proper implementation, greater awareness through improved information dissemination, a more inclusive architecture of the scheme, and enhanced Indian investment, technology transfer and development aid in priority export sectors may help Uganda boost its exports. This requires effective actions by the Government of India to improve the outreach of the policy and measures by the Government of Uganda to implement a well-crafted export strategy without delay and to address horizontal constraints faced by exporters at large is required.