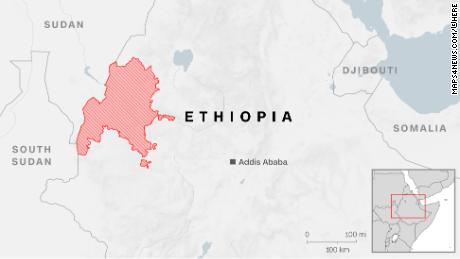 Ethiopia has been in a state of war for months now. In the months of fighting across Ethiopia’s Tigray region, more than sixty thousand Tigrayan refugees have fled into neighbouring Sudan, while 80 per cent of the citizens have been cut off from life-saving humanitarian access. The war-like situation has led to mass atrocities, rapes, execution, and the destruction of the region’s critical infrastructure. The stakes in Tigray are quite high and the civilian toll is equally high.

The seeds of the calamity grew in the last century when the border between Ethiopia and Sudan was set, though it was never formally demarcated by Ethiopia’s founding father, Emperor Menelik II during the British-Sudanese condominium. Since 1993, a patch of agricultural land on the Sudanese side of the border, the al-Fashqa Triangle has been occupied by Amhara farmers. The Sudanese government relocated many of them in recognition of the historic claims to the area. Ethiopia has acknowledged the historic legal boundary putting al-Fashqa inside Sudan, while Sudan has granted Amhara farmers continued rights to cultivate the land.

The Qemant have always lived under the cultural and economic dominance of the Amhara people which in recent years have turned into self-rule. The 2017 referendum, creating a Qemant autonomous zone ended up without any solution, resulting in clashes between the two groups.

Thousands have been killed since clashes erupted in November last year in Ethiopia’s northernmost Tigray region when Troops were sent by Prime Minister Abiy Ahmed to topple the Tigray People’s Liberation Front (TPLF), which is the regional ruling party. The move he regarded came in response to TPLF attacks on army camps.

Violence has spread in various ethnic groups in bitter battles over land and spread from Tigray into Ethiopia’s neighbouring Amhara region. In recent days, members of Ethiopia’s Qemant ethnic fled to Sudan, making the situation worse and widening the war. Houses have been burnt and people on a large been murdered. With the fear for their lives, people have fled into the neighbouring states leaving their lives behind.

The displacement of people in Amhara and Afar has led to the creation of a new humanitarian crisis. The United States has warned that food aid will run out this week which will make around 4 million people in starvation. The Ethiopian government has been obstructing humanitarian aid including the air and land convoys. Many people have died in the region due to starvation. According to the reports by the United Nations (UN), around 200,000 people have been displaced from their homes in Amhara. On the other hand, the UN’s humanitarian agency has declared that thousands had fled in April this year as the clashes between the two communities intensified.