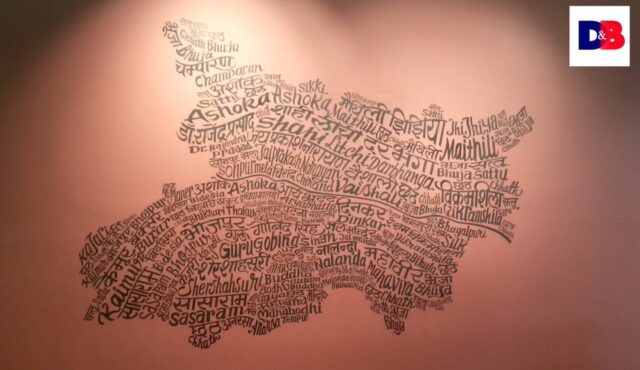 Bihar is celebrating its 110th foundation day, today. Carved out of Bengal on 22nd of March, 1912, Bihar Diwas or Bihar Day is celebrated across the state every year to mark the formation of the state. The theme of Bihar Diwas 2022 is ‘Jal, Jeevan, Hariyali’ signifying the cultural heritage and prosperity in the state.

Located in the central-eastern India, Bihar is the third most populous state in the country. The state enjoys unique location-specific advantages because it is surrounded by states like West Bengal, Jharkhand and Uttar Pradesh. In agriculture, Bihar is one of the strongest states as three-fourths of the population of the state depends on agriculture and animal husbandry.

Bihar’s history is profound and unique, it can be traced back to the pre-historic period. The earliest documented history can be traced to the epic Ramayana wherein Mithila is mentioned to be the birthplace of Lord Ram’s wife, Sita. The author of Ramayan, Maharishi Valmiki, also, lived in ancient Bihar. Looking at ancient Bihar, it is significant to note that the Mahajanpada period and the rule of the Magadha Empire had brought ample fame and glory to it. Pataliputra (modern day Patna) was the capital of ancient India’s powerful Magadha kingdom and a hub of dynasties. The Mauryan emperor, Ashoka (born c.304 BCE, died c. 232 BCE), who was born in Pataliputra (Patna), is believed to be one of the greatest emperors in the history of the world. Ashoka’s Dharma Chakra was incorporated into the national flag of independent India.

Bihar is also prominently known for its rich cultural heritage, it is undoubtedly the birthplace of religions like Buddhism and Jainism. It was in Gaya, a small city in Bihar, where Gautam Buddha attained enlightenment and became a guiding light for generations to follow.

People of Bihar celebrate festivals and religious events with great happiness, camaraderie and love. The main festival of Bihar is the Chhath Puja, in which the sun god is primarily worshipped. While other festivals like Sama-Chakeva, Ramnavami, Makar-Sankranti, Bihula, Madhushravani, Teej, Pitrapaksha Mela, Sonpur fair, and Shravani Mela are celebrated with great enthusiasm.

When it comes to language, Bihar is a collage of several languages with languages like Hindi, Bhojpuri, Maithili, Urdu, Angika and Magahi occupying the central scene. In art, Bihar has gifted the world with a very popular art form called Madhubani. Madhubani paintings were earlier done on mud walls but today they are done on cloth, handmade paper and canvas. The stencils used while creating the painting include twigs, brushes, nib-pens and match sticks. Patna Qalaam, the Patna School of Painting is an offshoot of the Mughal Miniature School of Painting which flourished during the early 18th to the mid-20th century in Bihar. The style is famous for its use of soft colours and the use of handmade paper or mica sheets. Most of these artworks are a portrayal of the daily life and lifestyle of the people of Bihar.

Bihar is a flourishing state with a lot of tourist destinations, the passage of Ganga, flowing through the state enriches the plains of Bihar before distributing in Bengal’s deltoid zone. Among all Indian states, Bihar is the only one which is most intimately and intrinsically linked to Buddha’s life and growth resulting in a huge trail of pilgrimages that come to Gaya, every year, to pay their visit. Some of the major tourist places to visit include Mahabodhi Temple, it houses the Bodhi tree where aroud 2600 years ago Gautam Siddhartha became Gautum Budhha; the 80 feet Buddha statue, unveiled and consecrated on November 18, 1989, with a ceremony graced with the presence of His Holiness the XIV Dalai Lama, is also a thirst-quenching sight; Vishwa Shanti Stupa is a magnificent white marble and concrete stupa whose dome rises about 125 feet high, it was built in 1969 at the top of the Ratnagiri hill to commemorate the Buddha. The ruins of the ancient Nalanda University are also a very eye-pleasing tourist destination; Barabar Caves, the seven caves (Satgarva) were created in the time of Ashoka for the Ajeevikas (Buddhist monks); Kesaria Stupa is a massive stupa that was unearthed by ASI in 1998, it is claimed to be the world’s tallest excavated stupa at 104 feet height having a circumference width of 1400 feet.

Bihar’s ancient historiography is evident from its name, which is derived from the ancient word “VIHARA” (monastery). It is indeed a land of monasteries and beautiful traditions. Bihar stands out as a state soaked in historical heritage and multi-cultural ethnicities. Prime Minister Narendra Modi, on the occasion of Bihar Diwas tweeted,

“Happy Bihar Diwas to all the brothers and sisters of Bihar. I wish that this state, rich in historical and cultural heritage, continues to set new records of development.”

Bihar Diwas was also celebrated by the Indian Embassy in Uzbekistan, Tashkent with its primary focus on culture, investment opportunities and tourism in the state.