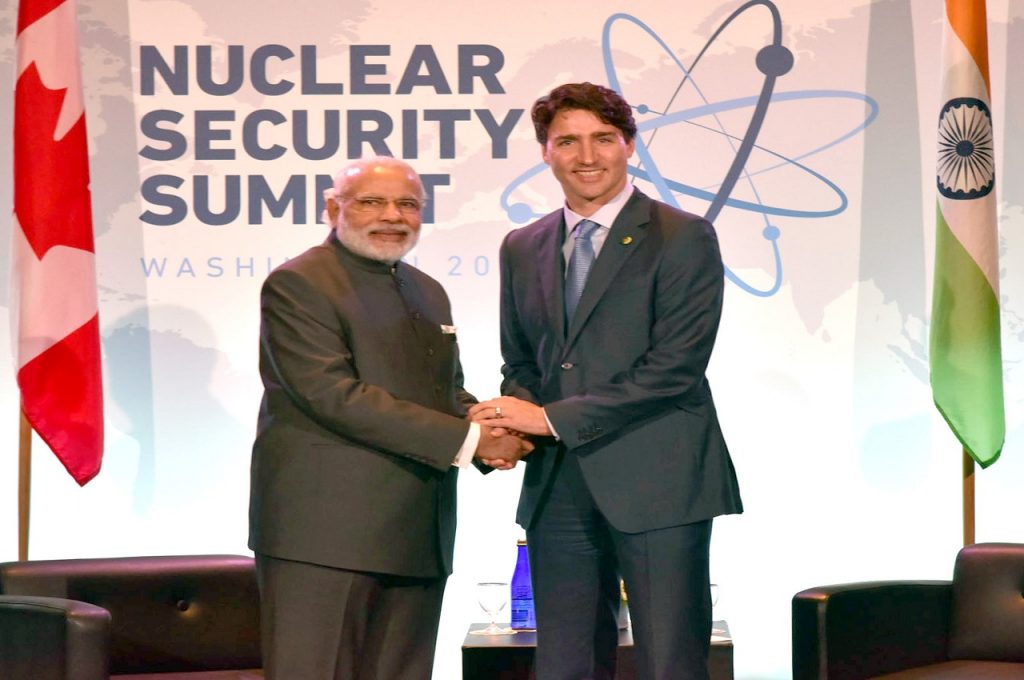 The superficiality of years of bilateral relations between India and Canada got an upward thrust with the visit of India’s Prime Minister Narendra Modi in April 2015. This significant step and other political exchanges has open doors to elevating the otherwise stagnant partnership. The two countries share historical bonds as commonwealth signatories and commonness of political principles such as commitment to democracy, pluralism and a noteworthy Indian diaspora. With a strong foundation, both the nations are arriving at closer bilateral ties in areas of trade & commerce, energy security, research & development and defence too.

India established political relations with Canada after independence. Since then both countries have maintained a steady bilateral relationship based on shared democratic values and strong cultural contacts. In recent years, both countries have been working to significantly enhance bilateral cooperation in a number of areas of mutual importance. The high profile visits from both the sides and the will of the political bosses and the populace to take the relationship further has boosted bilateral ties between India and Canada.

High level visits have taken place inthe recent past including Prime Minister Stephen Harper’s visit to India in 2009 and 2012; Prime Minister Dr. Manmohan Singh’s visit to Canada in 2010 on the sidelines of G-20 Summit. The inaugural India-Canada Strategic Dialogue was held in September 2013 co-chaired by then External Affairs Minister Shri Salman Khurshid and Minister of Foreign Affairs Mr. John Baird. The Governor General David Lloyd Johnston visit to India in February March 2014. The historic standalone visit by Prime Minister Narendra Modi, came about in April 2015,taking Indo – Canadian relations to a strategic level, thereby giving the bond a much needed lease of renewed momentum. The Prime Ministers of both countries agreed to elevate the bilateral relations to a strategic partnership and take concrete measures to expand bilateral cooperation in key areas including the economy, trade and investment, civil nuclear cooperation, energy, education and skills development, agriculture, defence and security, science, technology, innovation and space, culture, and people to people ties. Speaking at the Joint Press Interaction, Prime Minister Modi sought Canada’s cooperation and investment in every area of India’s national development priority – Energy and Infrastructure, Manufacturing and Skills, Smart Cities and Agro-industry and Research and Education. To expand people-to-people contacts, Electronic Tourist Visa and 10- year visas were announced for Canadian nationals. 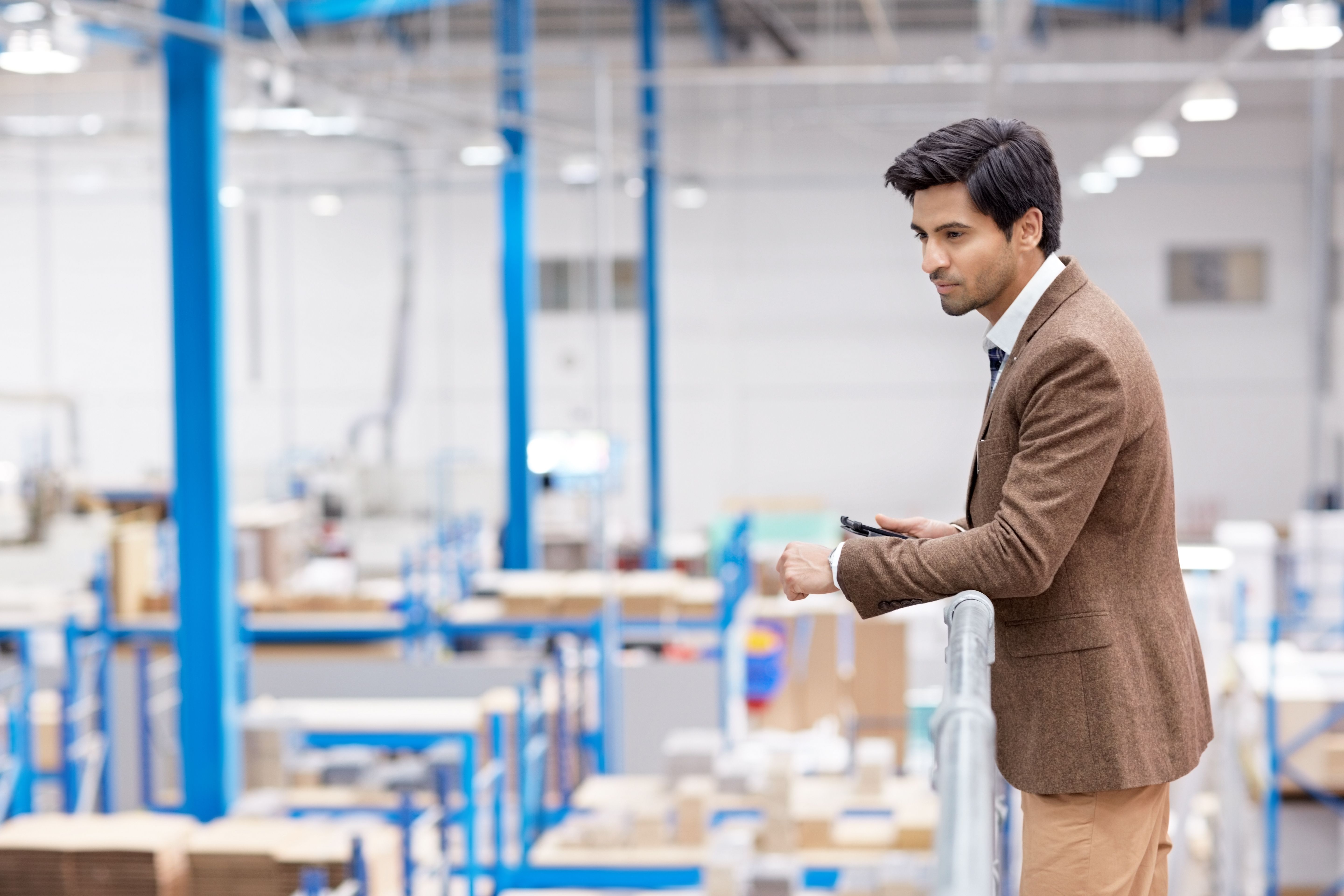 Trade and commerce between India and Canada has seen highs and lows due to domestic policies, political differences and global financial changes. However, in the late 90s economic relations picked up speed, leading to signing of a number of treaties. The present trade between both countries is in the range of USD 8 billion. There is huge potential for both countries to see it increase substantially. The CEPA (Comprehensive Economic Partnership Agreement) is wide ranging and negotiations have included rules of origin, trade facilitation, technical barriers to trade, sanitary and phytosanitary measures, and trade in services, includingtemporary entry for business persons, telecommunications, and financial services. The reason to push for this is that the tariff is quite high. This has slowed down the advantages in the commodity space. It has been an impediment. Both CEPA and BIPA (Bilateral Investment Protection Agreement) should be made priority. BIPA is crucially important because a great deal of foreign direct investment follows trade. India brought out a new model Bilateral Investment Treaty (BIT) in December 2015 after two years of deliberation, intending to replace its existing Bilateral Investment Promotion and Protection Agreements (BIPAs) and future investment treaties, after being dragged into international arbitration by foreign investors who used for discrimination citing MFN commitments made by India to other countries in bilateral treaties. India is to operationalize BIPA with Canada. India and Canada have also established institutionalised mechanisms to promote bilateral economic ties including Ministerial Dialogue on Trade and Investment; Trade Policy Consultations at the level of Additional Secretary, Department of Commerce; and the Economic and Financial Sector Policy Dialogue. These economic sectors include nuclear energy, education, agriculture and science & technology. 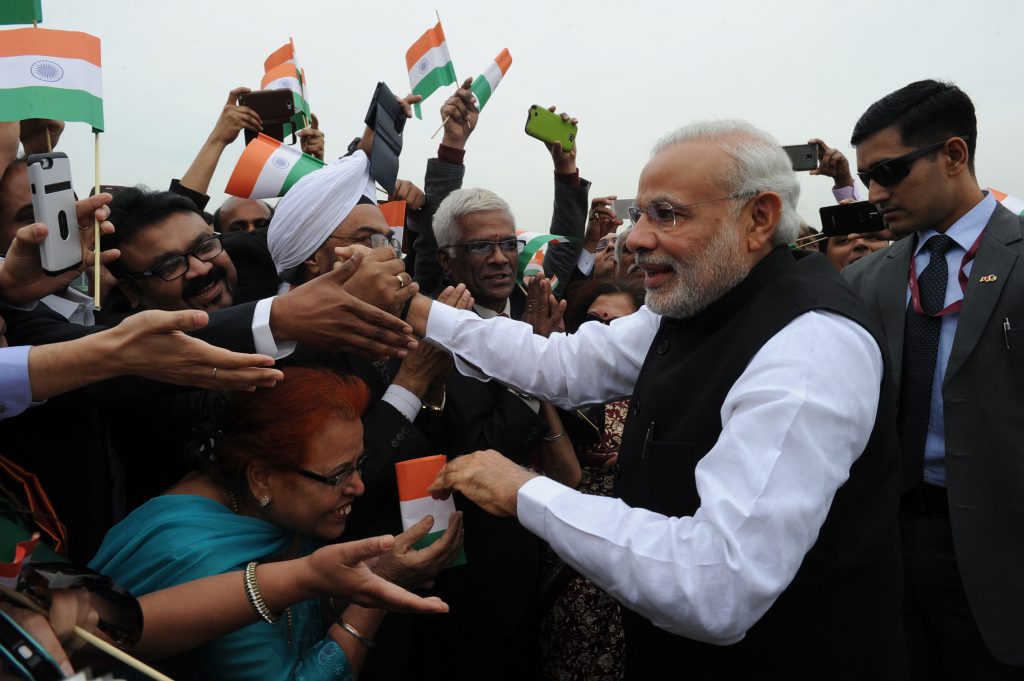 The sizeable Indian diaspora in Canada is impressive reaching close to 1.2 million. For many countries, the diasporas are a major source of foreign direct investment (FDI), market development, technology transfer, philanthropy, tourism, political contributions, and more intangible flows of knowledge, new attitudes, and cultural influence. The Indo Canadian community are a part of the multifaceted society and are spread out in various science,technology,political,financial arenas. The Foreign Affairs, Trade and Development Canada (DFATD) continues to provide assistance to India through partnerships between Indian and Canadian NGOs and multilateral programs. In addition, the Canadian High Commission in New Delhi manages the Canada Fund for Local Initiatives, to support local projects in India focusing on gender equality, human rights, and good governance. In accordance to the announcement made by Indian and Canadian Prime Ministers in November 2009, the Year of India 2011 was organized in different cities of Canada which included multi sectoral events such as cultural shows, Writers festivals, film festivals, food festivals, trade shows, Education Summit, Innovation Summit, Performance Based Design(PBD) – Canada, Eminent lecture series, installation of Gandhi statues and Tagore anniversary. Further, Canada has proposed to hold the Year of Canada in India in 2017.

The Liberal Party under Justin Pierre James Trudeau was elected in Nov 2015. The Canadian Prime Minister is expected to visit India later this year or early next year. The historic visit of India ‘s Prime Minister Narendra Modi in 2015 has set a precedent for ushering and fostering a strategic partnership between the two nations that have a common historical legacy and share political ideals. It is interesting to note that India Canada relations especially in the economic sphere has immense potential. Trade and investment would be the priority of the impending visit,setting the stage for further fruitful bilateral engagement. Canada has been on India’s radar as there were reports of the possibility of Prime Minister Justin Trudeau being invited as chief guest at the Republic Day Parade on January 26,2017. With symbolic gestures on either sides of the political spectrum,Indo Canadian relations are to see brighter days.