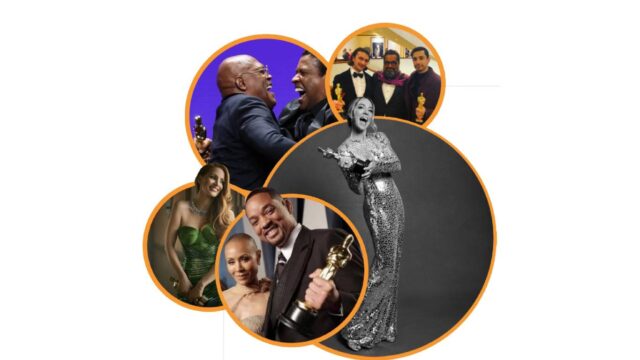 The Oscars, also known as the Academy Awards, are awarded for artistic, technical and sociological merit in the cinema industry. The Academy Awards are regarded by many as the most significant and prestigious awards in the industry worldwide. The Award is given annually by the Academy of Motion Picture Arts and Sciences (AMPAS). They are a symbol of international recognition of excellence in cinematic achievements, as estimated by the Academy’s voting membership.

There are various categories for the Awards and the winners are awarded a copy of a golden statuette as a trophy, officially called the “Academy Award of Merit”, however, it is more commonly referred to by its nickname, the “Oscar”. The statuette portrays a knight rendered in the Art Deco style. The Academy Awards ceremony was first broadcast, by radio in the year 1930 and was televised for the first time in 1953. It is the oldest worldwide entertainment awards ceremony.

The 94th Academy Awards for the year 2021, took place on March 27th, 2022. Coda won the Award for Best Picture. It is a film made by hearing people and centres on a hearing character. The film characterises what the deaf experience is like. Jessica Chastain triumphed beautifully in the race of the best actress, winning for portraying the title character in The Eyes of Tammy Faye. After three acting nominations, Will Smith finally bagged the Best Actor trophy for playing the real-life character, Richard Williams, in the movie King Richard. Jane Campion, a director from New Zealand, won the Best Director for The Power of the Dog, making her the first woman to win Academy Awards for both directing and screenwriting in the history of Academy Awards. The Award for Best Original Song was bagged by No Time to Die’s “No Time to Die.” The Dune movie picked up the highest number of awards this time, and it is inevitable to talk about Namit Malhotra, Chairman and CEO of DNEG, the VFX pro behind Dune. It is definitely a big win for him as the film won in the Best Visual Effects category.

Indian-American Producer, Joseph Patel won Best Documentary Feature Award and being unable to control the overwhelming joy, he proudly said in his acceptance speech, “I am the first Patel ever to win an Oscar. So I’m very proud of that”. He further added,” But I think it’s remarkable that two South-Asians won an Oscar tonight. Riz Ahmed earlier today became the ninth South Asian to ever win an Academy Award, I became the tenth.”