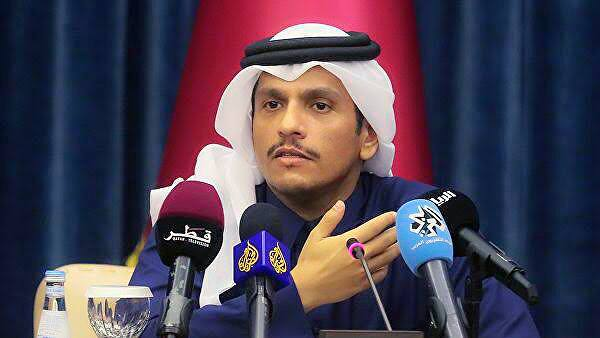 Gulf country Qatar announced an investment of $5 billion in Egypt. The latest announcement highlights the improvement in the ties between the two countries.

According to an announcement by an Egyptian outlet, the $5bn deal is meant to “strengthen economic and investment cooperation between the two brotherly countries”.

However, no further details about the deal were shared. State-run news agency of Qatar also confirmed the development.

Egypt’s economy is experiencing an inflationary surge in price, caused by the Covid pandemic and the Russia-Ukraine conflict. Oil prices have undergone a steep hike. The conflict has impacted the flow of tourists to the country’s Red Sea resorts. Egypt is also heavily dependent on wheat import, mainly from Russia and Ukraine.

Al Thani arrived in Cairo on 29 March. The minister, who is also Qatar’s deputy prime minister, visited the Arab country for the second time after the three Gulf countries lifted the blockade on Doha in 2021. The Qatari Finance Minister Ali bin Ahmed Al Kuwari was also part of the visiting delegation.

Egyptian leader El-Sisi welcomed the “progress” in the bilateral ties.

During a joint news conference held on 29 March, delegates from Egypt and Qatar acknowledged that ties between Qatar and Egypt were improving “after we overcame the previous period, which was marred by some tensions”.

Egypt, along with Saudi Arabia, the United Arab Emirates, and Bahrain had snapped ties with Qatar in 2017 and which was restored again in January 2021. These Arab countries objected to Doha’s closeness to Turkey and Iran.

Since January 2021, ties between Saudi Arabia, the UAE, Egypt, Bahrain, and Qatar have improved.

Al Thani visited Cairo in May last year. El-Sisi met Qatar’s Emir Sheikh Tamim bin Hamad Al Thani — once in November 2021, on the side lines of a climate change summit in Glasgow, and again in February 2022, during the opening of the Olympic winter games in Beijing.