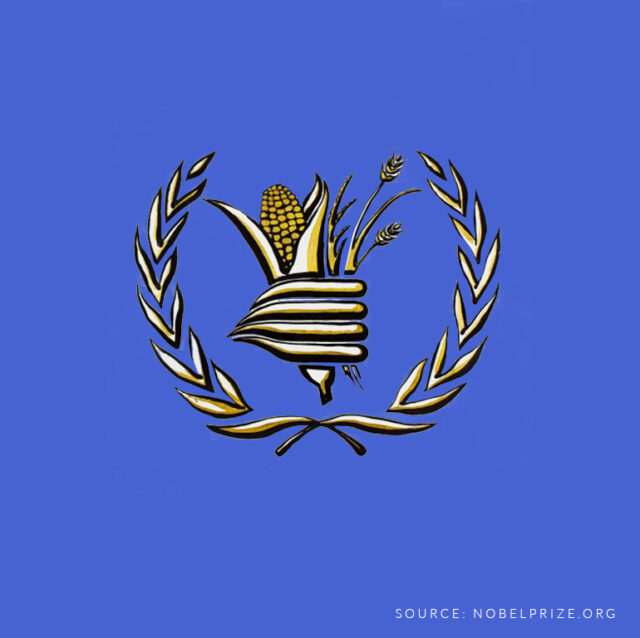 October 9, 2020: The Nobel Peace Prize 2020 was awarded to the World Food Programme (WFP) “for its efforts to combat hunger, for its contribution to bettering conditions for peace in conflict-affected areas and for acting as a driving force in efforts to prevent the use of hunger as a weapon of war and conflict.”  The announcement was made in Oslo by Berit Reiss-Andersen, the chair of the Nobel Committee.

In a press release, the Nobel Prize Committee expressed, “With this year’s award, the Norwegian Nobel Committee wishes to turn the eyes of the world towards the millions of people who suffer from or face the threat of hunger. The World Food Programme plays a key role in multilateral cooperation on making food security an instrument of peace, and has made a strong contribution towards mobilising UN Member States to combat the use of hunger as a weapon of war and conflict. The organisation contributes daily to advancing the fraternity of nations referred to in Alfred Nobel’s will. As the UN’s largest specialised agency, the World Food Programme is a modern version of the peace congresses that the Nobel Peace Prize is intended to promote.”

The Nobel Peace Prize is awarded annually by Norwegian Nobel Committee in memory of Swedish innovator and businessman Alfred Nobel. The prize includes a 10 million krona ($1.1 million) cash award and a gold medal. The Nobel laureates are awarded the gold medal in a ceremony in Oslo, Norway, on December 10, on prize founder Alfred Nobel’s death anniversary. The peace prize was established as per the will of Swedish innovator Alfred Nobel along with the prizes in Physics, Chemistry, Physiology or Medicine, and Literature. The first peace prize was awarded in 1901. Since then, 101 Nobel Peace Prizes have been awarded in the period of 1901-2020.