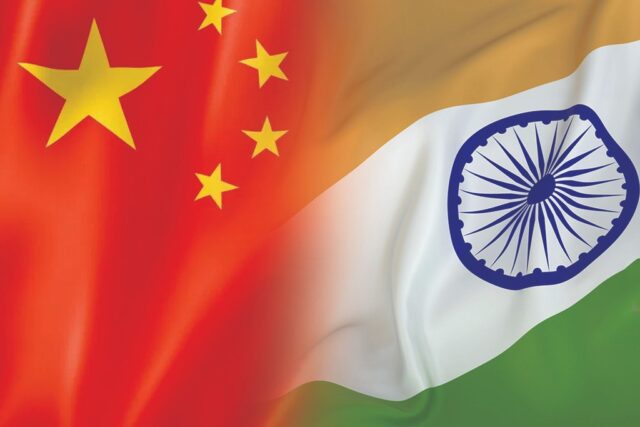 While India is fighting the COVID19 pandemic since last nine months and stuck with a possibility of a second wave of the COVID-19, another danger is intensifying at eastern Galwan valley where despite talks at military and diplomatic levels we have not been able to push back the Chinese force from encroaching upon our area. It is remarkable to see the level of Chinese adamantine will to hold on to the ground despite mounting international pressure. In the Asia Pacific there is Quad and Germany has also expressed its intent on joining the maritime security cooperation. Besides, adverse criticisms of China’s truculent national security law in Hong Kong have started to fuel anti-China discontent all over the world. Back home, India is sparing no effort to bolster her defence capability and border connectivity. For example, the PM Narendra Modi recently inaugurated the world’s longest highway tunnel at Rohtag at the height of 10,000 feet in Himachal Pradesh. This demonstrates a clear message to China about India’s firm territorial hold as well as her commitment to the development of the Leh-Ladakh area.

In this context, this paper does not devise rosy arguments to suggest that it is a temporary phase of escalation of tension which would subside very soon or that we should concentrate on devising alternative economic diplomacy based on the benign scheme of Atmanirbharata to safeguard our interests vis-à-vis China.  Instead, when we endorse the view of David Scott that “even if the territorial disputes are resolved, India and China would still remain in a competitive relation…” (Dr. Aparajita, NIICE Commentary 1st August 2020), we go beyond the mere exercise of risk-mapping, hence for us the most important scenario that is likely to unfold is the spectre of “hybrid war”. We say so because we need to realise that the present Chinese leadership is out to craft far more powerful clout not only to assert its elbow room against the America-led overarching structure but it also seems to have turned China into an impatient giant ready to abuse its power. But it creates a boomerang effect, and the peaceful rising line of foreign policy has come under serious question. This shift of China’s stance can be construed in terms of both external pressure and growing domestic compulsion to prove the mettle of re-elected leadership that faces legitimacy crises due to “Uyghur problem”, the ballooning expectations of ‘youth bulge’ and its initial lapses in managing the Covid-19 pandemic at home. So, current belligerence of China cannot be an isolated feature of its post-pandemic response but it grows out of its aggressive inertia uncorked by the pandemic. This signals a decisive departure from China’s self-perception as a benign authority based on Confucian worldview towards championing the doctrine of ‘offensive realism’ and ‘strategic rivalry’. It is clear from various phraseologies and jargons gesticulated by the Chinese side as a warning to India, each evoking imagery of nerve war, rapid and calibrated video game war with a shower of hypersonic missiles fired against the opponent, cyberwar, trade war and even nuclear posture – all of which combine to create a new intriguing matrix that characterises the nature of “the optics of waging war” (refer to the blog, The Guardian March 2011). So, it is no longer a realm of apprehension of China’s intention but the content of the nature of such war that acts as a trigger for our current analysis for which we draw from some secondary sources to posit the picture of what it approximates. We, therefore, think that preparing for hybrid war should be included within a comprehensive set of our responses to both China’s expansionist lebensraum and its tension escalation strategy. The significance of the study lies in the fact that it might help us to appreciate that within the broad hermeneutics of war, there has been a stupendous shift which we cannot afford to gloss over if we are to cover all possible dimensions of risks that any localised brawl could slip into a major and unanticipated conflagration. So, rivalries are not simply geopolitical or clash of mutual jingoistic demands, but it is also about tactics of how one side can multiply threats to bear upon the opponent to practically outwit it by unconventional and overwhelming force and its associative coercive resonance. However, India being firmly placed in South Asia and being the winner in all wars except one with China in 1962, it is difficult to outmanoeuvre Indian army and surpass it in terms of combat readiness, prowess and technological sophistication. Another point to be noted as S. K. Ragi aptly mentioned that India has worked in the direction of developing the capacities to sustain the war on two fronts (Ragi 2018). So, India’s deterring capacity to China is beyond doubt. That’s why the enemy’s prime target would invariably be to systematically weaken the morale of the Indian side by creating a grey zone to expand the challenges uphill to meet by artillery or hardy infantry division. It means utilization of unusual tactics which cannot be countered effectively by depending upon mere force projection. We call it grey zone because China’s war-waging tactics might fall back on constructing a smokescreen in sharp contrast to its clear projection of “market-driven, export-led strategy” of dealing economically that follows the western model despite inner ruses linked to ‘debt-trap diplomacy’ to secure ownership rights over strategic ports and airfields to encircle India.

While tracing the root of ‘Hybrid war’ to Russia’s strategy to “push back against the US and NATO in Ukraine to limit their eastward march to its periphery, not through conventional means of war fighting, but by hybrid means”, experts like Lt Gen Syed Ata Hasnain (Retd) (refer to his take in new Indian Express on October 3, 2020) and N. Kumar (Sr. Fellow, CLAWS) are of the view that it is “the next generation of warfare” to clinch victory by imposing huge costs of conflicts in which non-state actors might be employed to unleash infighting “within the nation and for eroding the authority of the state over its territory and resources” (Kumar 2017). According to Kumar, it can startle the adversary with unprecedented shocks through “the employment of cyber warfare to degrade, disrupt, dislocate and destroy the ability of a state to fight a war” (CLAWS Journal   Summer 2017). It is very unnerving, disconcerting, and destabilizing because it can “simultaneously attack ideological and kinetic centre of gravity, thus eroding the physical and cognitive space of a state”. Thus, what we can infer is that the concept of the battlefield has undergone a significant change with a pervasive fluidity that accentuates the gravity of peril by broadening the ambit of war by transforming it into a vastly complex game requiring comprehensive and co-ordinated security architecture encompassing protection of our core political values as well as the cooperation of military and non-military wing to create an integrated command. Easier said than done, but very difficult in a chaotic and freedom-loving society where even stakeholders could be defectors to facilitate the multi-modality of the opposite side. Even the South Asian neighbours of India could be a party to such a conflict, thus proliferating the theatre of the “non-linear war”. These include internal social unrest engineered with support of money laundering through hawala scams, low-scale border tension, and high altitude terrain could be filled with insurgent gangs. Moreover, hitherto peaceful sea routes could be purposely converted into the hostile realm of criminality synergized with umpteen provocations through information war, misinfodemic and “cultural and structural violence” to construct “grey zone warfare” (Kumar 2017). The already volatile terrains like Kashmir or India’s northeast are more prone to such invocation of new conflicts.

Given China’s rising level of discomfort with India’s growing prestige, we need to contemplate that hybrid war is a potential trap that is intended to tire out the normal state machinery. Unless our defence, intelligence, political leadership, and intellectual pillar of civil society agencies could combine to put up an organically united front to stand up to such a challenge. It is not a matter of complacency associated with precision and efficiency with which our security forces carried out the surgical strike or the Balakot airstrike. Given India’s poor strategic culture, coping with a hybrid war would need persistent unified effort. Hence it is important to come up with a smart approach through heuristic (trial and error) process of introspection and realisation through initiatives at different levels and deeper institutionalization and communication of sensitivity towards such threats.