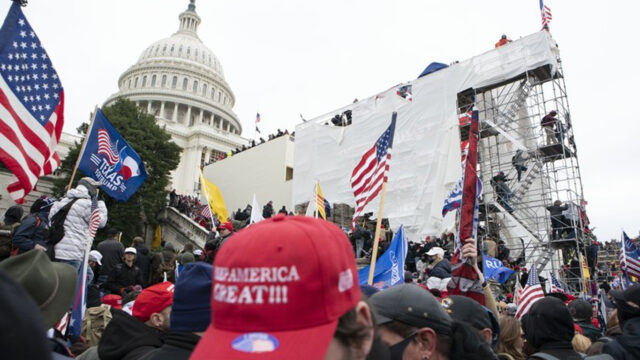 The riot at the Capitol by the Trump supporters has left not only those in the United States alarmed and amazed but also came as a shock to the world leaders around the globe. One of the first to respond was the NATO Secretary General Stoltenberg, who said how shocking the scenes were in Washington DC. This statement was a shock as the NATO alliance’s top official addressed this to its leading member state. This incident highlights how the world perceives the United States of America after four years of the Trump administration. The last four years have damaged both, its soft power and influence.

The US has pulled out of arms control agreements, the Iran nuclear deal and the climate accord. It further plans to reduce their military engagement while offering diplomatic alternatives instead. The Middle East has taken to supplying themselves with security, keeping in mind the limited attention span of the current president.

Donald Trump happens to be more welcoming to authoritarian leaders rather than leaders of democratic governments. This contradicts the long-standing democratic values of the US as the world’s oldest democracy, which once was a state model for the world after the end of the cold war. Today, analysts perceive US as one of the most politically dysfunctional and divided of all the world’s advanced democracies.

The global order has changed its course with the Trump’s America First Policy. China and Russia feel their influence has bolstered during the last four years and there are rising governments who are becoming authoritarian in nature. The IGO’s are facing varying degrees of crisis and a lack of systematic leadership.

There has been a common trend of cyber-attacks and grey zone operations, just steps behind a full-fledged war. The ongoing coronavirus pandemic and climate change has further dismantled efficient working around the world. Trump has not accepted his duty and role to accept challenges during his term of four years. The world does not call for US domination over the globe but sees problem in the US foreign policy. Even the US defense and security policy is coming apart which is leading to a complete fallout of the agreements of the arms control.

The new President-elect, Biden has a long way to go in solving these issues as soon as he comes to power. His administration does not only have to mend things globally and have a softer approach in their foreign policy but also deal with a fraction of population that does not accept them to power.  They have shown by the takeover of the Capitol that they necessarily will not stay quiet and let the Biden administration have a peaceful transition of power.

Biden will also have the rebounding economy of the Chinese while America fails in its response to the coronavirus. The massive death rates and uncertainty about the vaccine roll-out has again proved the stability and the effectiveness of the Jinpings’s Chinese administration, adding to the American pressures.