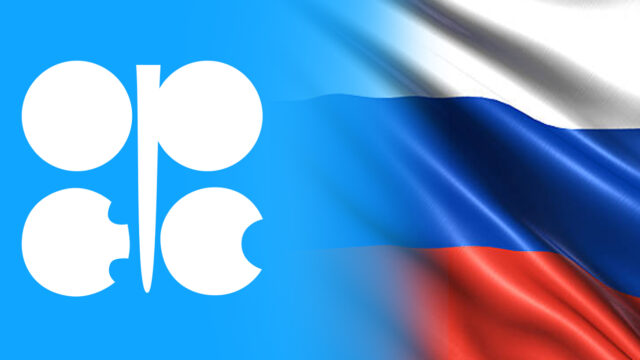 In the past few years, Russia has seen a major rise in power both economically and politically and has become the world’s second-largest producer and exporter of petroleum. The last decade has seen Russia rise as the biggest oil and natural gas exporter in the world, at the expense of the OPEC (Organization of Petroleum Exporting Countries) countries. Even though Russia is still a non-member of the Organization of Petroleum Exporting Countries (OPEC), it attends the OPEC meetings and over the last few years has managed to obtain a practical veto power over its decisions.

This is not because Russia is the world’s second most powerful oil producer but also because Russia does not want to cut oil production at any cost. On the other hand, members of the OPEC like Saudi Arabia, the United Arab Emirates and other key members seem quite desperate to introduce further cuts. This is due to the decline in demand for their oil and partly because they want higher prices. All this stays on a hold until Russia nods its approval.

This shows how OPEC stays at the mercy of Russia, who till now, remains a non-OPEC member. OPEC was once a powerful cartel that caused global recessions with higher prices and embargoes in the 1970’s, but now stands as being used by the Russians to influence and manipulate their markets.

Russia’s image of an industrial superpower and its hard hitting global economic crisis has stopped them from taking benefits under an environmental membership at the OPEC. The Russian sense of entitlement and their assertions of power makes it hard for Saudi Arabia (world’s leading producer and exporter of petroleum) to be able to trust them.

The countries that have tried to take over Saudi’s position of supremacy in the past have failed drastically and so have the Russians. Adding to it, their disputes have quite detrimental to many of the Russian political goals in the past. This has made Saudi Arabia as a major counter Russian influence, also proved historically. This blocks the Russian dream of becoming a full-fledged member of the OPEC any time soon.

Coronavirus has declined the demand due to the various lockdowns around the globe. However, the oil producing countries like Russia and Saudi Arabia have decided to comparatively increase their output by the next month. The OPEC also announced that the production curbs would be relaxed by January 1 by the OPEC+ alliance.

OPEC+ participating countries have voluntarily decided to adjust production by 0.5 million barrels per day by the beginning of January 2021. Traders had predicted that the alliance between OPEC and other major producers would lead to an extension in the existing cuts for another three months. The oil demand has seen an improvement due to the rise of Brent futures by 27% in November to the highest by the coronavirus vaccine developments. OPEC and its allies including Russia and Mexico had scheduled to meet but were delayed. However, its members met privately to agree as to how to go ahead.

The oil production saw a substantial decrease in May and June by 9.7million barrels a day, about 10% of global output after the coronavirus lockdown and travel bans being implemented around the globe crushed the demand. The price of brent crude went below $20 a barrel in April. These curbs saw an easing in August and the plan to raise the supply by another 2 million barrels per day from January.

The demand saw another blow with a second wave of lockdown in parts of Europe and the United States, knocking down oil prices again and prompting producers and the International Energy Agency to reduce demand forecasts or the year 2020 and the start of 2021.

The environment is still unfavorable for oil prices in the short term due to the continuous oversupply and weaker global demand. The prices are not expected to rise until planes, trains and cars start moving with frequency and once the vaccines become more easily to the public, stabilizing the global economy.