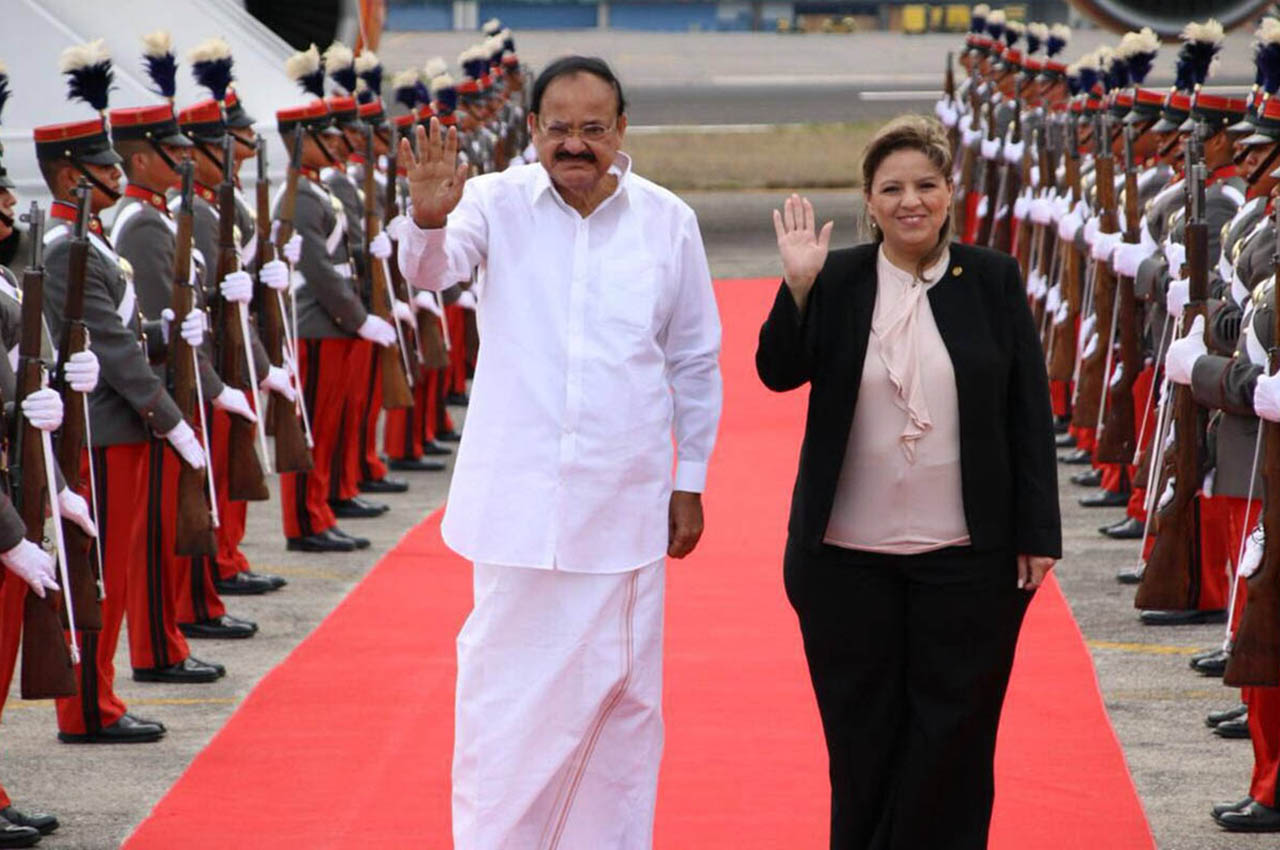 Vice President M. Venkaiah Naidu has arrived to Guatemala as part of his five day visit to three nations namely, Guatemala, Peru and Panama from May 6 to May 10. He was received by Foreign Ministerof Guatemala, Sandra Jovel and the Ambassador of India to Guatemala Sajeev Babu Kurup at the airport on Sunday.

He was welcomed by a guard of honor on his arrival.

Naidu’s visit will further press the relations between India and Latin American countries. Till now, the bilateral relation between India and Guatemala has remained cordial and friendly.  Over the years, it has grown consistently from USD 152 million to USD 263 million.

High level of delegation, including Minister of State (MoS) for Tribal Affairs Jasvantsinh Sumanbahi Bhabhor, four Members of Parliament and senior officers of the Government of India has accompanied Naidu, as said in a press release issued by the Ministry of External Affairs (MEA) on May 3.

“Over the last few years, India’s relations with the region, both in terms of political engagement, as well as trade and commercial engagement, has intensified significantly, beginning with the landmark visit of Prime Minister of India (Narendra Modi) to Brazil in July 2014, his meetings with South American leaders there, followed by his visit to Mexico in 2016,” the statement said.

In his trip, Naidu will hold highest level meeting in all three countries and visit Parliaments, Universities and meet population of Indian Diaspora.