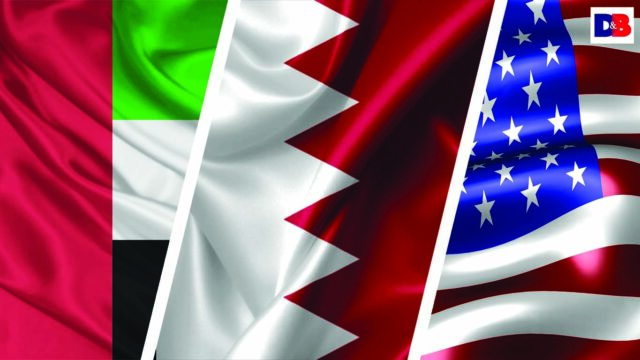 The US designated the United Arab Emirates (UAE) and Kingdom of Bahrain as “Major Security Partners” of the US. The US bestowed this recognition on both countries for the “exceptional security partnership” and “the commitment of each country to countering violent extremism across the region.”

The White House in a statement said, “Today’s decision demonstrates a new level of partnership between the United States, the United Arab Emirates, and the Kingdom Bahrain and represents an enduring commitment to economic and security cooperation. It also reflects their extraordinary courage, determination, and leadership in entering into the Abraham Accords.”

According to the press statement by White House, the designation of “Major Security Partners” is unique to UAE and Bahrain. However, the details of what constitutes under this new designation is not known yet.

“The designation of the Kingdom of #Bahrain as a “Major Strategic Partner” is a recognition that the Kingdom embraces, as we look forward to continue to elevate our “exceptional security #partnership” with the #UnitedStates,” tweeted Bahrain Ambassador to the United States and non-resident Ambassador to Canada.

The decision comes after the UAE and Bahrain initiated a process to normalise relations with Israel by signing Abraham Accords.  “Treaty of Peace, Diplomatic Relations and Full Normalization Between the United Arab Emirates and the State of Israel” also called “Abraham Accords Peace Agreement” were initially signed by UAE in September 2020 and extended in October 2020 to include Bahrain.

The US has three military bases in UAE at Al Dhafra Air Base, Al Minhad Air Base, and the Fujairah Naval Base. Bahrain is a major non-NATO ally of the US. Apart from being headquarters to US Naval Forces Central Command, Bahrain is also home to the headquarters of US Navy’s Fifth Navy Fleet.

“Most notably, both countries have participated in numerous United States-led coalitions over the past 30 years,” said the statement released by the White house.

Recently, the Bahraini Ministry of Industry, Commerce, and Tourism and the US Department of Commerce signed a memorandum of understanding (MoU) to promote bilateral business by establishing an American trade zone in Bahrain.