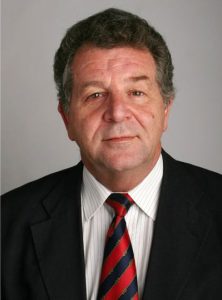 Professor Paul Moorcraft worked extensively in the UK ministry of defence and is now Director of the Centre for Foreign Policy Analysis, London. His latest book is The Jihadist Threat: The Reconquest of the West. In an e-mail interview with Diplomacy & Beyond, he talks on issues such as the impending danger of Brexit on Britain and chances of Donald Trump in the US presidential elections. He also shares his views on the seriousness of threat posed by the ISIS in front of the world.

Paul Moorcraft (PM): I suspect that the world economy is facing another crash, not dip. Whether it will be as bad as 2008-09, who knows? A Western war with Russia could tip the global system into meltdown. Or if the families of American victims of 9/11 are allowed to sue the Saudi Arabian government and the Saudis pull out many or all of their bonds, then that could implode the system too. The Chinese and Japanese might also get sucked into this collapse of the dollar. After all, all fiat (paper) currencies have collapsed if you take a view over the millennia.

In this scenario, Saudi Arabia will collapse and the Islamic State could be relocated in its natural homeland – between Mecca and Medina.

PM: I support Brexit mainly on security grounds, especially border security and proper control of immigration. The EU may collapse anyway and Britain’s exit may precipitate that. The referendum result will be close, however.

PM: Trump. Everybody said he was a joke candidate who couldn’t win. And now he might. Many Democrats hate Mrs. Clinton so much they might just vote for Trump. His brand of authoritarian populism – which is infecting Europe, too – could destabilise the American experiment in popular democracy. Once he gets to the White House he might actually start trying to do what he said he wants to do, not least building a wall on the Mexican border and taking out tyrants in Africa such as Mugabe, as well as excluding Muslims from the USA.

PM: ISIS. I have just written a major award-winning book on this subject: The Jihadist Threat – The Re-Conquest of the West. I believe that radical Islamism is an existential threat to Europe. It is not immediate and obvious like the military power of first Nazism and then the Soviets, but it is more insidious and long term.