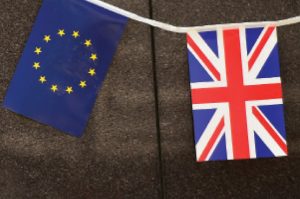 It remains a general political rule throughout history that incumbent who presides over economic recovery or expansion expects to win re-election, especially when a dominant majority faces charmless, extreme and divided opposition. England’s David Cameron now enjoys his second term as Britain’s Prime Minister, but his tenure has promoted a political crisis that he may not survive. The referendum on whether England remains in the European Union is scheduled for June, so far he’s been able to stand astride numerous threads of the Brexit, often to the detriment of the very policy clarity required to sustain favorable momentum.

As it reads now, the fractured state of British politics is the result of atavist nationalist impulses that a bewildered Cameron seems unwilling to identify with nor contain. The broader lesson for Tory leadership isn’t something that a sitting Prime Minister should need being told; namely that the British voting public hasn’t been given discrete, favorable justifications for sustaining its relation with Brussels. As it stands now, the social, political backdrop of an expansionist Islamic state at home is overcoming any Tory public initiative to restrain a withdrawal. June embodies a reckoning that Tories may not survive.Cameron’s policy of baring foreigners from other European Union nation states from welfare shopping in England has succeeded, he sought to reduce incentives for migrants seeking permanent access to England’s generous tax subsidies through arbitrage. The proposal was to win back voters flirting with the anti-immigration U.K. Independent Party. It succeeded, but it validated a torrent of nationalist reaction that England cannot afford. Cameron will need to seize the opportunity of bringing other European leadership along into a broader reform movement de-linking the benefits of citizenship from residence. Other policy options helping the working poor would be slashing the 20 percent valued-added tax on consumption, which disproportionately affects those with much lower incomes. Easing supply constrains in the building of new housing by reforming Westminster’s byzantine regulatory climate would boost housing in an age of ultra-low interest rates. If Cameron cannot explain to his country how immigrants contribute to Britain’s prosperity even has he seeks to shrink the scope of the welfare state, he’ll weaken the bargaining position Tory leadership was gratuitously given in 2015.

It should be noted that any exit from the Euro-zone would disproportionately damage England’s export sector and consequent nominal exchange rate. The 2014 Euro-stat data reveal that England possesses one-eighth of the Unions population and one-sixth of the European Unions GDP. Any exit of this magnitude will unleash changes in the relative volatility of the balance of power between England and Germany. Currently, England is dealing with the residual impact of an immigration crisis as well as the lingering political and economic fallout from a continental sovereign debt crisis whose origin is tied to perpetually weak banking institutions. The policy environment is fraught with danger.

London should not be viewed as a city with a simple domestic capital market; it is the premiere international financial center of Europe. London resides as the home of the European bond market and blue chip corporate market. The infrastructure that makes it easy for European companies to borrow in euros is based largely in London and Canary Wharf. No one should anticipate that a Brexit would solely be contained, for the damage to trade, confidence and growth will not be residual. Let’s look at the immediate impact of a Brexit.

Interest rate spreads and currency markets will roil, the central bank will need to raise the price of capital while witnessing unmoored volatility and currency deprecation. Given that a Brexit is similar to a self-induced wound, England needs to prepare for a very deep recession whose origin cannot be managed by traditional monetary transmission mechanisms. At a minimum, permanent policy insolvency accompanying uncertainty and financial volatility isn’t an operating environment that portends positive trends for growth, savings or productivity. At the very least, this type of environment invites and confirms misguided thinking that resonates with pathological political regimes that England, and by extension most of Western Europe were spared.

As it currently stands, northern Europe continues to fuel is growth chiefly though exports. Although it has run huge trade imbalances, this has been compensated by increases in comparative productivity growth and nominal exchange rate stability. This explains how German export in manufacturing has tripled to nearly 50 percent of its GDP. In a distinct sense, German currency and growth have been to Southern Europe what China has been to the U.S. Does a Brexit wish to immediately compete with these favorable Teutonic trends?

Currently, the nation states throughout the southern European periphery must find a growth plan without the normal export based option. This means they must raise their productivity faster than northern European countries, if they are to compete to reverse fundamental currency imbalances. This can only be accomplished with major structural reforms: the privatization of public utilities, the removal of regulatory burdens in service and retail sectors. In a sentence; a tutoring in liberty. Without it, Hayek’s fatal conceit looms large throughout Europe.

This partially explains Cameron’s recent visit to Buckingham Palace to explain how vulnerable London positioning is relative to Germany, sovereignty and self-determination notwithstanding.

So how did England, being smaller than other continental feudal kingdoms, possessing better-defined frontiers whose favorable impact brought forth a compactness and self-consciousness fall victim to the wiles of statism?

The answer is discerned in the relative volatility of England’s own unwritten, un-enumerated Constitutional Monarchy; of its relation to numerous other competing ideas of regime and polity that constitute its chief crisis of national identity, post-Empire. It isn’t that England is lost, it’s that it suffers from an inability of its dominant political class to ply the trade of previous successes to contemporary challenges.

England will remain at this permanent impasse until is conditions itself to alloy its policy reserve from the moral foundations of liberty itself.

Something the Americans are re-discovering at this very moment.