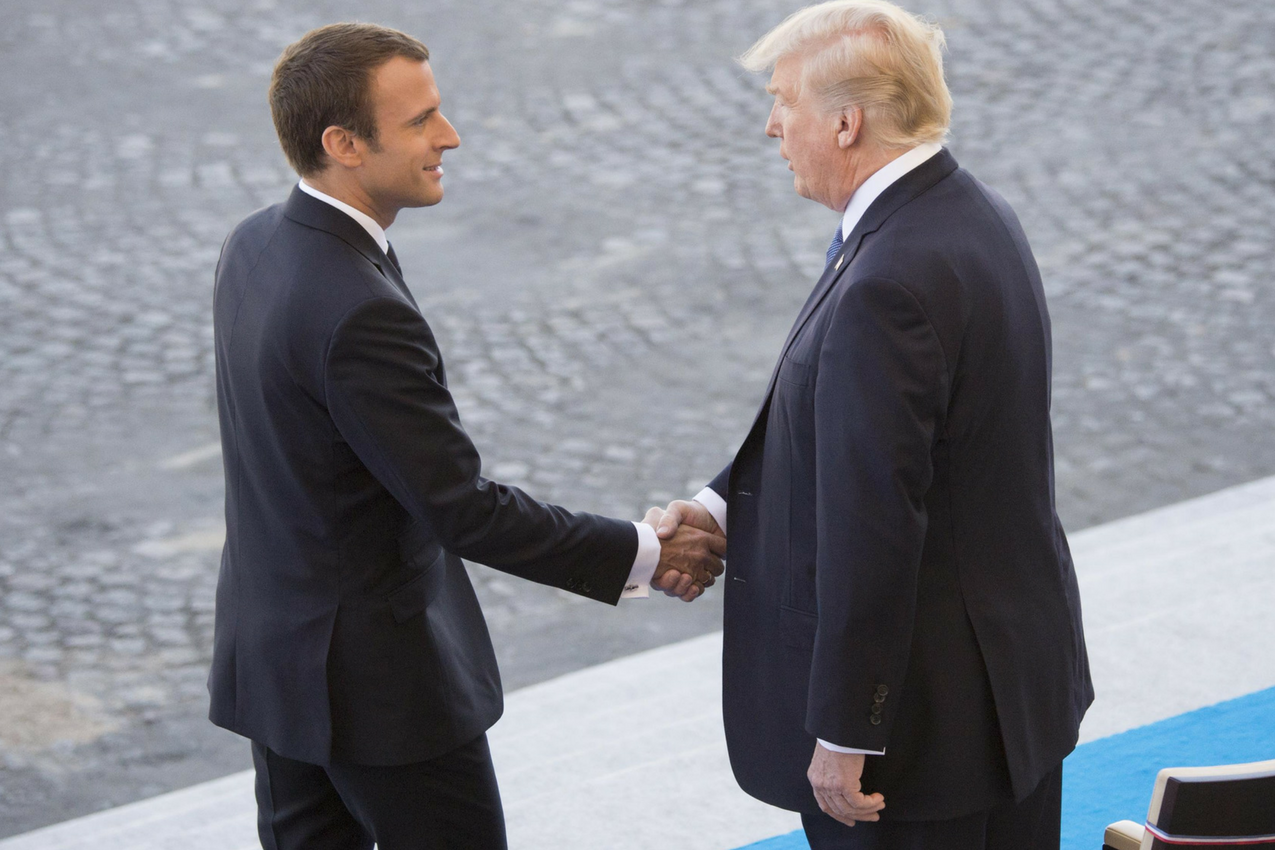 While the US President Trump is vacating at New Jersey, he tweeted, “Had a very good phone
call with @EmmanuelMacron, President of France. Discussed various subjects, in particular
Security and Trade.”

Donald Trump spoke to the French President, Emmanuel Macron where their topic of discussion
was Iran and Middle East. He also discussed trade and security issues with his French
counterpart on phone.

The White House released in a statement that the two leaders discussed a broad range of trade
and security issues, including the situation in Iran and the broader Middle East, reports Reuters.

The French release stated that the two leaders discussed Syria, Iran and the Israel-Paletinian
conflict but did not mention the trade.

While at a NATO summit in Brussels in July, Donald Trump created an uproar by causing the
pressure on alliance member for not meeting defence spending targets. French President Macron
then reverted to NATO of fulfilling the goal spending 2.0 percent of GDP on defence by 2024.

Upon United States strict tariffs on imports of aluminium and steel from France on other
countries of European Union, EU responded with tariffs on US goods in return.