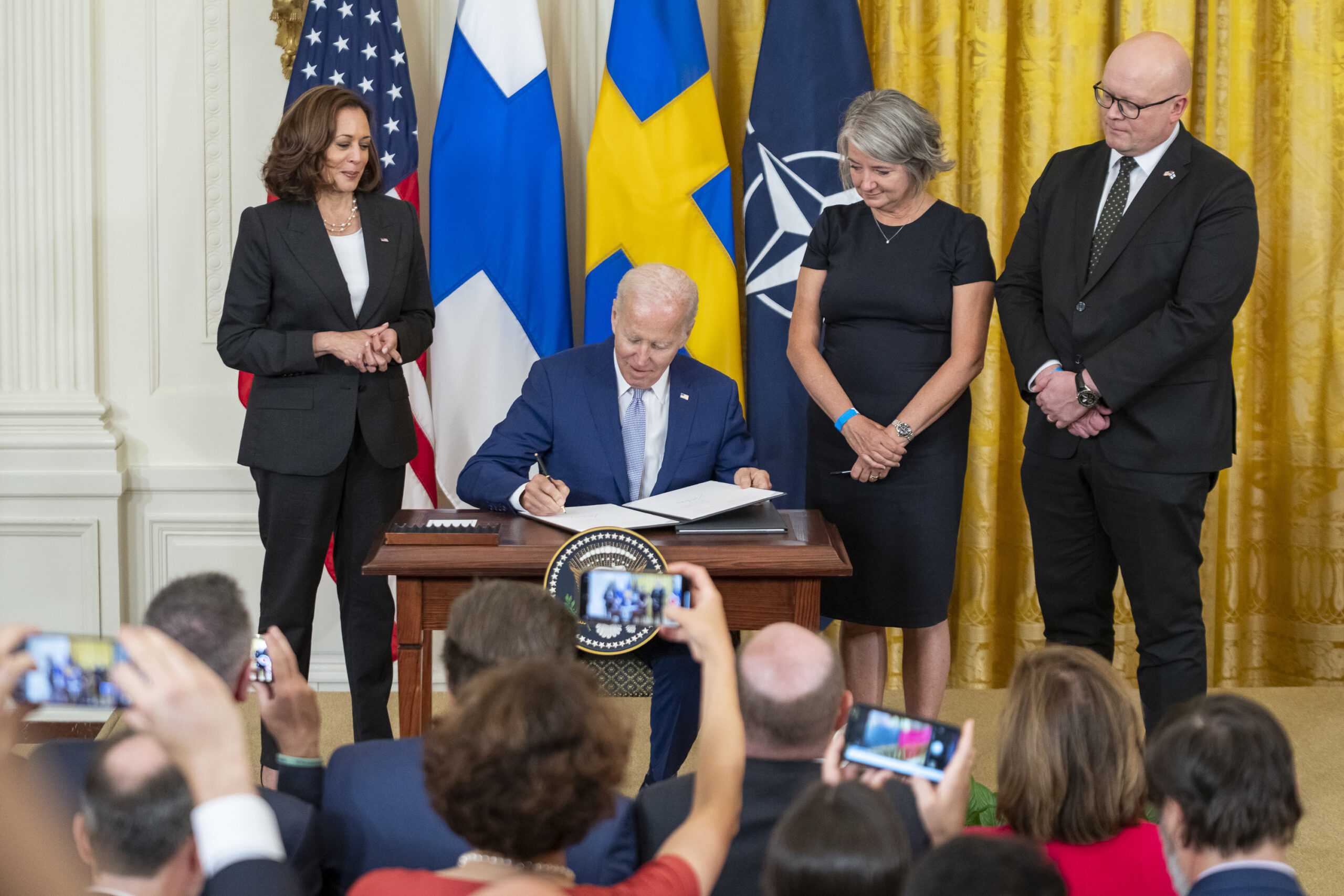 The President of the US, Joseph Biden officially welcomed Sweden and Finland joining the North Atlantic Treaty Organisation alliance on Tuesday, 9th of August. This was marked by President Biden’s signing of the ‘instruments of ratification’ which deliver the United States’ formal support for the Nordic nations joining the mutual defence pact. This mutual defence pact is a prominent part of the reshaping of European security policies.

Sweden and Finland applied to join NATO in February this year. Biden said at the signing, “In seeking to join NATO, Finland and Sweden are making a sacred commitment that an attack against one is an attack against all,” as he addressed the NATO partnership as the “indispensable alliance”. Further, he also tweeted, “Finland and Sweden’s decision to join NATO is a watershed moment for our Alliance. It will help ensure greater security and stability for our world.”

The United States became the 23rd ally to approve Sweden and Finland’s NATO membership. Before signing the ‘instruments of ratification’ President Joe Biden spoke with the heads of Sweden and Finland and also urged the remaining members of NATO to complete their ratification processes as quickly as possible.

In an exceptional 95-1 vote, the Senate, last week approved the joining of Sweden and Finland into NATO. President Biden remarked that this shows the world that “the United States of America can still do big things with a sense of political unity”.

The rules of the North Atlantic Treaty Organization mandate the consent of all of its 30 existing members before Sweden and Finland can formally accede to the alliance, which, after President Biden’s signing of the instruments, is expected in the coming months.

The inclusion of Sweden and Finland in NATO marks the quickest expansion of the pact of mutual defence among the United States and the democratic allies in Europe, in its 73-year-long history.

The defence officials of the NATO member countries concurred that Sweden and Finland’s inclusion will be enhancing NATO’s defence posture and policies, particularly in the Baltics as both the nations are net security providers. Sweden has committed to meeting the goal of NATO’s 2% gross domestic product defence spending target in 2022, whereas, Finland is expected to exceed this 2% goal.

Sweden and Finland had applied to join NATO in May this year, setting aside their longstanding stance of military non-alignment. President Biden encouraged the countries’ decision to join and welcomed the government heads of both countries to the White House in May.

Both Democratic and Republican Senators dynamically and cordially approved the membership for the two Nordic countries, Sweden and Finland, describing them as significant allies who have already worked closely with NATO.