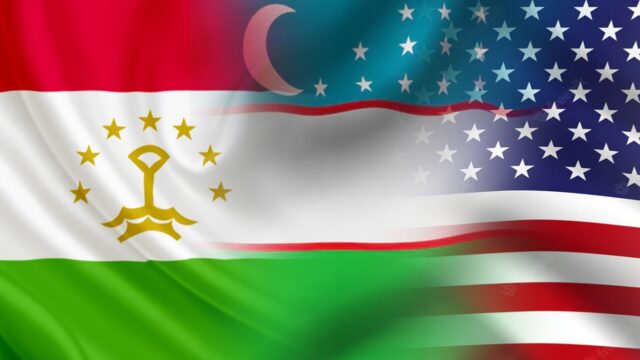 Tajikistan and Uzbekistan’s Joint Military Exercise named ‘Commonwealth-2022’ started on the 4th of August in Termez, Uzbekistan. According to the Ministry of Defence of Uzbekistan, the joint exercises began with a welcome ceremony on the 5th of August with remarks from Major General Zaynobiddin Iminov, who belongs to Uzbekistan’s Southwestern Special Military District, and the Tajik Deputy Chief of the General Staff of the Armed Forces, Major General Egamzod Sharof Khudoyberdi.

Military cooperation between Uzbekistan and Tajikistan has enhanced over the past few years and highlights not just their cordial relations but also their way of tackling mutual threats. The joint military exercises recently concluded and their constant bilateral meetings are just another display of closer functional ties between Tashkent and Dushanbe.

At the start of the Joint Military Exercise, both the countries’ national anthems were played and the participating forces marched through the training ground. The opening ceremony was followed by demonstrations by Uzbek military personnel and the day ended with a football match.

According to the Defence Ministry, Kurbanov, “emphasized the friendly relations established between Uzbekistan and the Republic of Tajikistan” and “expressed confidence” about the further boosting of their bilateral cooperation. The two sides marked cooperation across a wide range of areas, from the political, economic, cultural, and humanitarian spheres to matters of defence and security.

The two ministers signed an agreement to organise the training of Tajik military personnel at Uzbek institutions. Both countries have a shared interest in protecting the region’s border and the Joint Military Exercise’s central theme as well revolved around ‘repelling a border assault’.

The United States, too, has organised Military Exercises with regional forces in Dushanbe, they began on the 10th of August and are expected to last till the 20th of August. This exercise has been titled “Regional Cooperation 2022,” and it is expected to include six-day command post exercises with participants from Kazakhstan, Kyrgyzstan, the United States, Tajikistan, Mongolia, Pakistan and Uzbekistan. The ‘Regional Cooperation 2022’ will also have a five-day bilateral field training with the U.S. and Tajik forces. The “Regional Cooperation” exercises are organised every year since 2004, rotating among the participants.

The U.S. Ambassador to Tajikistan, Mr. John Mark Pommersheim felicitated the participants, commenting, “As the largest U.S. military-to-military exercise involving Central and South Asian nations, REGIONAL COOPERATION 22 is an unparalleled opportunity to strengthen relationships with our partners in that region. The exercise serves as a forum for addressing relevant regional issues including peaceful responses to global challenges, information exchange, and security cooperation.”