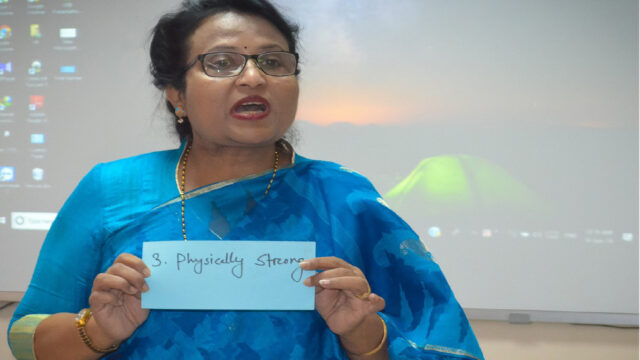 Bangladesh is set to mark its 50th year of independence on 26th March 2021. Relatively a young nation, Bangladesh has made a mark internationally as the UN Human Development Report 2020 published recently declares that Bangladesh has moved up two notches from 135 to 133 in the global ranking even in the year marred with the pandemic. Looking at the trends of Human Development Indices, Bangladesh has made tremendous progress over the years in the sectors of life expectancy at birth which has witnessed an increase from 58.2 years in 1990 to 72.6 in 2019, mean years of schooling has increased from 2.8 to 6.2 and it’s per capita income has also gone up (Human Development Report 2020). But has this development been equally experienced by men and women? What has been the position of women in the country? How does Bangladesh score on gender-parity, women’s education, health, and employment? These are fundamental issues to be focused on as any country’s development is incomplete without the women, who constitute nearly fifty percent of the population.

The constitution of the independent state of Bangladesh adopted in 1972 not only granted equal right to vote for women but also reserved seats for them in the parliament. A critical representative tool for substantial representation that the women in neighboring India are still fighting for. In 1979 the United Nations Convention on the Elimination of All Forms of Discrimination Against Women (CEDAW) was adopted and it came into force in 1981. Although Bangladesh ratified the CEDAW in 1984 with reservations on certain articles citing that it conflicts with the Sharia laws as based on the Holy Quran and Sunna. But continuous struggle and agitation by the advocates of women’s rights movement such as Bangladesh Mahila Parishad and Narripokkho led to the subsequent removal of reservations against the right to family benefits and equal guardianship in 1997. But does not give equal rights to women in matters of marriage and divorce.

Bangladesh ratified the Human Rights Convention, The Beijing Platform for Action, Vienna, and the Child Rights Convention. In keeping with these conventions and commitments as well as the 1996 election promises of the Awami League towards gender equality. A Women’s Development Policy was formulated in 1997. The main objective of this policy was to promote the cause of larger women’s society that had suffered abuse and neglect for ages (National Women Policy). Reiterating women’s role in the liberation war of Bangladesh, the government of Bangladesh under Sheikh Mujibur Rehman felicitated the women as ‘biranganaas’ (brave -courageous). Since its independence, women’s development programmes were adopted under the Five-Year Plans. In 1972, the Bangladesh Women Rehabilitation Board was established. The main function of the Board was in the field of garnering economic development by providing vocational training and education, facilitating employment for women. The Board also provided medical aid and food to very vulnerable women and children in poverty.

Furthermore, the Bangladesh Women Rehabilitation Welfare Foundation in 1974, National Women’s organization in 1976, and Ministry of Women Affairs in 1978 with the objective of women development. The Women Affairs Directorate was formed in 1984 and it was upgraded to the Department of Women Affairs in 1990. All these governmental initiatives led to the beginning of a new path of women’s development in various sectors such as health, education, poverty alleviation, family rights, employment opportunities.

The government also undertook various initiatives between 1980 to 1995 to increase women participation in education, agriculture, health, and other commercial sectors by focusing on education and skill-development, credit-facilities for women for self-employment, supportive facilities such as childcare and legal aid for women facing difficulties with small children while at work and facing violence and abuse both in the private and public sphere. Since 2000, the Bangladesh government has initiated development programs called the Annual Development Programs highlighting IT training to women and girls; providing scholarships for the higher education of the girl child, skill-development, and family planning facilities to curb child mortality and women mortality rates during childbirth.

Under the Vision 2021 flagship program of the Sheikh Hasina government, various programmes have been undertaken by the Ministry of Women and Child Affairs to curb human trafficking, abuse, and engagements in endeavours for the economic development of women which is seen as a powerful tool against trafficking and sexual abuse. The National Strategy for Accelerated Poverty Reduction Strategy Paper (NSAPR-II) aimed at the poverty alleviation of women and mainstream them into the macroeconomy in this age of globalization.

Laws play a critical role in empowering people especially those not in a dominant position. In the past twenty years, some significant legislation has been made for women and their upliftment. The prominent among these legislations are the Domestic Violence Prevention and Protection Act 2010 which ensures the protection of women and children from domestic violence within the family. The second legislation which has paved the way to equality among genders in terms of citizenship rights is the Amendment to the Citizenship Act (2009) which provides for citizenship to be given to a child if the mother is a Bangladeshi citizen, even if she marries a foreigner. This law is very fundamental in upholding equal legal status to women who marry outside their country or to a person who is not a citizen of Bangladesh. The Mobile Act of 2009 empowered the executive magistrate to take steps for stopping eve-teasing and sexual harassment of women and girls. The Legal Services Aid 2009 provides for free legal assistance to women who are victims of violence and other sexual crimes. Some other gender-based legislations which Bangladesh enacted in the past decade are the Human Trafficking (Deterrence and Suppression) Act 2012 to prevent human trafficking via sea from Bangladesh. This was in accordance with the UN Convention Against Transnational Organised Crime, 2000 which Bangladesh ratified on July 13, 2011. One of the most effective legal recourse enacted by the government of Bangladesh is the Acid Prevention (Amended) 2010, the enactment of this law has led to a drop in cases of acid attack from 500 in 2002 to 21 in 2020.

The National Action Plan to Prevent Violence against Women and Children 2013-2025, was thought to be a landmark law, and the women’s rights associations and the government had put in a lot of effort in bringing out this legislation after consultations. But the rising cases of domestic violence in Bangladesh during the COVID-19 pandemic raises the utility of laws without societal support.  Laws alone cannot lead to equal dignity, respect, and worth for women and a girl child. For that, we need a society built on inclusion, mutual-respect, and intolerant to gender-disparities.

Several poverty-reduction programmes have been introduced by the Bangladesh government. The Bangladesh Rural Advancement Committee (BRAC) has been at the forefront of attaining the Millennium Development Goal of reducing hunger to nearly half. It has invested in maternity health, family planning, empowering women through improving infant and prenatal healthcare. The BRAC has been such a success in Bangladesh that its leader Sir Fazle Hasan Abed won the World Food Prize in 2015. BRAC’s founder Sir Abed founded BRAC in 1972 with the funds he had generated by selling his flat in London and decided to do something worthwhile in the newly independent Bangladesh but even before that he was instrumental in organizing to help the cyclone victims in 1970 and helped the refugees and cyclone-hit areas.

In addition, the country has shown improvement among most Asian countries in reducing its poverty rate to 21.8 percent in 2018, with the support of Asian Bank Development. The cooperation between state and non-governmental organisations has been at the core of improving women’s position in Bangladesh. One of the critical steps in the economic empowerment of women has been microfinance and employment opportunities in the readymade garment (RMG) industries, Bangladesh is widely known in the world of its textiles especially muslin and jamdani. Women find easy and better job-opportunities in the RMGs as they have softer hands, considered apt for the separation of the silk from the worm as well as in the entire process. The RMGs are one of the major contributors to Bangladesh’s economic development and employment for women, roughly 85 percent. Microfinance has been a huge success among women who comprise around 92 percent of the borrowers. This has helped women in  becoming self-reliant in Bangladesh.

All these schemes for women’s welfare have resulted in an increase in life expectancy of women from 52.9 years in 1980 to 69.8 years in 2010 to 72.6 in 2019. In the Gender Development Index defined as the ratio of women to male Human Development Index, measured on three parameters i.e. health, education, and command over economic resources, Bangladesh has reduced the gender-gap significantly.

Women had been playing a pivotal role in the development of Bangladesh from fighting for the liberation of what was East Bengal till March 1971 to its journey into an independent republic of Bangladesh. They have been equally responsible for Bangladesh’s economic development from a low-income developing country to a nation that attracts maximum foreign investments in the textile sector across the globe. With a woman at the helm of the state, Prime Minister Sheikh Hasina has made a great contribution, providing effective leadership to the country and improving its overall position and global ranking in Human Development Index (HDI). Bangladesh has fared very well in all social development indicators in the HDI 2020 and 2021, surpassing its neighbor India.

Bangladesh is set to become an Upper-Middle Income country by 2031 and will leave its tag of Least-Developing Country by 2024. It has witnessed progress not only in the economic field but also a remarkable improvement in social sectors and alleviation of women’s position in society. Yet much is left to be done and in its 50th independence anniversary, Bangladesh must make a sincere pledge to move towards a gender-equal society where women live without fear of violence and harassment. A nation wherein women possess an equal right to an ancestral property even after marriage, where child-marriage is abolished and literacy rates for women and girl children are improved coupled with better health and employment opportunities. All this cannot be achieved by the efforts of the state or the NGOs alone. Without a change in the patriarchal mindset of society, women will cease to get equality with men. In this regard, Bangladesh can strengthen its labour laws and regulations and initiate more awareness programs for educating the society, providing education for more women, and further improve women’s employment, social security, and age-old pension. A collaborative-cooperative and concerted effort focusing on women’s equality will certainly be a path forward for Bangladesh.