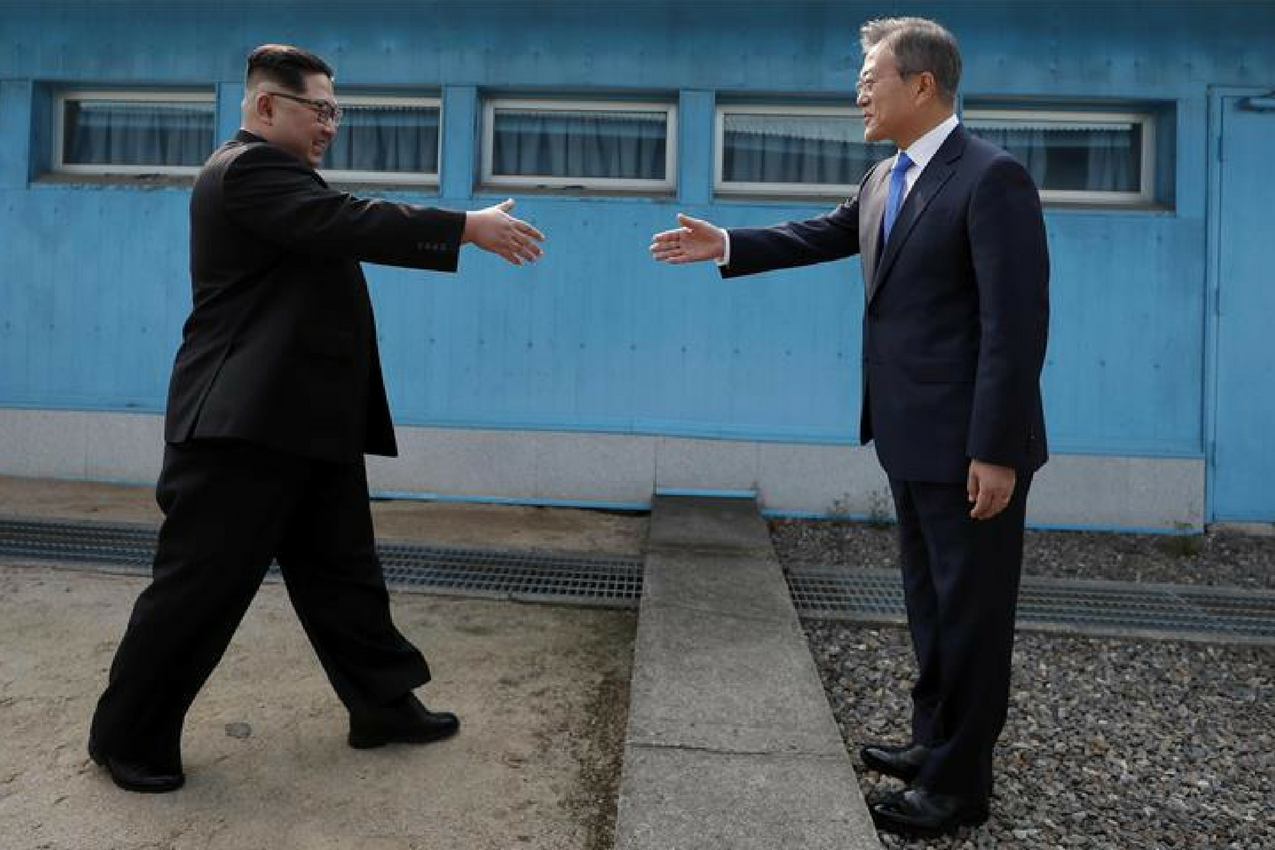 The warming ties between the two Korean countries appeared to strike a blow on its warmth as per the reports of the North Korean government official newspaper named Rodong Sinmun. The paper said as reported by ANI that the relations between the two Korean countries would not move forward if Seoul continued to bow down to the pressure of sanctions imposed by “foreign forces”.

The paper further commented, “If the South joins and blindly follows sanctions pressure by foreign forces manoeuvring to deter inter-Korean exchanges, the North-South relations cannot be advanced in the interests of the Korean people and the implementation of the Panmunjom Declaration cannot be pushed.”

Panmunjom declaration is an agreement between North and South Korea to establish Peace, Prosperity and Unification of the Korean Peninsula. This agreement was signed by the two leaders, Kim Jong Un and Moon Jae-in, that pledges to work towards the “common goal” of denuclearing the peninsula.

North Korea suggested that blindly following the sanctions imposed on the country by the international organizations would impact the inter-Korean ties and treaties. This was a severe statement made to hit out on the US sanctions over South Korea against foreign support to North Korea until denuclearization act is successfully executed.

The paper further comments,” “The US is unjustly intervening in the internal affairs of our nation and the inter-Korean relationship, hindering the reconciliation, unity, dialogue and cooperation between Koreas,” as reported by ANI.

This has come after the US Treasury Department blacklisted three Chinese, Russian and Singaporean shipping companies under the charges of violation. The violation is said to be of financial sanctions applied on them which were planned to restrict any foreign assistance to North Korean economy.

There were further sanctions which were slapped by the US government officials on North Korea after an assumption that President Trump is getting too soft on North Korea recently. The US also implied sanctions on Russia and China over multiple trades.

(With inputs from ANI)