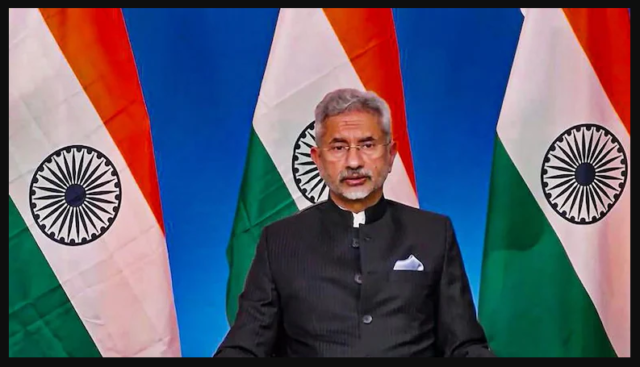 Minister of External Affairs, Dr S. Jaishankar paid an official visit to Mexico from 26 to 28 September 2021 at the invitation of his Mexican counterpart Mr Ebrard Casaubón. This visit aimed to boost bilateral cooperation in trade and investment as well as other areas with one of India’s top trading partners in Latin America. This was his first visit as EAM to Mexico during which he will participate in the commemorative events of the 200th anniversary of the consolidation of Mexican Independence along with other world leaders.

He was received by Minister of Finance and Public Credit Rogelio Ram rez de la O with whom he discussed Mexico’s situation as well as response to the Covid-19 pandemic.  Later he had a meeting with the Foreign Minister of the country Marcelo Ebrard, which was followed by the meeting with the President of Mexico, H.E. Mr Manuel López Obrador.

Indian External Affairs Minister after reaching the country stated that “Participating in the celebrations of Mexico’s 200th anniversary of attaining independence. We are working together in the UN Security Council. India is Mexico’s 9th largest trade partner,” Further, he also pointed out that this was the first visit by an Indian External Affairs Minister in 41 years.

According to official data, trade-in 2018 was USD 10.155 billion, comprising exports worth USD 5.231 billion and imports valued at USD 4.923 billion between the countries. As Mexico is India’s second-largest trade partner in Latin America and also a member of UNSC for the period 2021-22, the minister interacted with the leading CEO’s and the business community in Mexico. India’s exports comprise mainly vehicles and auto parts, chemicals, aluminium products, electrical machinery and electronic equipment, steel, gems and ceramic products. India imports crude oil, electrical goods and machinery from Mexico.