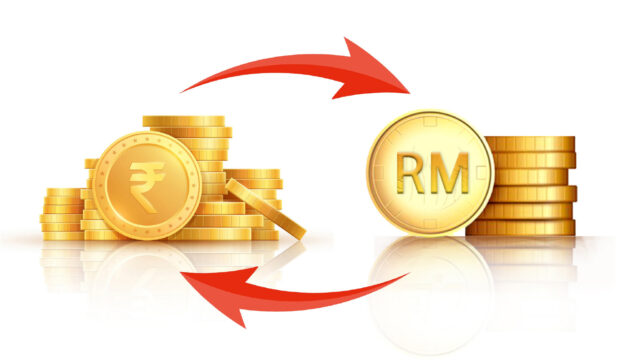 Ties between Malaysia and India go back centuries with a shared history and culture. Malaysia’s location near the South China Sea has given it both economic as well as strategic advantages. Further, being in India’s extended neighbourhood, it has been an integral part of India’s Look East and now Act East policy, serving as a vital link with the ASEAN countries. Malaysia and India have had outstanding bilateral relations since India established diplomatic relations with the Federation of Malaya (predecessor state of Malaysia) in 1957. The large Indian origin diaspora in Malaysia, the third largest in the world, has further lent heft to the bilateral ties. The year 2022, marks 65 years of diplomatic ties between Malaysia and India and presents an opportunity to further strengthen and diversify the existing ties, especially in the economic sphere.

The economic partnership is a point of focus and has seen a regular two-way flow of investments, goods, services, and people, thereby serving as a crucial ballast underpinning the bilateral ties. Economic cooperation covers a fairly wide range of areas including investments, energy and food security, trade in goods and services, and people-to-people exchanges. While cooperation in all these areas has grown steadily, bilateral trade has been growing and Malaysia has emerged as the third largest trading partner for India from the ASEAN region and India, the largest trading partner for Malaysia among the countries of the Southeast region. Regular high-level visits from both countries, over the years, have led to cementing ties and strong bilateral relations.

Indian Public Sector Enterprises such as HMT, EIL, BHEL, and IOC have been engaged with the Malaysian industrial sector since the 1970s. Indian Public Sector Undertakings present in Malaysia, such as the IRCON International Ltd, have been actively engaged in the development of Malaysia’s railway network since 1988; the India International Bank Malaysia (IIBM) a consortium of three Indian Banks, Bank of Baroda, Andhra Bank and Indian Overseas Bank, started its operations in 2012 with a capital investment of US$ 83 million; GIC Re or the General Insurance Corporation of India, a global reinsurance group has an active presence in Malaysia. The ICICI Bank as well as established a representative office in Malaysia.

One of the earliest and major agreements signed between Malaysia and India, the Bilateral Investment Protection Agreement, which was signed in 1997, is a very important agreement as it has been facilitating two-way investments and giving businesses, the confidence to take investment decisions. The revised Double Taxation Avoidance Agreement and an MoU on Customs cooperation were signed in 2012 to address issues that were arising for companies in both countries in order to conduct their businesses with ease.

The India-Malaysia CEOs Forum comprising 18 CEOs from each country was launched on 27th October 2010 by the two former Prime Ministers of India and Malaysia, Dr. Manmohan Singh and Dato Seri Mohd Najib, to give a boost to cooperation at the business level. The CEOs Forum has been meeting regularly and recommending and giving policy inputs to their respective governments in order to develop partnerships between businesses and boost bilateral trade, investments, joint ventures, etc. The CEOs Forum has since been reconstituted and last met in 2017 in New Delhi.

Institutional mechanisms have been put in place and several other agreements have also been signed to facilitate the economic and commercial interactions and two-way investments between the two countries. The CECA or the Comprehensive Economic Cooperation Agreement between Malaysia and India which came into force with effect on 1st July 2011 is prominent among these. It gave an additional impetus to the economic engagement between the two countries. It may be mentioned that, although the ASEAN-India Agreements in Trade and Investments, effective from 2015, provide the overall rubric for the conduct of trade and investments, the bilateral CECA covers goods, services, investments, and other areas of mutual interest and under CECA, both sides have offered ASEAN plus commitments in trade, while in services. Consequent to the signing of the CECA Indian products that benefitted from greater market access include basmati rice, mangoes, trucks, cotton garments, motorcycles, etc. while Malaysian products with greater market access into the Indian markets include fruit, cocoa, palm oil, and synthetic textiles, etc.

An important element under CECA was the temporary movement of workers in commercial sectors including accounting, auditing, architecture, urban planning, engineering services, medical, dental, nursing, and pharmacy. With Malaysia having removed any restrictions, professionals in these fields from India could enter and work in Malaysia, thereby bridging the requirement of qualified professionals needed to work in these areas in Malaysia. This is a mutually beneficial and a win-win outcome for both countries.

Other agreements including the revised Air Services Agreement in 2017 have streamlined and enhanced the air connectivity between Malaysia and India, making it convenient for business persons and people to travel easily. Before the Covid-19 pandemic, there were over 210 weekly flights connecting 19 Indian cities with Malaysia, and with the opening up of travel and easing of Covid-related restrictions, it is expected that the situation will once again be conducive for restoring the weekly flights to pre-Covid levels.

The Indian investments have mainly been in the chemical and chemical products, machinery and metal, transportation technology, and hospitality sectors. Indian IT companies in Malaysia include TCS, HCL, Tech Mahindra, Wipro, Infosys, and Ramco Systems. Many top Indian companies have invested in and made acquisitions in Malaysia including Reliance Industries Ltd, Ballarpur Industries Limited, Larsen and Toubro, and Wipro.

The highest investment proposals are in the telecom sector, followed by fuels, roads, and highways. Some of the top Malaysian companies have invested in India, notably in the telecom sector (Maxis Communications in Aircel (US$2 billion), Axiata in Idea Cellular (US$ 0.75 billion), and Khazanah in IDFC, Apollo Hospitals, Yes Bank, etc. Construction projects include the construction of the airports in Hyderabad (in 2008) and Delhi (in 2010) through a partnership between India’s GMR and Malaysian Airports. The largest presence of Malaysian construction companies outside Malaysia is in India.

Another significant institutional mechanism, including for trade and economic cooperation is the India-Malaysia Joint Commission Meeting (JCM) chaired by the Foreign Ministers and the Foreign Office Consultations (FOC) headed by the senior officials from Ministry of Malaysia and Ministry of External Affairs of India. Economic cooperation between Malaysia and India, inter alia, was reviewed at the FOC meting held in April 2022 and it was decided to enhance all aspects of cooperation and to make the partnership truly meaningful and mutually beneficial.

The Malaysia-India economic cooperation is moving from strength to strength based on the effective institutional mechanisms put in place and the participation of the private sector from both countries which have played a key role in bringing about the transformation of the economic partnership over the years. The combination of the right government policies and dynamism of the private sector are the key drivers in an important geo-economic and strategic partnership in today’s rapidly shifting sands of global geopolitical power.