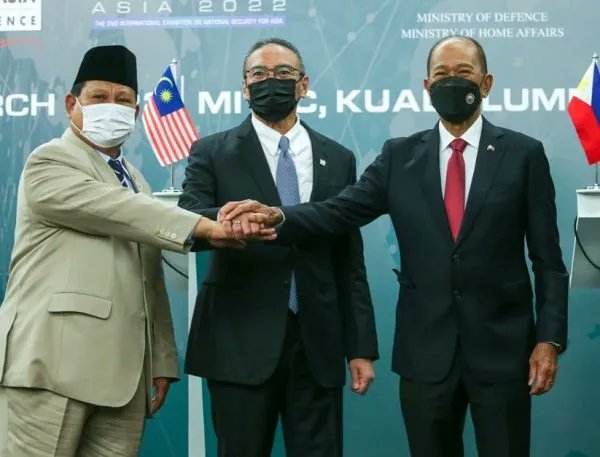 One of the many multilateral security initiatives that have emerged out of Southeast Asia in the recent few years has been the new trilateral cooperation mechanism for managing the Sulu Sea between Indonesia, Malaysia and the Philippines. Last month, the defence minister of Indonesia along with his counterparts from Malaysia and the Philippines reiterated the potential for extension of the trilateral patrols in the Sulu Sea.

Over the recent few years, attention to the area has grown somewhat due to the collaborative efforts by the Philippines, Indonesia and Malaysia to enhance the already great trilateral collaboration among themselves to address these challenges. This collaboration took shape as the Trilateral Cooperative Agreement (TCA) in the year 2017 and 2018, with maritime and air patrols. The setting up of centres for operations in each of these countries and the gradual inclusion of observer countries such as Singapore and Brunei have also further fostered cooperation among the countries.

The focus of the intense defence collaboration between the southern Philippines, Indonesia, and Malaysia is the one million square kilometre tri-border area. To check transnational organised crime and potential negative threats, the tr-border area holds great significance for all three countries.

On March 28, this year, the first TCA ministerial-level meeting was held since the pandemic began. This meeting saw the three sides trying to make some progress on this front. This high profile trilateral engagement took place in Kuala Lumpur, Malaysia. It is also important to note that Malaysia also held the Defence Services Asia (DSA) exhibition and National Security Conference Asia (NATSEC). Public statements and remarks that were released after the meeting suggested that the three defence ministers agreed to increase the intensity and frequency of interactions between them and would consider the expansion of TCA’s membership to include other Southeast Asian countries.

As per a press release issued by the defence ministry of Indonesia, all the three sides have agreed to speed up the implementation of the trilateral maritime exercises in areas of their mutual concern. They also have decided to strengthen intelligence-sharing to facilitate the future surveillance operations of the TCA along with accelerating the deployment of trilateral maritime patrol liaison officers to designated maritime command centres in Tawau (Malaysia), Tawi-Tawi (Philippines) and Tarakan (Indonesia).

Observations made by the Malaysian Defence Minister, Hishammuddin Hussein and Philippine Defence Secretary Delfin Lorenzana suggested that other ideas to expand the TCA had also been under consideration. This includes the annualisation of TCA ministerial, exploring the perspectives of land-based exercises and expanding patrols to include 24-hour coverage with faster ships and reconnaissance aircraft. The TCA will also be evolving during the natural cycles of domestic politics in each of the three countries.