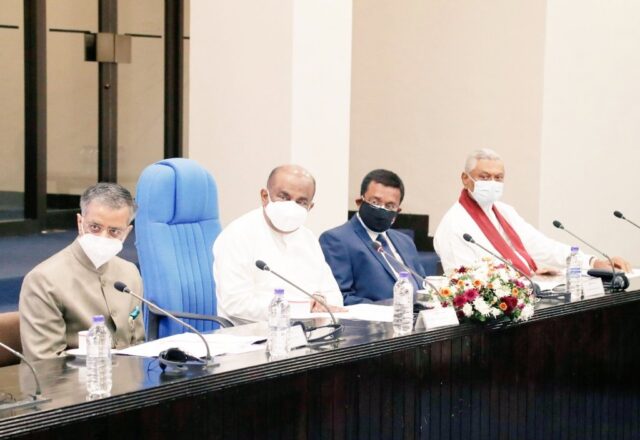 In another attempt to forge closer ties, India and Sri Lanka revived the Parliament Friendship Association.

MPs Rauff Hakeem, M.A Sumanthiran and Dr. V. Radhakrishnan will serve as Vice Presidents in the Association. MP Anura Priyadharshana Yapa, and Jeevan Thondaman, State Minister for Estate Housing and Community Infrastructure were elected as the Secretary and Assistant Secretary, respectively. MP Jagath Kumara Sumithraarachchi, MP was elected as the Treasurer of the Association.

This association which was set up earlier, was revived after the Sri Lankan Parliament reassembled following the August 2020 elections.

Addressing an event in the Parliament in Colombo, the Sri Lankan Foreign Minister GL Peiris, spoke about “close civilizational ties” between India and Sri Lanka. According to the Minister, Buddhism was the greatest gift from India to Sri Lanka.

The Indian High Commissioner, who attended the event as the Guest of Honour, said that the association will “reinvigorate” Parliamentary exchanges between India and Sri Lanka. This will also strengthen bilateral ties.

The inaugural event was attended by more than 100 Members of Parliament, including Ministers and leaders of opposition parties.

At the inaugural event, a message from Indian Lok Sabha Speaker, Shri Om Birla was read out by the Indian High Commissioner.

This association is a welcome step to engage legislators from both sides.

Shri Baglay in his speech at the event also added that the association would aid in strengthening the multi-faceted bilateral relationship between the two nations, especially in six areas including fostering sharing of democratic values, cooperation in combating common challenges, enhancing people-to-people connectivity, encouraging greater economic engagement, strengthening the cultural connect and sharing the fruits of development partnership.

The two countries, in recent months, along with Maldives, have decided to share intelligence on maritime security to nab and restrict movement of drug traffickers and smugglers in the region.