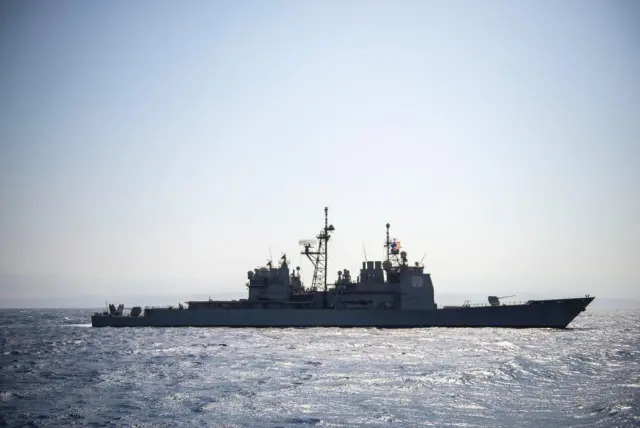 November 10, 2021, the United States, Bahrain, Israel and the United Arab Emirates launched a joint naval training in the Red Sea. The five-day exercise under the leadership of the U.S. Naval Forces Central Command (NAVCENT) is being seen as an unprecedented naval exercise marking the first time these nations acknowledged a shared training exercise made possible by the 2020 accords under which Bahrain and the UAE normalized diplomatic relations with Israel. The exercise was led by the U.S. Navy’s 5th Fleet which is based in Bahrain and is responsible for naval operations in the Arabian Gulf, Gulf of Oman, Red Sea, and parts of the Indian Ocean, along with the Strait of Hormuz, the Suez Canal and the Strait of Bab-al-Mandeb.

Vice Admiral Brad Cooper, the commander of the US Naval Forces Central Command stated that “It is exciting to see US forces training with regional partners to enhance our collective maritime security capabilities.”

The Red Sea is important as it links the Gulf of Aden to the Suez Canal which is also the world’s most important oil shipping route. Through the above collaboration, it helps countries safeguard the freedom of navigation and the free flow of trade which are important components to establish peace and stability in the region. The military exercise will further enhance cooperation and coordination between the countries and will focus on visits, board, search and seizure tactics. The current naval exercise is also a part of a broader training effort in the region. This is not the first collaboration of such nature. In October this year, Israel hosted its largest air force exercise. Countries such as UAE, US, France and Germany took part in it . While the UAE aircraft did not fly during the drills, the Emirates’ air force chief travelled to Israel to observe.
A spokesperson for the Israel Defense Forces while giving the official statement said they believed, “the training would mark the beginning of cooperation between the countries against the Iranian establishment in the maritime space. This is a significant first step, after a smaller exercise that took place at the end of last August.”