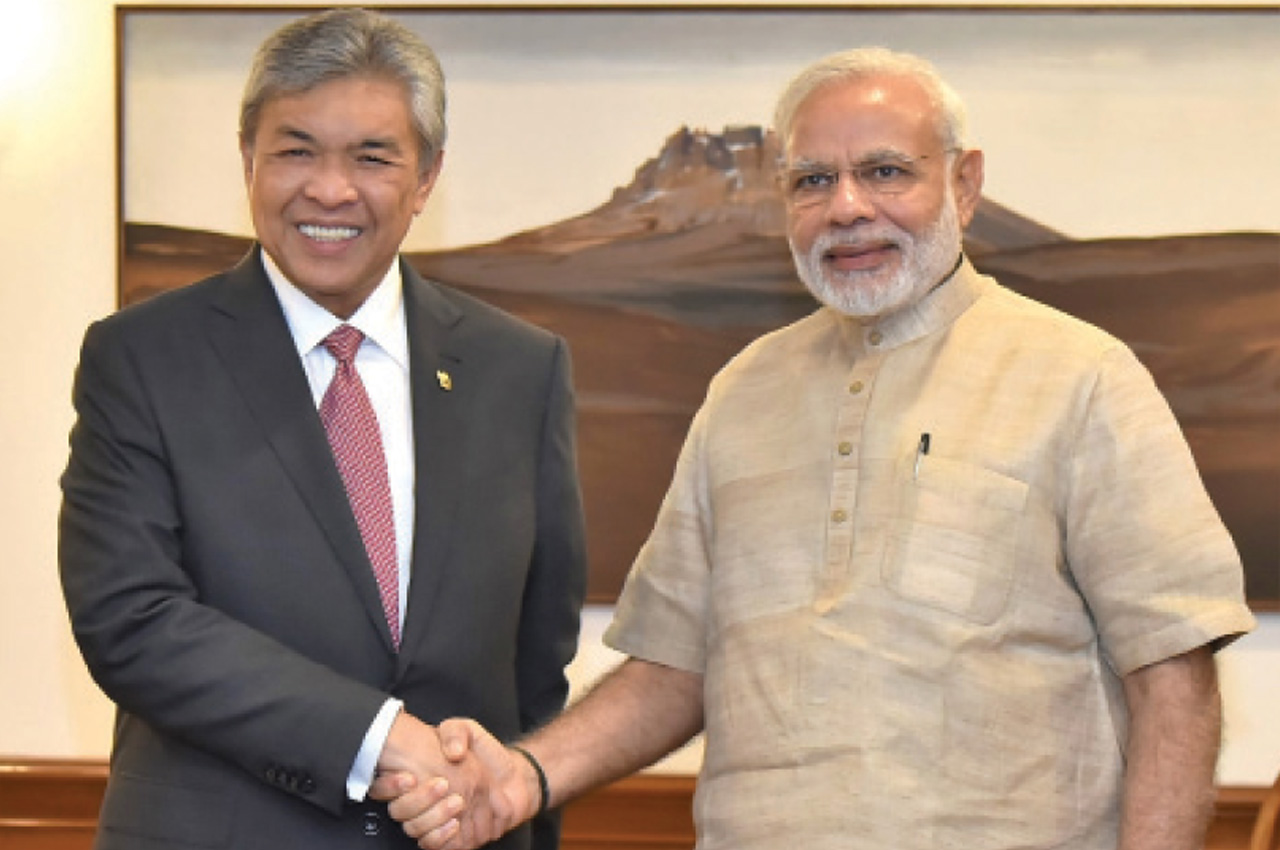 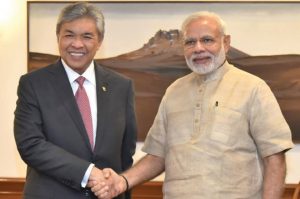 India and Malaysia are historically connected and their centuries old relationship has played a major factor in strengthening their relationship. Indeed, influence of India’s civilization on its east Asian neighbors have significantly contributed in the development of many nations. During the colonial period, India’s long established trade relations were severely damaged, however, settlement of Indian origin people especially in Malaysia along with other Asian countries surged in this period due to labor requirement of British Empire. Despite Nehruivian thrust to forge close ties with newly independent nations of this region, India’s attention was overwhelmed by India’s preoccupation with China in the Cold war period. However, the collapse of Soviet Union in 1989 and economic success of ASEAN in the 1980s motivated New Delhi to rethink and focus on this region.

With the economic liberalization in 1990, then Indian Prime Minister P V Narsimha Rao launched the Look East Policy (LEP) in 1992. LEP was mainly focused on engagement with South East Asia and ASEAN , the miraculous success of this regional organization, and to check the growing influence of China in the region motivated the Indian policymakers to boost up the politico-military ties with the region. PM Modi now changed the outline of LEP and made it more of an action-oriented approach presently called “Act East Policy”. Malaysia, one of the fastest emerging economies in the region, got a special place in strategic consideration of India. The strong presence of two million Indian origin people in Malaysia had always been a concern for the Indian leaders and Jawahar Lal Nehru made special efforts to secure the welfare of Indian Diaspora here. Presently, Indo-Malay relations have made a steady but reliable partnership in many areas including trade, defence and cultural exchanges.

From a merely economic cooperation, the relationship between both nations became strategic in terms of strategic defence ties. The increasing defence cooperation especially in maritime security provides a depth to this argument. Modi during his visit to Malaysia last year in November proposed to setup the SU-30 Forum – extending the ties to a new level by defence exercise and collaboration in training and defence equipment. Malaysia despite having a small defence industry, is undertaking defence industrialization for both economic and militarily purposes. It has established first of its kind in ASEAN nations, a Defence Technology Park for this purpose. The research facility and procurement of arsenals will be available for international, regional and domestic requirements. India’s new thrust on Make in India has attached a great significance to military development. Make in India in military sector can make India become exporter of military equipments. India’s indigeniously developed Dhruv and Tejas helipcopter could meet the growing demand of defence arsenals of South East Region especially Singapore and Malaysia for their air defence needs.

The bilateral trade between these two countries has increased from $0.6 billion in 1992 to $14 billion in 2014. However, trade remains imbalanced in favor of Malaysia as Malaysian export outweighs the Indian export. Malaysia is the 27th largest investor for India and Indian companies also making investments in Malaysian economies. However, experts suggest that economic engagement can be made more intense in the areas of infrastructure development and IT services. India’s Smart Cities project and fast growing economy provides an opportunity for the Malaysian business for investment. Malaysia’s main exports were palm oil, electrical and electronic products, crude petroleum, chemicals and transport equipment. Indian exports are mainly agricultural products and meat. However, Indian expectation of larger investment from Malaysia has not been fully realized. The further road of economic cooperation depends more on how two countries can get mutually benefitted through India’s active participation in ASEAN forum.

With the presence of nearly 2 million Indian origin people in Malaysia makes a special case for Indian government to tackle the welfare of their people abroad and how New Delhi can garnish in mutual interest of both the countries. Malaysian government has made substantial efforts to look after the Indian community. The Malaysian perspective on India has been mainly derived from presence of a IT professionals and unskilled workers. Both countries feel that common people should be included and some of the best ways to promote these relations are through cultural functions, dance and music festivals. Malaysia India Foundation should be set up and Indian cinema actors can be utilized to serve this purpose. Indian government should also delicately raise the issue of Indian people.

In the last two years, South China dispute has made headlines more than any international event. Territories become the subject of dispute because of its strategic location and location of natural resources attached. Malaysia lays claim on eight maritime features, the most important are Swallow Reef, Erica Reef and Mariveles reef.

The Permanent Court of Arbitration rejecting China’s ownership claims to 80 percent of the South China Sea was greeted with much satisfaction in New Delhi. It is a matter of concern for India because if China gets away with its claims it can impinge the relationship with the US, ASEAN members and the international order. The changing dynamics of territorial claims in South China sea has brought many East Asian countries closer with India including Malaysia. The better understanding between India and Malaysia can help them to raise their issue constructively at the international forums. So in a hostile environment it becomes imperative for India and Malaysia to forge a more robust strategic partnership in coming years.