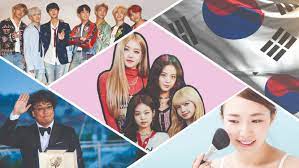 Hallyu! The Korean Wave manifests the creations of the Korean wave through music, drama, cinema, and fandoms and also underlines its cultural impacts on the fashion and beauty industries. Around 200 objects across four thematic sections are featured in the exhibition, incorporating some loans never seen in the UK before, accompanied by popular culture ephemera and digital displays. The exhibition invites visitors to delve into the Korean phenomenon popularly known as Hallyu, which means the Korean wave. Since the late 1990s, Hallyu has risen to prominence, rippling throughout Asia before stretching to all corners of the world and challenging today’s global pop culture. It includes K-Pop costumes and the newly released K-Pop dance interaction challenges, along with K-drama, cinema props, posters, photography, sculptures, video, fashion, and so on.

The exhibition opens with PSY’s 2012 viral video of his hit single “Gangnam Style,” along with his iconic pink suit on display. The sensational video portrays an early reflection of the international appeal of Hallyu, which led to a global phenomenon, inspiring parodies, and various cover versions across the globe. The four sections of the exhibition incorporate:

The exhibition concludes with K-fashion, showcasing over 20 looks by contemporary fashion designers and hanbok from Korea and the Korean diaspora. Thus, the exhibition, beginning from September 24th, 2022 to June 25th, 2023, will be celebrating these colourful and vibrant popular cultures of South Korea from the commencement of its place on a global stage.