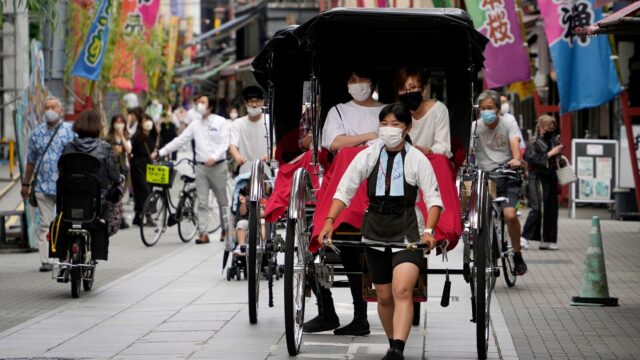 From October 2022, Japan will scrap tough pandemic-related border restrictions, paving the way for mass tourism for the first time in two and a half years. Japanese Prime Minister Fumio Kishida, who is in New York City in the United States for the United Nations General Assembly (UNGA), revealed that individual travel and visa-free entry would start on October 11th, as the third largest economy in the world is seeking reconnection with the rest of the world. P.M. Kishida spoke about how Japan as a nation has flourished through the free flow of people, goods, and capital. In addition to elaborating on the lifting of travel restrictions, he announced that the government plans to launch a campaign on the same day to offer domestic travel and event discounts to Japanese residents. He hopes that many citizens will take greater benefit from the offers to support the hotel, travel, and entertainment sectors that suffered tremendously during the pandemic. Japan’s Minister of Digital Affairs, Taro Kono, has also twitted that the beloved nation for its unique mix of vibrant urban culture and natural beauty is opening up for foreign tourists, lifting its tight regulations.

When partial relaxation of restrictions was implemented in June of this year, Japan only allowed tourists on packaged tours and has a daily arrivals cap, currently set at 50,000. Tourism operators and business groups had called on the government to reopen the borders, given the fact that Japan would be left behind, as the other nations have learned to live with the virus. The Director of the travel and tourism research firm Check-in Asia, Gary Bowerman, said that the reopening of Japan would be “a key barometer” of the travel recovery in the Asia Pacific. Bowerman also states that it is a popular year-round destination that is a vital source of travelers for the region and an integral player in the aviation sector of the Asia Pacific.

The President of All Nippon Airways, Shinichi Inoue, said that they are extremely happy to witness the long-awaited ease of travel restrictions. They are planning to increase the number of flights from the end of October to welcome customers from abroad. He further mentioned how the economic impact of inbound travelers before the pandemic was said to be roughly ¥5 trillion and it is of great hope that the economy will regain this effect of a similar size. The reopening will stimulate the regional economies as well, as many people are willing to travel to different areas of Japan. Japan Airlines also welcomed the government’s move by saying that they would be fully prepared to welcome the visitors and contribute to revitalizing the Japanese economy.

A growing number of travel destinations in Asia have welcomed vaccinated international visitors, including India, South Korea, Malaysia, and the Philippines. Thus, Japan is also reopening its tourism, where people will only have to show vaccination proof or recent recovery from COVID, which is similar to the current entry requirement in the United States.