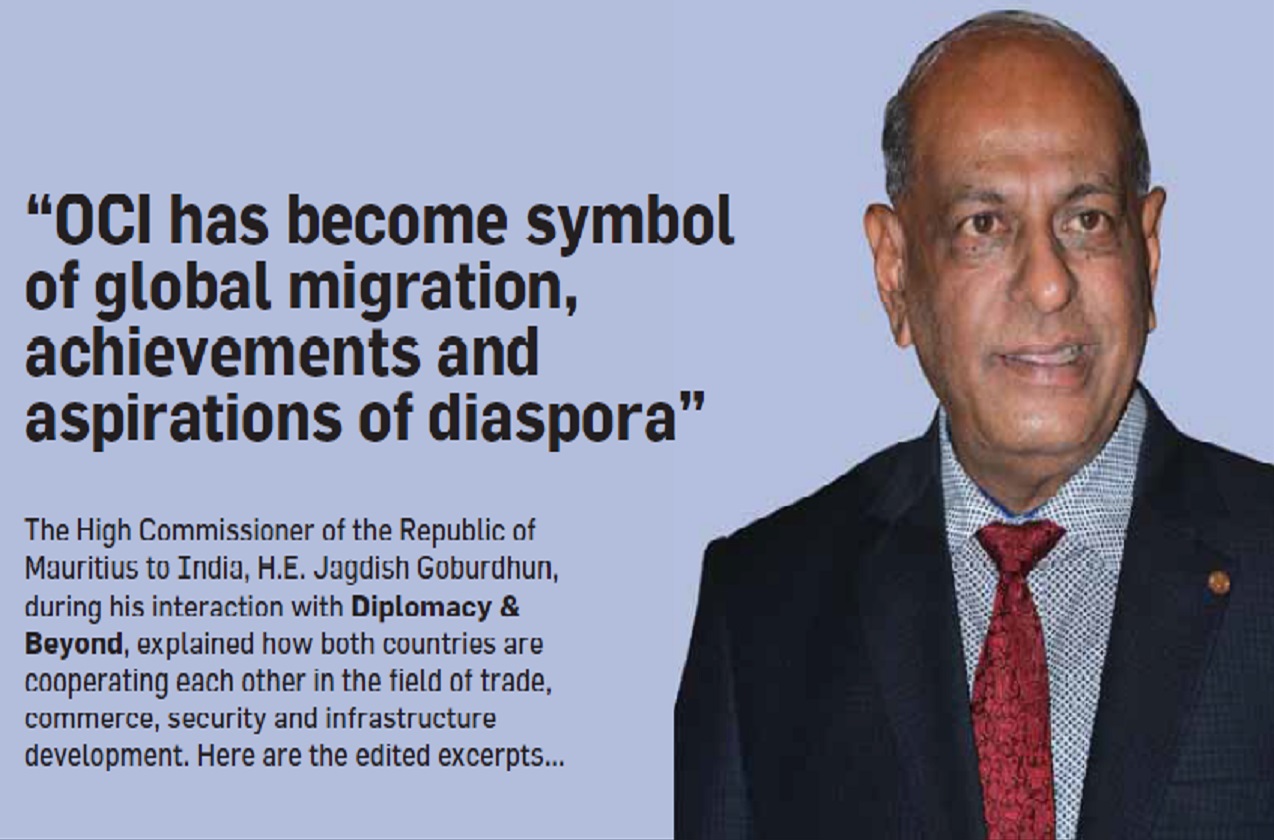 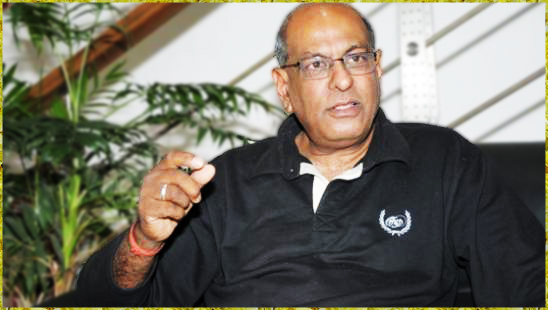 The High Commissioner of the Republic of Mauritius to India, H.E. Jagdish Goburdhun, during his interaction with Diplomacy & Beyond, explained how both countries are cooperating each other in the field of trade, commerce, security and infrastructure development. Here are the edited excerpts…

Actually, I am very happy being the High Commissioner of Mauritius to India. Being in New Delhi is a great honour for me. The last two years, have been very productive in terms of bringing both Mauritius and India closer. The relations between Mauritius and India are growing from strength to strength as evidenced by the multiplicity of high level visits and exchanges between our two countries. The recent State Visit of the Prime Minister of Mauritius to India in May 2017 has taken the relationship between our two countries to another level. The Indo-Mauritius relationship is a unique partnership that is to become increasingly strategic. India is actively participating in the development of Mauritius. Cooperation between India and Mauritius cover a wide range of sectors including infrastructure development, defence and security, economy and trade, culture, education. Given our ancestral heritage, I have ensured that the historical and bilateral ties are channeled with the view of strengthening the existing relationship between our two countries.

It is to be recalled that Mauritius was the only non-SAARC nation to be present at the swearing-in ceremony of H.E. Mr.Narendra Modi, Prime Minister of the Republic of India. Within one year he came into power, H.E. Mr. Narendra Modi, visited Mauritius. The Indian Prime Minister paved the way for strengthening a relationship already based on a firm foundation of mutual trust and goodwill. In fact, various Agreements were signed while he was in Mauritius. The Agreement on traditional systems of medicines and homeopathy was signed during the visit. This MoU will assist in building up the preventive care needed for the population of Mauritius. The Agreements signed during the State Visit of Hon. Pravind Jugnauth, Prime Minister of the Republic of Mauritius to India will strengthen our mutual cooperation and capacities. The Agreements signed, focus on the current and future needs of Mauritius and on how to contribute to a better environment for the welfare of our future generation. India is assisting Mauritius in the implementation of priority projects.

The Government of the Republic of Mauritius is looking to the empowerment of entrepreneurs involved in the SME sector. Mauritius, just like India, is aggressively marketing itself in terms of investment and business opportunities. Mauritius has positioned itself as gateway to Africa with investments routed via Mauritius to Africa. Mauritius is also looking at the development of special economic zones, in line with our Africa strategy, in order to transform Mauritius into a regional platform for trade, investment and services.

Mauritius and India shares the “Hind Maha Sagar”. The collaboration between our two countries is in the interest of peace and security in the Indian Ocean region. Mauritius believes that India has an important role to play into bringing a more peaceful world. Mauritius support India’s legitimate aspiration for a Permanent Seat in a reformed United Nations Security Council.

I have had the honour to participate in the Pravasi Bharatiya Divas (PBD) since its inception. The date of 9 January chosen by the Indian Government is symbolic as it marks the date that Gandhiji returned to India from South Africa. Sir Anerood Jugnauth, Minister Mentor and Minister of Defence was amongst the first leaders of the World to be honoured by the Bharatiya Pravasi Samannam Award. This year Mauritius was honoured by Prime Minister Modi when he not only conferred the Pravasi Bharatiya Samannan Award to our Prime Minister Pravind Kumar Jugnauth but also made an announcement on the special provision for the OCI card for Mauritians.

Mauritius is grateful to India for assistance in financing key infrastructure projects which would allow the country to move to the next phases of its development. India will be assisting Mauritius in the realization of the Metro Express Project which will help in alleviating road congestion problems. India will be building a new Ear Nose
and Throat Hospital in Mauritius. India is also assisting in the development of the SMEs in Mauritius. In this context, Honourable Mishra, Indian Minister of MSME visited Mauritius to further cooperation. Mauritius looks forward to the conclusion of the CECPA negotiations before the end of the year.

It is a very welcoming idea but not easy to implement. Since both countries share rich common culture, it should be our responsibility to promote it widely. We have to search for good things and put them in practice. For instance, the zero budget farming is the best agricultural practice that I myself have adopted from India. Similarly, there are other productive traditional techniques which can be propagated for the betterment of the human race.

“OCI has become symbol of global migration, achievements and aspirations of diaspora”