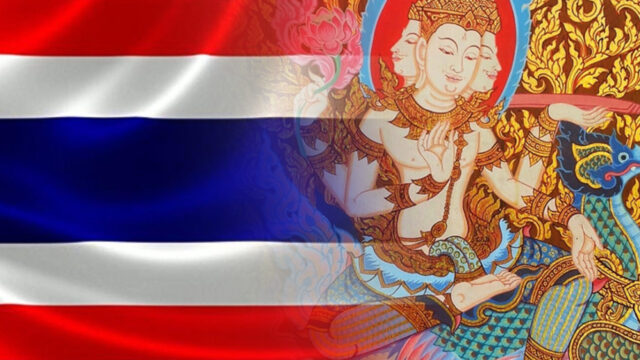 Since 2010, Thailand started implementing the concept of a Creative Economy in its domestic policy. This meant taking measures to develop resources focussed on creative areas like art and culture. Thailand has been investing majorly in these areas to overcome obstacles of low natural resources, uncertain global economy, economic shifts, etc. The Government took special initiatives to evolve the Thai art and culture and introduced policies to help the environment and community prosper to support the creative economy development.

The concept of Creative Economy also known as the “Orange economy” was introduced by the British author John Hawkins. The United Nations had declared 2021 as the year of Creative Economy for Sustainable Development and Thailand was amongst the nations who supported the cause.

In fact Thailand was one of the members of the 2005 Convention on the Protection and Promotion of the Diversity of Cultural Expressions. This was one of the efforts to support the “creation, production and distribution of, and access to cultural goods and services”.

This progress was hindered by the pandemic when the physical mobilities started getting restricted. The government as a part of the 2005 Convention, started holding seminar and virtual meetings to address the challenges. The Government agencies contacted artists and have been thinking of incorporating them into state policies. Another issue was the ability to avail COVID assistance schemes for freelancers and beginners due to the process of applications that supports medium enterprises rather than small ones.

Although there have been talks of introducing new policies focussed primarily on creative freelancers and coming out with a fund specifically to support them, the implementation is awaited. Thailand is an extremely rich country full or arts and traditions. In the presence of proper channels, the country can build up a major sector focussed on the same. However, a sanctioned set up to support the industry can encourage the youth as well as help in flourishing the economy.

The webinars being held during the COVID 19 have been a silver lining. But, a substantial Creative Economy needs proper mechanisms and support systems in place soon. There are infrastructural needs being discussed and the Creative Economy Strategy is working towards improving the working conditions of the sector.

Art and culture might be the ‘softer’ areas for a country’s policies, but they contribute to the identity as well as economy of a country. In the troubling times for the tourism industry, reforms to boost the art and culture industry will help in increasing export. It will also attract tourists in future and generate employment opportunities. The Government is in talks to go ahead with the cultural reforms. Initiatives to support creativity centred start-ups in the initial phase, legalised system of funding, use of digitalised platforms and artificial intelligence, and government’s help in promotion and advertising of creative innovations is needed. Indonesia has been working to promote its Creative Economy. Guatemala is another example of propagating the idea of Orange economy.

COVID has opened up so many avenues to accept the potential of Orange economy as never before. It has been used in many countries as a way to thrive the creative aspects of economy. Bangkok too has the capabilities and the resources to embrace that and tap the benefits. The process has definitely started and look highly optimistic.