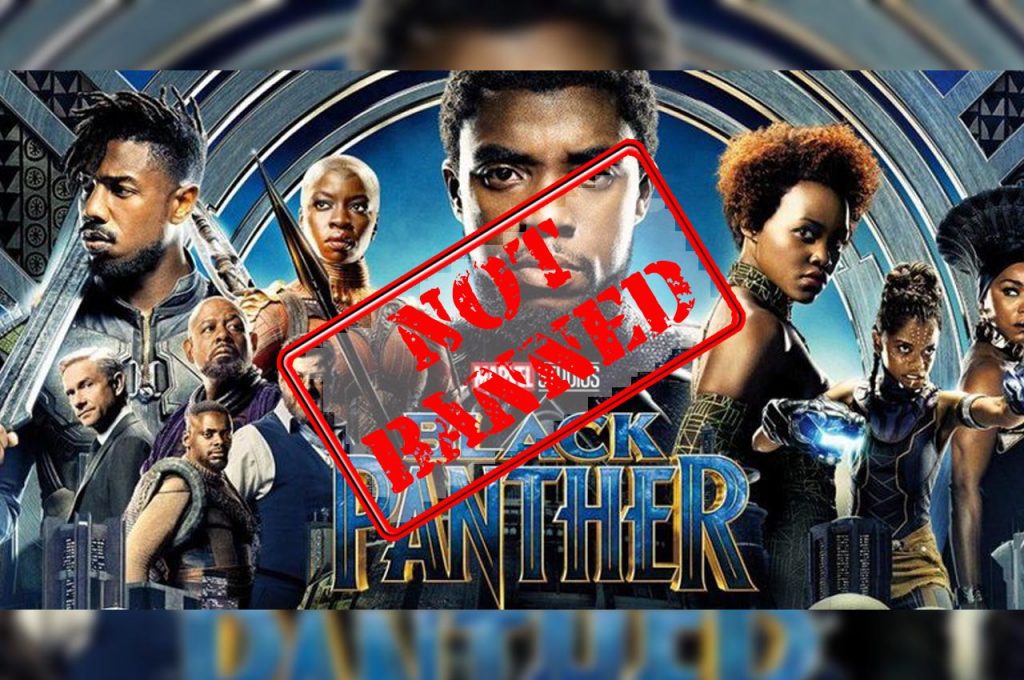 New Delhi: Saudi Arabia is all set to implement the lifting of the ban from the cinema after long 35 years with the screening of Marvel’s superhero blockbuster Black Panther.

Disney and its Middle East distribution partner Italia Film will release the movie on Wednesday, and it will be shown in a new AMC movie theater in Riyadh. The launch event will be a private screening.

The Arabian country had announced the lifting of ban from cinema in December last year.

This month, Saudi Arabia’s Ministry of Culture and Information announced the first cinema operating license to the Development and Investment Entertainment Company (DIEC), a wholly owned subsidiary of the Public Investment Fund, enabling AMC Cinemas to open and operate in Saudi Arabia.

AMC’s first cinema will be located in the King Abdullah Financial District in a building originally intended to be a symphony concert hall, AMC Chief Executive Adam Aron said in an interview. The Development and Investment Entertainment Company (DIEC) and AMC Entertainment will commemorate the historic moment with a gala event today, hosting prominent local and international guests, a source said in a statement.

Saudi Arabia wants to build around 350 cinemas with over 2,500 screens by 2030, which it hopes will attract nearly $1 billion in annual ticket sales.

The cinema will be open to the public in May, and tickets to public show times are planned to go on sale later this month through an online ticketing system.

Saudi Arabia banned movie theaters in the early 1980s after the country passed extremely conservative religious measures in 1979. A successful reform campaign headed by Crown Prince Mohammed bin Salman—who hopes to revamp and modernize Saudi society—resulted in the end of the ban.

“The restoration of cinemas will help boost the local economy by increasing household spending on entertainment while supporting job creation in the Kingdom,” Culture and Information Minister Awwad Alawwad said in a statement.

The Saudis are ardent patrons of Western media, cinema, and culture. Despite the ban, Hollywood films and television series are extensively watched at home.