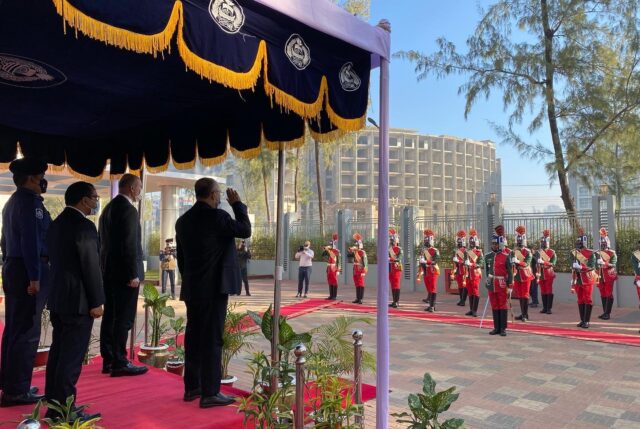 Describing the deals, Bangladeshi Interior Minister Asaduzzaman Khan said, “We talked about training, intelligence sharing and ways to fight cybercrime. Also, following the signing of the agreement, the Turkish interior minister said they will extend their cooperation with us.”

Apart from this understanding, Turkey extended support on the issue of Rohingyas and their hosts in Bangladesh.

According to the Minister, Turkey has been supporting Rohingyas in many ways. The minister also said that a Turkish team will visit Bhasan Char. Bhasan Char is an island where Rohingyas are staying in shelters. The visiting team would assess how they can help Bangladeshi officials to host Rohingyas.

The visiting Turkish minister reopened the Turkish field hospital which was gutted in a fire in 2021. The hospital was reconstructed with the help of Turkish Disaster and Emergency Management Authority. Bangladesh is hosting about 1.1 million Rohingya refugees in Cox Bazaar and Bhasan Char.

In 2019, Turkey launched what is called as Asia Anew Initiative (ANI), with an aim to diversify ties with Asian countries.

The two countries share the same experience due to porous borders and rampant drug smuggling.

Collaboration at the defence level helps Turkey economically, which is going through an unstable phase. For Dhaka, it means diversifying its dependence for weapons procurement. Under the Force Goal 2030, Dhaka aims to modernize its forces and diversify its reliance on a handful of countries for its weapon needs.