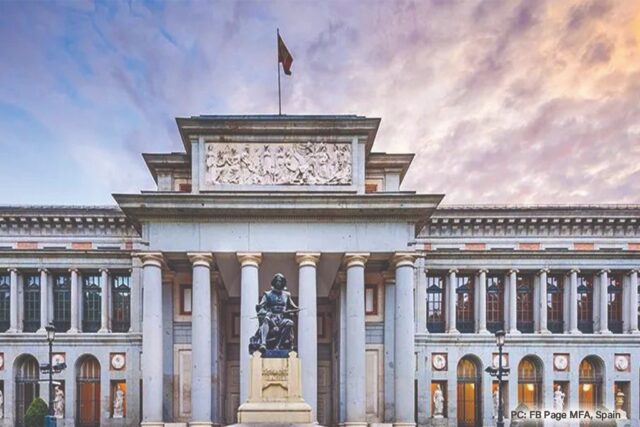 The World Health Organization stated this week that “there is a worrying increase of the disease”, in the European countries. With countries such as Germany, Northern Ireland, and France declaring many zones as risk zones, the Spanish government has ordered a partial lockdown in the capital city, Madrid.

The capital city has been seeing an upsurge of cases since the opening of the lockdown. With almost more than 8 million children heading back to school and many Spaniards going back to work, there are almost 735 cases per 100000, a number recorded to be the highest for any region in Europe.

The surrounding areas and Madrid are badly affected which has led the Central government to impose stricter rules on mobility and limits on the social gathering. The new restrictions don’t allow residents to leave the area unless they are essential trips. The city’s borders will be closed for outsiders unless it’s an urgent visit. While many regional governments have favoured the lockdown, the city’s regional government opposes it by saying that it is legally invalid.

The regional government of Madrid has decided not to impose the restrictions on the city or the areas surrounding it but instead has issued restrictions in 45 basic healthcare areas to restrain the spread. On contrary, the central government has recommended an end to all unnecessary movements in the city and that people are only allowed to move if it’s an essential trip and social gatherings are to be limited to six people. While several experts have said that Madrid is “not doing enough” to contain the spread and the measures are too feeble, Spain has now called in the army to improve the tracking of the infection spread with the help of the regional bodies.

The Health Minister of Spain said in a news conference that, “Madrid’s health is Spain’s health. Madrid is special”. He announced the new restrictions which will be coming to force in a few days. According to the Health Ministry, 40% of intensive care units are occupied by patients affected by Covid in Madrid. While Madrid has the highest rate of contagion, other Spanish regions are experiencing a resurgence of cases. The spread of Covid has dramatically slowed down in China, whereas with time, the crisis seems to be gravitating towards Europe as it’s becoming the “high-risk” zone.