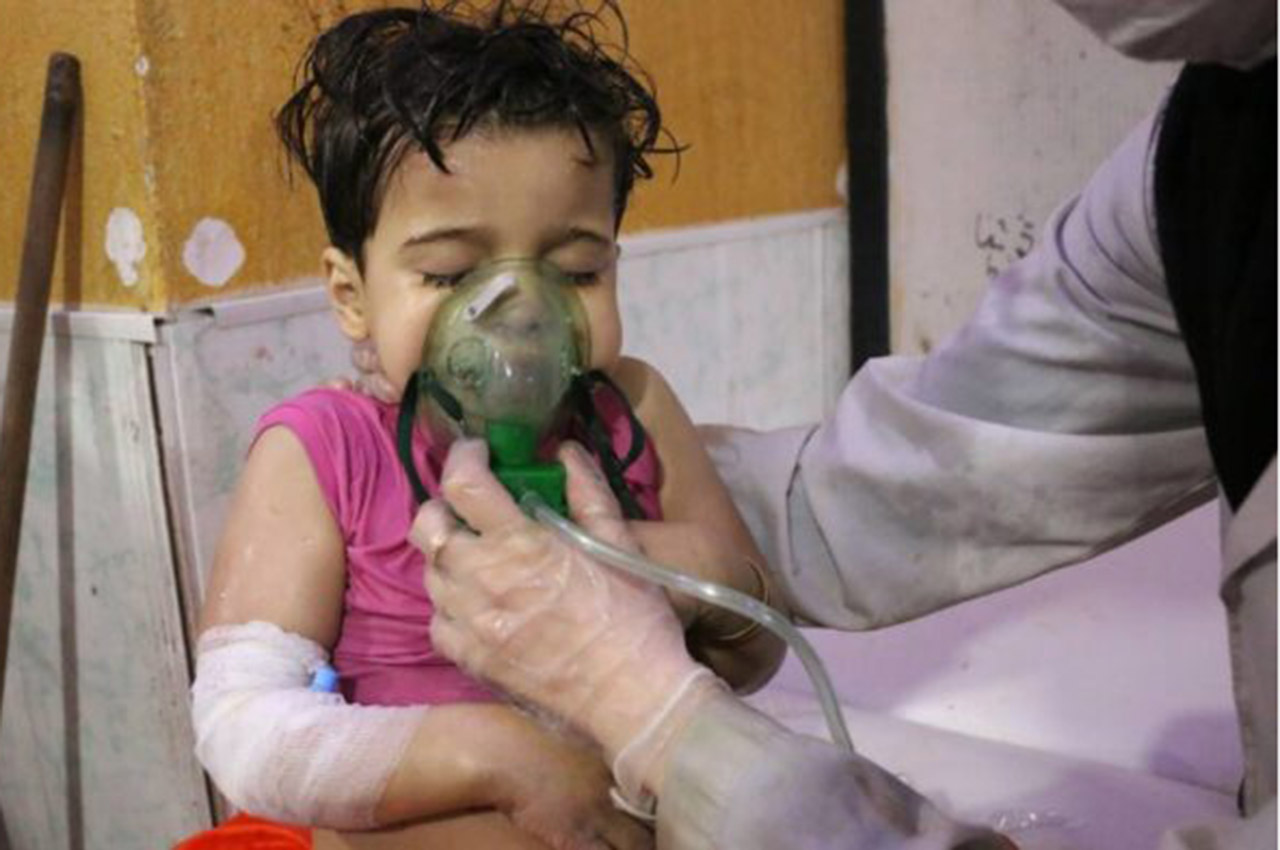 About 500 people are believed to have been affected by a suspected chemical attack last week on the rebel-held town of Douma, Syria, the World Health Organization says.

The WHO also revealed that the 43 people who were killed died from ‘symptoms consistent with exposure to highly to toxic chemicals’.

According to reports from Health Cluster partners, during the shelling of Douma on Saturday, an estimated 500 patients presented to health facilities exhibiting signs and symptoms consistent with exposure to toxic chemicals. In particular, there were signs of severe irritation of mucous membranes, respiratory failure and disruption to central nervous systems of those exposed.

More than 70 people sheltering in basements have reportedly died, with 43 of those deaths related to symptoms consistent with exposure to highly toxic chemicals. Two health facilities were also reportedly affected by these attacks.

Any use of chemical weapons to cause harm is illegal under international law. “Global norms against chemical weapons reflect a particular abhorrence to their disproportionate harm to the eldest, the most infirm, and the youngest among us,” the report stated.

“We should all be outraged at these horrific reports and images from Douma,” said Dr. Peter Salama, WHO Deputy Director- General for Emergency Preparedness and Response. “WHO demands immediate unhindered access to the area to provide care to those affected, to assess the health impacts, and to deliver a comprehensive public health response.”

WHO is currently coordinating the health cluster response for people displaced from East Ghouta and is planning to provide more assistance to newly-accessible areas of East Ghouta as soon as access is granted.

U.N. aid agencies lack access to most of eastern Ghouta, from which rebels are withdrawing under a deal with the Syrian government that restored its control over the region. WHO said it had trained more than 800 Syrian health workers to recognize symptoms and treat patients for chemical weapons exposure. The U.N. agency has also distributed antidotes for nerve agents, including in besieged Douma last year.