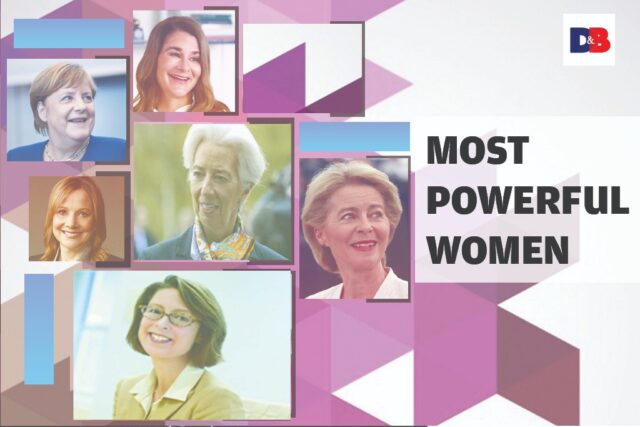 In time, one of the most dramatic and deserving changes in the world has been the prominence of women in power. With time, women are leading different institutions and other areas in life from the front. Opening up education and opportunities for women has led to visible leadership from this gender.  Even with strong skills, women still face challenges at home, workplace, and in breaking traditional gender stereotypes. Historic tensions between feminism and power are believed to be resolved by activism but it is not that simple. Yet with a stubborn linkage between maleness and leadership, women have been constantly proving themselves capable of providing strong, visible leadership.

Recently, the Forbes List of World Billionaires came out and around 234 positions were held by women. Alice Walton, an heir to the Walmart fortune topped the richest women list. As a group, the women on the list are worth $927.4 billion. Despite the recent economic instability, they are collective $29.4 billion richer than last year. Forbes also came out with its World’s 100 Most Powerful Women’s list. Angela Merkel of Germany, Christine Lagarde of France, and Nancy Pelosi of the United States topped the list. Popular figures such as Oprah Winfrey, Nirmala Sitharaman, Ivanka Trump also made it to the list. The list with many other strong and powerful women is another indication of women showing visible leadership and accomplishments. The women in this list have shown leadership in education, charities for the poor, in business, cultural affairs, and various other fields. In the political domain, leaders such as Angela Merkel of Germany who’s leadership has provided a model for women in politics, and Jacinda Ardern of New Zealand who has shown immense caliber in running a country. They have shown immense leadership skills that not only set an example to their respective countries but also the entire world. In the last 50 years, around 56 women have served as President or Prime Minister of their countries. We have women judges that hold high positions in several prominent international organizations.

The list is an example of women displaying leadership and the fact that one of the hardest “glass ceilings” in the world is being shattered. The MeToo movement has been a great support for women speaking out against harassment and sexual assault in the workplace. This has brought in a significant step in removing obstacles to women’s advancement. Though this movement has made some males think before reaching out to women, it is in no way an excuse to stop or slow down the commitment towards this movement. The movement has brought out many debates that should have happened earlier, which has brought in the discussion of traumas and violence that women face at all levels of the hierarchy.

The most recent example of women’s leadership can be the handling of Covid. Data shows that countries with women leaders have handled the crisis of Covid better than countries with male leaders. Despite having a similar number of cases, countries with women leaders have saved almost two times more lives than male leaders. This indicates that women leaders reacted promptly and were not willing to risk people’s lives by imposing nationwide lockdown earlier than their male counterparts. Though they are quite aware that this might lead to longer economic implications but at the same time they put the public’s safety and health in priority. Bangladesh, being a densely populated country, has seen only  1.3% of deaths due to the virus in comparison to the global average of 3.54%. Prime Minister Sheikh Hasina conducted nationwide broadcasts diffusing panic with the help of the frontline workers. Taiwan has had around 486 deaths even though it is in proximity to China. With Taiwan’s quick digitalization of health records, health officials were able to obtain data to send alerts to doctors, leading to managing the situation.

The above-mentioned examples are only a few of the achievements that women are obtaining daily. Women today, in multiple contexts are becoming comfortable in exercising authority and power and it shows that they are concentrating on gaining the power to get things done. With time, women are only becoming confident and contributing to the development of not only their country but to their gender. The Forbes list is a list to indicate that women are as powerful as men and that they are able to not only achieve things in the soft domains but are also able to lead in hard domains. The management of Covid, the activism revolving around MeToo, the ownership of strong businesses shows us the competence of women and their leadership abilities and that there is a promising bunch of women who are waiting to pave a path for other women to grow and lead.