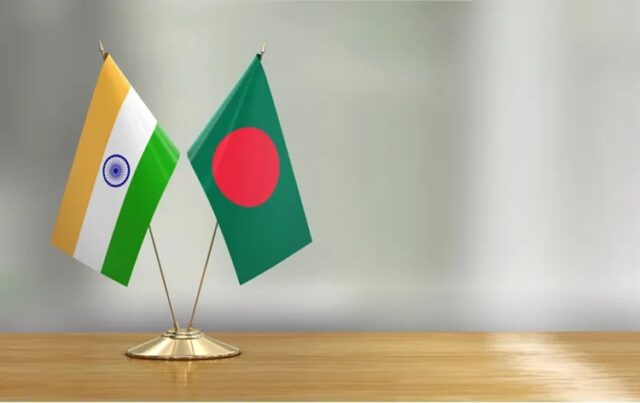 The 18th Meeting of the Joint Working Group (JWG) on Security and Border Management was held between India and Bangladesh on December 5th and 6th, 2022. Additional Secretary, Ministry of Home Affairs, Piyush Goyal, led the Indian delegation, and the Bangladesh delegation was led by A.K. Mukhlesur Rahman, Additional Secretary, Ministry of Home Affairs, Government of Bangladesh. Both nations’ leaders discussed the issues of common concern between the two neighboring countries that share a border of 4096 km. According to the officials, this Additional Secretary-level meeting is a preparatory event for Home Secretary-level talks between India and Bangladesh in the run-up.

Home Minister of India Amit Shah met his Bangladeshi counterpart, Mr. Asaduzzaman Khan, on the sidelines of the “No Money for Terror” Conference, which was held in New Delhi recently. Both sides had productive discussions on common security-related issues and border management during the meeting.

Following on from the meeting that was held between the two ministers last month, at Tuesday’s meeting, the two sides highlighted the excellent bilateral relationship between the two nations. They expressed a desire to deepen their commitments and strengthen cooperation on security and border issues.

The Bangladeshi side recalled the contribution of India during the time of the Liberation War of Bangladesh in the year 1971. Bilateral matters such as developmental works and border fencing within 150 yards of the international border, bilateral cooperation in checking insurgency, illegal crossing, combating terrorism, smuggling, and organized crime, etc. were discussed during the meeting. Some of the other issues discussed were expediting the process of handing over the criminals in either country, drugs, arms, and ammunition, immediate action based on real-time and actionable information on the smuggling of fake Indian currency notes (FICN), the menace of trafficking in women and children, and coordinated action against individuals, touts, and agents involved in human trafficking.

Both sides discussed the development of mechanisms to expedite the process of verifying the nationality and status of prisoners lodged in either country’s jails, particularly those who have served their sentence and are eligible for early repatriation, as well as the implementation of an agreement on the transfer of sentenced persons (TSP).The Coordinated Border Management Plan (CBMP), in letter and spirit, for effective guarding of the Indo-Bangladesh border is also among the issues that need to be implemented.

The 17th Home Secretary-level talks between India and Bangladesh and the Meeting of the Joint Working Group between the two nations were held in Dhaka, Bangladesh, from November 16–17, 2015, to discuss border management and security-related issues. The Indian delegation was led by the then Union Home Secretary Rajiv Mehrishi, and the delegation of the Bangladesh government was led by the then Senior Secretary, Ministry of Home Affairs, Dr. Md. Mozammel Haque Khan.