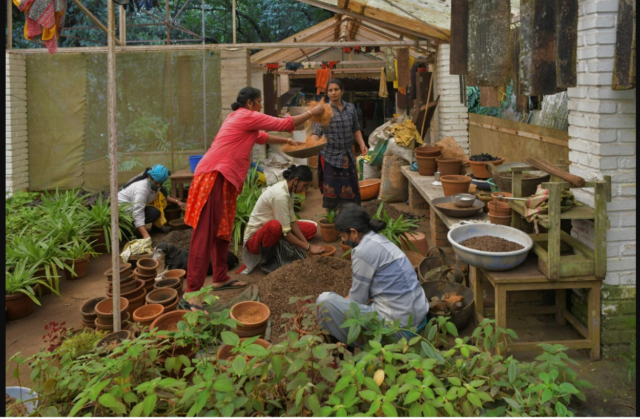 Western ghats are internationally recognized and hold great importance for the conversation of biological diversity. Approximately 30-50km inland it passes through the state of Kerala, Tamil Nadu, Maharashtra, Goa, Karnataka and Gujarat.  These mountains cover an area of around 140,000 km² in a 1,600 km long stretch that is interrupted only by the 30 km Palghat Gap at around 11°N. The forests of the site include some of the best representatives of non-equatorial tropical evergreen forests anywhere and are home to at least 325 globally threatened flora, fauna, bird, amphibian, reptile and fish species. Further, the globally threatened flora and fauna in the Western Ghats are represented by 229 plant species, 31 mammal species, 15 bird species, 43 amphibian species, 5 reptile species and 1 fish species. Of the total 325 globally threatened species in the Western Ghats, 129 are classified as Vulnerable, 145 as Endangered and 51 as Critically Endangered.

As deforestation and climate change is affecting the first, an all-female group is battling to protect the area’s last enclaves of biodiversity. They act as the guardians to the thousands of plants which if not protected will be lost forever. These women who worked under the Gurukul Botanical Sanctuary have only one aim to safeguard the floor and fauna of the area.

Gurukul was set up about 50 years ago by German conservationist Wolfgang Theuerkauf. Theuerkauf who became an Indian citizen in 1978 created this place to create provide a safe place for the native flora struggling for survival because of global warming and human encroachment, in the hope of slowly repopulating the region with indigenous plants. Three generations of “rainforest gardeners” including women from local villages in the hot and humid Kerala state have worked with botanists to build up the sanctuary. They replant the suffering flora, sift compost and seeds and make a malodorous natural pesticide from cow urine. As per the reports, between 30 to 40 per cent of the Western Ghats flora is under conservation. Further, there have been reports, 90% of the forest once graced the area have disappeared, a situation which has been described as an ecological “holocaust”. These women are not only trying to protect the western ghats but also finding ways to plant more of these seeds so that future generations are saved from the negative effects of human activities that are causing damage to the environment.