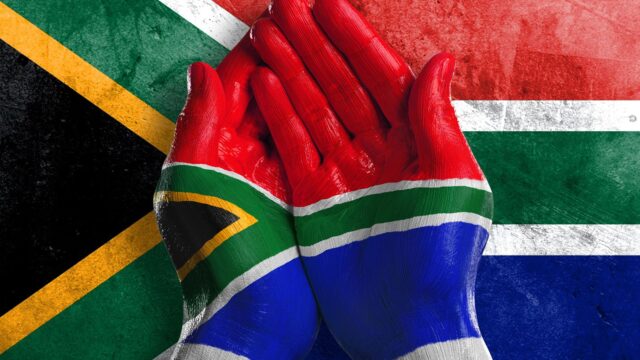 Although the country became independent in 1910, but due to its political in 1948 onwards (the policy of Apartheid), democracy only came in 1994, and with this it saw the election of the first Black President, Nelson Mandela.

The Country has been hit with the worst violence in years in July 2021. The former South-African President Jacob Zuma from 2009 to 2018 was sent to jail after he failed to attend an inquiry into corruption during his presidency. He was given a 15 Month prison sentence and he handed himself in to the police last Wednesday. Zuma, 79 is the former anti-apartheid fighter who spent 10 years in jail. He became the Vice-President and then the President of the independent and democratic South Africa before he was forced out by the ruling African National Congress (ANC) in 2018 as his involvement in the scandals rose. But he remains quite popular as the poor regard him as a defender of the disadvantaged.

The supporters of his have been blockading major roads and ultimately leading to riots. As pillaging erupted in the economic capital of Johannesburg and the south eastern province of KwaZulu-Natal, South Africa’s main opposition accused radicals of stoking the unrest. According to the Government officials, they are trying to halt the spread of the violence and looting, which has spread from Zuma’s home in KwaZulu-Natal (KZN) province to the country’s biggest city Johannesburg and surrounding Gauteng province, and to the Indian Ocean port city of Durban.

Poverty has increased by severe social and economic restrictions aimed at blocking the spread of COVID-19. Low income levels and unemployment are all time high in the country.  Protests have turned into looting as the general public is displaying their anger over the hardship and inequality over the years. More than 72 people have been killed in the unrest while 1,234 people have been arrested. Shops, warehouse and some COVID-19 Vaccine shops remain shut. Troops have moved in to flash points to help the outnumbered police too. Many are accusing the present President, Matamela Cyril Ramaphosa of being unable to control the riots and putting down a proper framework to protect the people. Zuma has yet not given up and still stands on his words of not being involved into the scandal and just denies the allegations put upon him. Yet it is hard to see the riots been settled so soon as the Plea to delay prison term of the former President of South Africa has been dismissed by the court.