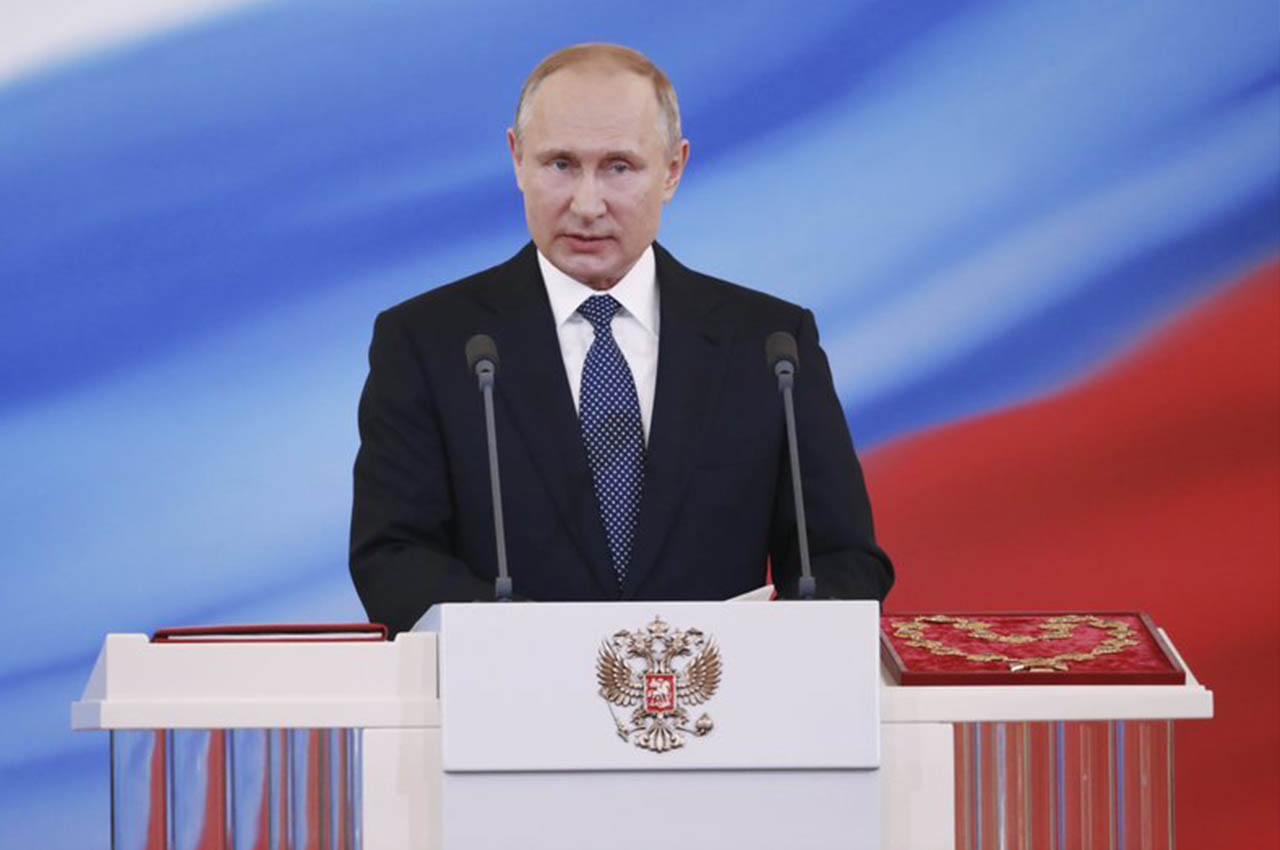 Vladimir Putin has taken the oath of office, continuing his presidential legacy for the fourth term. He has become Russia’s President for the fourth time by winning 77% of vote in March elections, where he faced no serious challenges. His only serious opponent, Alexei Navalny got caught guilty of embezzlement and hence, was barred from running elections.

Putin will continue the presidency for next six months.

President Vladimir Putin’s inauguration at Kremlin looked more like a coronation with parade, cathedral prayer service and firing of cannons. Putin walked on a red carpet, carrying out his presidential march towards the hall, full of 6,000 invited guests, in a televised ceremony on Monday.

In Andreyevsky Hall of the Grand Kremlin Palace, he swore to protect Russian people, safeguard rights and freedom and protect Russian sovereignty, over a gold-embossed Russian constitution.

“Taking up this post, I feel a colossal sense of responsibility,” Mr. Putin told his audience of Russian officials and foreign dignitaries, among them former German chancellor Gerhard Schroeder.

In the guests list, top Russian politicians and officials, the head of Orthodox Church and Putin’s friend from Hollywood, Steven Seagal, were invited.

Putin, former KGB agent, has been acting as the president since Boris Yeltsin resignation in December 1999. Russia’s economy is the main concern for Putin. With 20 million Russians living under poverty line, the country’s economy has taken a bad hit since 2008 global recession. Russia’s GDP is predicted to increase with growth rate of 2% in 2020. Russia also has military involvement in Syria and high profile engagements in Crimea and eastern Ukraine.

In his speech, Putin has declared that for Russia to breakthrough in all aspects, it has to become a free society.