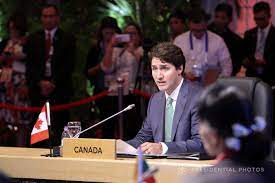 Canadian Prime Minister Justin Trudeau announced various measures to strengthen ties with the Association of Southeast Asian Nations (ASEAN) during his speech at the ASEAN-Canada Commemorative Summit, which was held on November 12, 2022. The relationship between Canada and ASEAN is deeply rooted in people-to-people, diplomatic, and commercial ties. To further strengthen this partnership, Canada is advancing shared priorities, including peace, security, stability, trade and investment, sustainable development, and prosperity in the Indo-Pacific.

Some of the Measures Announced at the Summit

Canada will strengthen its relationship with ASEAN by contributing to the ASEAN-Canada Plan of Action Trust Fund. This collaboration between Canada and ASEAN will help ensure strong regional engagement with ASEAN, close development gaps, and facilitate important trade negotiations while strengthening the relationship between the two nations. A part of the fund will help support the participation of the member countries of ASEAN in negotiations toward a Canada-ASEAN free trade agreement (FTA). This will create good job opportunities and new avenues for people and businesses in Canada and ASEAN Member States while opening new markets for Canadians.

A Jakarta-based series of Women, Peace and Security (WPS) dialogues will be hosted by Canada with the ASEAN in 2023, which is in line with the ASEAN’s Regional Plan of Action on Women, Peace, and Security in ASEAN. The dialogue series will include Canadian civil society and non-governmental organizations, providing a forum for discussions on the implementation of the WPS agenda in ASEAN and other priorities, such as increasing women’s political leadership. WPS is a shared priority for both ASEAN and Canada.

As a country in the Pacific, Canada is keen on boosting its ties with the Indo-Pacific, which play a crucial role in Canada’s economic growth, prosperity, and security. Canada will continue to work with the Indo-Pacific partners to initiate progress on shared priorities and enhance its engagement through the Indo-Pacific Strategy (IPS) of Canada, which is set to be released soon. Mélanie Joly, Canada’s Minister of Foreign Affairs, announced that IPS will focus on the following goals: ensuring resilience, peace, and security; investing in and connecting people; strengthening Canada’s role as an engaged and reliable partner in the Indo-Pacific; and many others.

This initiative will help institute and enhance the Canadian hub in Southeast Asia, the Canadian Trade Gateway, which is to be designed and led by private sector partners. The Gateway will contribute towards a dynamic and modern environment for Canadian business leaders to meet as a community, leveraging strengths, identifying common interests, and promoting greater economic innovation and cooperation in the region. The Gateway will advance business and investment networks in Canada, linking businesses to existing incubators and accelerators and increasing awareness of Indo-Pacific markets.

The region of the Indo-Pacific is home to most of Canada’s international students. Canada’s IPS will expand the successful Canada-ASEAN Scholarships and also the Educational Exchanges for Development (SEED) program, which to date has welcomed 325 students from ASEAN to Canada. The improved programme will lead Canada in reaching out to developing Indo-Pacific countries, encouraging valuable exchanges and skill sharing while also introducing more research and education in common fields of interest.

Multiple other measures were announced at the commemorative summit that will enhance the growing partnership between Canada and ASEAN.