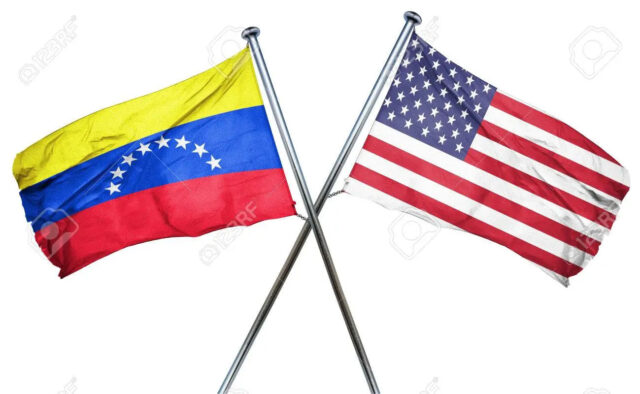 According to reports, officials from the US government met Venezuelan officials on 5 March in the Venezuelan capital Caracas. Sources suggest the sides discussed ways to ease sanctions against Venezuela. However, there was less progress in the talks.

Both sides were meeting after years. Observers believe this is an attempt by the US government to isolate Russia amid ongoing fighting in Ukraine.

Sources said one of the parties to the meeting spoke about “maximalist demands.” Ties between the US and Venezuela have been strained over ideology and posturing in the international arena.

The US side was represented by Juan Gonzalez – a senior White House Latin America adviser, and Ambassador James Story. From Venezuela, President Nicolas Maduro and his Vice President, Delcy Rodriguez were leading the talks. The meeting was held in Miraflores Palace.

Roger Carstens, the special presidential envoy for hostage affairs was also there during the talks. Carstens, according to sources was seeking the release of American nationals held in Venezuela. Other than American citizens, dual nationals including some Citgo executives are held in the country.

Caracas is one of the closest allies of Russian President Vladimir Putin. Reports suggest the meeting also to gauge if Caracas was ready to distance itself from Moscow over Ukraine.

The US government is also looking for alternative sources of oil supply, following sanctions against Russia. Supply from Caracas is likely to ease oil supply if the US lifts sanctions.

While media went ahead and reported about the meeting, however, the White House, the US State Department, and the Venezuelan Ministry of Information have not shared any information in the public domain.

This is the highest-level visit by US delegates since 2019. The US broke off diplomatic ties with Venezuela in 2019 and President Maduro following allegations of electoral fraud against him. The US government then imposed sanctions against the government, senior government officials, and oil exports. Washington also recognized the opposition leader Juan Guaidó, as Venezuela’s lawful president.

This move brought Maduro closer to Russia, China, and Iran.

Russian banks and oil companies have played a key role in continuing to buy Venezuelan oil during this period.

The latest talks with the US officials might come as a relief to Maduro government.

WHO’s warning to world: Coronavirus ‘may never go away’