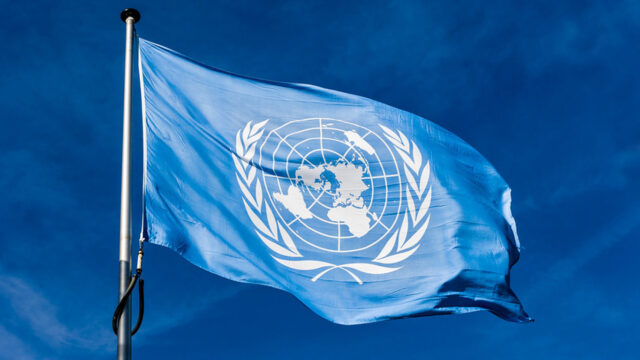 United Nations Security Council (UNSC) has called for an open meeting on the escalation violence in Israel and Gaza. The meeting will be held virtually on Sunday, May 16.

China’s Permanent representative to the UN, Zhang Jun tweeted that the meeting will be held at 10 AM EDT on May 16. At UNSC, Mr Zhang Jun urged everyone to maintain peace and stop violence.

He urged all parties to “end acts of hostilities” and  abide by relevant UN resolutions and obligations under int’l law. He also advised all parties to refrain from actions that may lead to further escalation.”

The tweet by Mr Zhang Jun also said, “China is deeply concerned about escalation of tensions in the Occupied Palestinian Territory. UNSC should act now and send a strong message. Regret a Friday meeting was blocked by one member.”

The United States (US) had blocked the press statement of the previous meeting.

In a third such meeting in the last six days, China, Norway and Tunisia called for the latest meeting. Two closed door meetings were held on May 10 and May 12 previously. Tor Wennesland, Special Coordinator of the Secretary-General for the Middle East Peace Process briefed the UNSC members in the last two meetings. The upcoming meeting will be the first one to be held openly. Representatives of Israel and Palestine, which has observer status in the UN, are expected to participate.

UN Secretary-General António Guterres is expected to deliver an address at the meeting. In a statement, the Secretary-General called to “immediately cease fighting” and expressed concern that the ongoing conflict has caused “great suffering and destruction.”

“The parties must allow for mediation efforts to intensify with a view to ending the fighting immediately. The UN is actively involved in such efforts, which  are also crucial for delivering much needed humanitarian aid to the affected people in Gaza,” said the statement.

The violence in Gaza and Israel has escalated following the clashes between Palentenian protesters and Sraeli Police. Hamas, a militant organisation which controls Gaza had launched rockets on Israel. However, Israel’s “Iron Dome Aerial Defense System” intercepted rockets mid air. The videos of the skyline lit with blasting rockets akin to fireworks were doing rounds on social media. The violence has claimed more than 100 lives so far and hundreds more have been injured.

Israel’s defence forces announced on twitter that it is also mobilising the ground forces in Gaza.

“IDF air and ground troops are currently attacking in the Gaza Strip,” said the tweet from @IDF, official account of the Israeli Defence Forces.